How much is Ivana Trump worth?

Ivana Trump is a business woman, fashion designer, and former model, and though she has found success on her own, she is most famous for being Donald Trump’s ex-wife. The two were married in 1977, and was hired by him to handle many different factors of The Trump Organization. The couple had several children together, most notably Ivanka and Donald Jr., who are always in the spotlight due to being children of the 45th President of the United States. Ivana was the subject of major coverage by the press in the 90s owed to her divorce from Trump, which was heavily reported on in 1992.

Ivana did not come from a rich family before she met Trump, and though she had found success in skiing and modeling, it wasn’t until her encounter with Donald when her life began to change. Before marrying Trump and becoming a successful business woman herself, Ivana was extremely talented in an array of different fields, especially skiing, as she took up the sport from as young as four years old and joined the junior national ski team.

Czech-American businesswoman, media personality, fashion designer, author, and former model Ivana Trump has an estimated net worth of $50 million dollars, as of 2022. In 1977 Ivana married Donald Trump and quickly demonstrated her skills as an artful businesswoman, as well as a loyal wife.

Ever since that age, Ivana began skiing competitively and she may have been selected as an alternate on the Czechoslovak ski team for the 1972 Winter Olympics. However, no official confirmation was made by the Czech Olympic Committee. After her stint in competitive skiing, Ivana became a model, and a group trip to New York in 1976 was when she met Donald Trump changing her life forever. In the 1980s, the couple became leading figures amongst other billionaire New York socialites.

In this time, Ivana helped Trump on projects such as the iconic Trump Tower on Fifth Avenue in Manhattan, the Grand Hyatt Hotel, and the Trump Taj Mahal Casino Resort in Atlantic City. At several different points, Ivana was Vice President of interior design, CEO and president of Trump’s Castle casino resort, and manager of the Plaza Hotel. She was completely responsible for the entire design of Trump Tower.

At the back end of the 1980s, Ivana’s marriage with Donald was becoming troubled and it was heavily reported on as the couple had become so popular and one of New York’s biggest power couples. In 1989, a heavily publicized vacation to Aspen the couple went on over Christmas made headlines all over the country, as Ivana locked horns with Trump’s mistress, Marla Maples.

The couple’s fighting got so extreme that Trump had even reportedly locked Ivana out of his office. What came in the aftermath were lengthy divorce proceedings and legal battles in regards to the legitimacy of prenuptial agreements they had agreed years before.

Ivana’s fame and success is continued through her children, as her sons, Donald Jr and Eric, and her daughter, Ivanka, are all heavily in the public eye. Eric is Vice President of The Trump Organization and has appeared alongside his father as a boardroom member in The Apprentice.

Donald Jr is also a Vice President for the company, but he also serves as an advisor for Trump’s presidential campaign, being extremely active on Twitter and spreading rumors, conspiracy theories, and falsehoods. On top of being the third Vice President of The Trump Organization, Ivanka is a model, has run a clothing company, and is the author of two self help books.

When the couple divorced, Ivana received tens of millions of dollars in a divorce settlement, as well as a 45 room mansion in Connecticut and an apartment in the Trump Plaza. Ivana used the money from the settlement to start a clothing line along with jewellery and beauty products, which were often sold on the Home Shopping Network. And in the mid-90s, she started House of Ivana, a fragrance and fashion company.

Since then, Ivana has built somewhat of her own empire, as she now has her fingers in a lot of companies domestically and internationally. She owns 33% of Croatia’s second largest daily newspaper, has launched her own lifestyle magazine, and she has published several books, many of which are self-help books. On top of that, Ivana has made millions in several lawsuits. Besides the divorce from Trump, Ivana sued Finnish fashion brand, Ivana Helsinki, for using her name, and sued her second husband, Italian businessman Ricardo Mazzucchelli, for a reported $15 million in 1997.

Ivana’s success is unlike many others’ as she defied the stereotype of socialites in New York. While all of her friends were happy enough just fine dining, day drinking, and shopping sprees, Ivana decided to work full time for the Trump Organization.

It was thanks to this that she learnt the ins and outs of business and expertly honed in on how to manage a company. If it wasn’t for her going against the stigma of her social circle, she wouldn’t have been able to successfully concurrently run several businesses for three decades.

Most of her success can be credited to the remarkable amounts of energy Ivana has, as she was even able to do this while raising three children. Not only did she work full time, but in her golden age in the 1980s, she worked tens of hours of overtime every week. Though she worked these long hours, her peers have said that her energy never slows down. Even her own children are surprised by her energy, as Ivanka Trump has said that “she has more energy in her pinky than most people have in their entire body”.

Though the copious amounts of success Ivana has seen could easily be chalked up to marrying Donald Trump, she has actually worked insanely hard in the background and could even be looked at as being a prominent figure in building the Trump Organization to what it is today. Though it pales in comparison to her ex-husband, Ivana has a huge estimated net worth of $50 million. Most recently, Ivan released the book, Raising Trump, which was about her years raising her three children with Donald Trump. 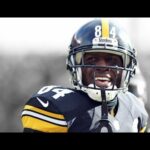 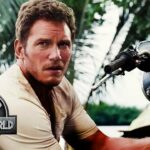