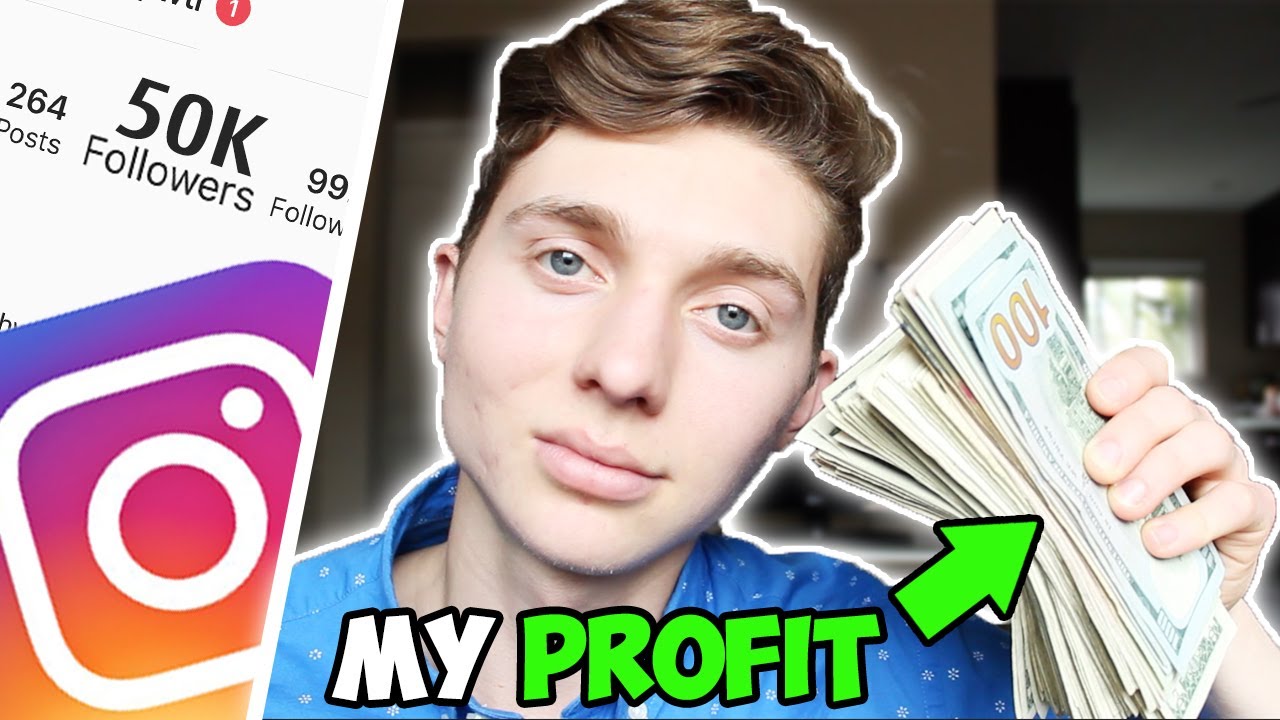 Where-ever you scroll on Instagram these days, there are literally HUNDREDS of offers being promoted through various social media channels. This is a trend that has really caught on!

So if you’re wondering how Instagram users make money, now you know. Social media influencers are usually paid per post to endorse products and services.

Eventually, after a while we all go through it, you wonder…

The society has labeled them influencers and that’s the perfect word to describe them. These people have established their own digital empire. Starting out by creating semi-filtered posts and then suddenly promoting the latest trend, gadgets and things “every one needs!” LOL

Still it’s an honest business that relies on you, for example: 1). creating a page, 2). building an audience and, 3). selling advertising space in the form of a paid Instagram post.

The sales come from the authority of the Instagramer combined with real social engagement from the audience. After building a reputation, an influencer is paid in money, products, and most notably, fame.

This fame they receive on the platform comes in the form of followers, likes and comments — and Instagramers can expect to be paid in proportion to the following and engagement that they have.

Just to have an idea of how financially independent one influencer can be, we are putting their thousands of likes to the test. We’re also going to check how realistic and achievable that task is.

‍Every aspiring influencer knows how the influencer ladder works. You get paid more per post, as long as you have a higher follower count. This comes from the idea that the more people see the content, the more brands will be willing to pay for it.

Let’s dive in to see how many followers you need to make a profit with your Instagram account.

Sorry! Although it sounds like a nice idea to quit your day job and earn money from Instagram with your 1k of followers, it’s highly unlikely you will earn much at all from this small number. The way Instagramers make money is from advertises sponsoring posts, and there are very few people targeting accounts with this few followers.

‍The so-called “micro” influencers have cleared the 1k mark and are at anywhere from 5,000 to 10,000 followers. The people behind these handles aren’t very popular and they’re still trying to grow their pages around a specific niche by posting posts that resonate with their audience.

A recent survey shows that these accounts have an income of about $88.00 per post. Not bad! That means if you manage to make 10 sponsored posts per month your revenue is $880 with very low costs.

10k of followers also opens a lot of doors for collaborations and this is something you absolutely must do. By getting mentions in other top Instagram accounts you can begin to exchange followers.

REMEMBER: Instagram is not a zero sum game. Which means just because you promote another Instagram account and some of your followers now follow that account, it doesn’t mean they stop following you! In fact it helps you further because now that Instagram account will likewise mention you and you will 1). benefit from increased followers from their audience and, 2). stay relevant as your audiences are now blended and they are part of your little society.

Usually at the 10k of followers mark there are lots of free perks at this level, because often advertises would prefer to exchange products for sponsorship, and hey! Before you turn your nose up some of these things are items you would purchase anyway and cost far more than the amount that they would pay in cash.

‍Influencers with less than 100k of followers but waaay more than 10k are receiving direct messages from brands around the clock. They frequently ask for product endorsement in exchange for freebies, most commonly designer-labeled clothes, monthly packages (health and wellness), and even a free meals from restaurants that are looking to benefit from the exposure.

Some occasional money may come in, however, most of these social media gurus are hesitant to start charging right away, as this could de-legitimize their growing success.

Let’s take for example a self-proclaimed “foodstagrammer” that currently has 80,000 followers. Despite the hundreds of likes that they receive for each post, their account is still waiting to be monetized until they hit the 100,000 followers mark.

They hold off til 100k of followers because then they can demand a higher price from the start of the contract. While if they started at 80k of followers they would be inevitably be bargained lower and that can be hard to change once you are regularly promoting content for an advertiser.

As an unspoken rule, the influencers can expect to receive about $10.00 for every 1,000 followers that they have, provided they achieve 100,000 followers first. Charges for posts before they hit this mark may result in getting paid less, it’s worth while to focus on collaborations at this point instead to boost your followers and join in more Instagram communities.

Influencers with 50,000 to 80,000 followers receive approximately $200.00 per post. That price changes and it’s based on the advertiser, negotiation and how low you are willing to go. That’s why pushing to 100k of followers first is better because you can get as much as $1000 per post and you hold the high ground because you are now a respected account.

Another way of earning before the 100k mark is reached is as an affiliate.

Most accounts make deals with brands and receive their own promotional codes (affiliate codes) that they share on their feed, and every time a new user uses their code, they make a percentage of the sale. Others go for giveaway deals that boost their popularity and follower count.

These middle-tier accounts have impressive followings. They are maintaining their presence by working vigorously and are trying hard to turn their accounts into a full-time career. Most wash out, yet the ones who succeed can earn and live off one Instagram page.

While there is no standard manual or rules that influencers can follow on what to post and how much to charge. It’s well know that if you have over one million followers of your account, you hold the high ground in the negotiations and advertises will prefer to work with you.

The large accounts have plenty of features that lower-tier handles don’t have access to such as verified accounts (the “blue checkmark”) and the “swipe up” option on an Instagram story. Brands and companies look for these specific features so they can have more effective influencer ad campaigns.

For an account that has more than one million followers, when it comes to charging, the sky really is the limit for them.

“There’s something like an unspoken rule that the influencers can expect to receive $10.00 for every 1,000 followers they have, as long as they have achieved the 100,000 threshold.”

If you’re curious about your account and whether it has what it takes to start, then check the following criteria:

When it comes to influencers, it’s so much more than just tagging brands and taking aesthetically-pleasing photos. The Instagram gurus need a committed following that will engage with their content as much as possible.

Building your following and ensuring that they are engaged and comment, share and engage with your content is your number #1 priority. People sell followers in mass and it’s even possible to buy 100,000 followers, but if these people don’t engage, don’t expect to be paid.

Most of the middle-tier influencers are added to direct-message groups called “pods”, in which there are 15 other accounts who are trying to make it big. These societies help to spread around followers and interactions from similar accounts and market segments.

According to their community, the influencers in these groups share new posts with the expectation that everyone else needs to engage with those accounts. The comments should contain at least five words and include emojis, so that way, their engagement can hopefully increase.

Whether they want to participate in such groups or not, that can have an impact on how much an influencer can make from their account.