How much is Illenium worth?

Illenium is the stage name of Nicholas Miller. He is an American DJ, musician, and record producer. His career started in 2013 and since then, he has released three studio albums. In addition to his successful albums, the DJ has released several number one hits with popular artists such as “Good Things Fall Apart” in collaboration with Jon Bellion, “Takeaway” with The Chainsmokers, and “In Your Arms” with X Ambassadors.

Illenium became famous after the release of his first studio album Ashes in 2016. Nicholas was born on December 26, 1990, in Chicago, Illinois. Raised in San Francisco, he attended the St. Ignatius College Preparatory from which he graduated in the early 2010s.

American musician, DJ, and record producer Illenium has an estimated net worth of $1.5 million dollars, as of 2023. He has become much more famous since releasing album ‘Ascend’ in 2019 on Astralwerks.

At the time, he began recording and writing his own songs and developed an interest in music, especially the electronic genre. Around the same time, he attended a Bassnectar show, which inspired him to focus on the electronic and trap genre.

In 2013, he moved to Denver where he continues to reside to this day. Also that year, he enrolled in the University of Colorado Denver. After two years, he graduated from the Music and Entertainment Industry Studies Department.

During that time, he completed his first studio project, an EP, and worked various jobs such as delivering sushi and coaching lacrosse. His first self-titled EP was released in May 2013. That same year, he began producing remixes for various artists such as Florence and the Machine, Lana Del Rey, and Odessa.

Illenium became rich after he signed a recording deal with well-established labels such as Astralwerks, 12 Tone Music, Armada Music, and OWSLA. Prior to this, in 2015, he released many singles such as “Chosen You”, “Painted White” and “I Will Be Your Reason”. The following year, in February 2016, he released his first album Ashes and launched his own label Kasaya, with the contribution of Seeking Blue.

Despite not having a commercial success, the album entered two US Billboard charts, specifically the Top Dance/Electronic Albums and Heatseekers Albums. From the sales and promotions, Illenium was able to earn an estimated net worth of about $300 thousand by the end of 2016.

To further promote his debut album, the DJ and musician, embarked on his first national tour. Simultaneously with his own tour, he also toured the United States with other artists such as The Chainsmokers, Said The Sky, Kerlin, and Griffin.

The following year, in September 2017, the artist released his second album Awake.

The sophomore album was far more successful and earned him an estimated $50,000 from sales, promotions, and guest appearances. By this time Illenium is estimated to have had a net worth of $450 thousand.

He then created a remix of Halsey’s number-one hit Without Me in late 2018, which achieved more than 20 million streams in just a few months time. At this time Illenium’s career really began to take off and he became noticed by a wider audience and was started to be paid far more for his live events.

In 2019, the DJ and record producer teamed up with Bahari, The Chainsmokers, and Lennon Stella for two of his best collaborations to date – “Crashing” and “Takeaway”. He had earned an estimated net worth of $1.5 million by the end of 2019 and cash was coming in faster than ever from his music.

Also that year, he released his third studio album called Ascend and signed a record deal with the label Astralwerks. He also embarked on his third national tour for a third consecutive year. In late 2019, he was added to Forbes 30 Under 30 music list, which highlights successful musicians from different genres.

While Illenium is only just getting started his net worth is already estimated to be at over $1.5 million. DJs can either earn next to nothing or packets of money and it seems Illenium is vying to be in the second group.

The things that make Illenium so successful are his chart-topping remixes and critically acclaimed studio albums. Shortly after the release of his sophomore album, which did far better on the music charts than his first, he collaborated with artists such as Kill the Noise, Mako, Excision, and Call Me Karizma.

Illenium is one of the quickest rising stars in the electronic music. The disc jockey and electronic producer began his music career less than 10 years ago and has already found a lot of success in the music industry. He’s the recipient of two International Dance Music Awards, two International Singing Competition Awards, and one Electronic Music Award. 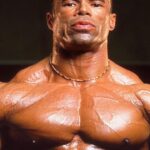 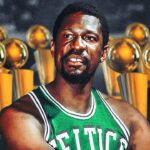