How much is Ice-T worth?

Ice-T, born as Tracy Lauren Marrow on February 16, 1958, is an American rapper, actor, producer, activist, and author. He is famous for his albums, both solo and with the band he co-founded, Body Count.

His album, Power, went Platinum in 1988. In the early ’90s, he embarked on an acting career that is still strong today, starring in Law and Order: SVU and hosting a true-crime documentary, In Ice Cold Blood. Ice-T has two children from two previous girlfriends, daughter LeTesha Marrow, born in 1976, and son Tracy Marrow, Jr., born in 1992. In 2002, Ice-T married Nicole “Coco Marie” Austin, a swimsuit model. Their daughter, Chanel, was born in 2015.

American rapper, actor, songwriter, and producer Ice-T has an estimated net worth of $55 million dollars, as of 2022.

Ice-T’s music is viewed as influential for many famous rap names, including Tupac Shakur and Eminem.

In one of his first releases with Body Count, the song “Cop Killer” caused controversy, marking him as a rapper to watch. Ice-T quickly rose to fame with high-selling albums like Rhyme Pays and Power. Ice-T has remained in the public eye with his music and his acting career, becoming a staple in audiences’ living rooms as the character Detective Odafin Tutuola on Law and Order: SVU.

Ice-T is known for his openness about his early life of crime and his business acumen. He regularly produces and hosts various events and documentaries and stay active in the public eye due to his activism and his continual career in both acting and rapping.

Other than his albums Power and Rhyme Pays, Ice-T released The Iceberg/Freedom of Speech . . . Just Watch What You Say in 1989, which increased his popularity, garnering great reviews from the music industry for his lyrics and social commentary.

Famously, his album O.G. Original Gangster, released in 1991, is credited with defining gangsta rap as a genre.

He appeared in the documentary, Pimps Up, Ho’s Down, where he spoke about his experiences in the criminal life. After appearing in several shows and TV movies produced by Dick Wolf, the creator of the Law and Order franchise, Ice-T was cast on Law and Order: Special Victims Unit in 2000.

In one of his first appearances on a Dick Wolf produced show, New York Undercover, in 1995, Ice-T earned the 1996 NAACP Image Award for Outstanding Supporting Actor in a Drama Series. In 2002, he won a second Image Award in the same category for his work on Law and Order: SVU.

Ice-T’s parents both died before he turned eighteen, leaving Ice-T to be raised from the age of thirteen-years old by his aunt in South Los Angeles. In high school, as the story goes, Ice-T got into petty criminal activity, but after his daughter was born in 1977, he joined the Army, where he learned discipline, but also met mentors in both the music and criminal arenas.

Ice-T apparently continued to dip his toes into criminal activity until a close brush with the law caused him to turn to music instead. Ice-T learned to play the game’, both musically and in business. He has carried this advice into his rap and acting career. His openness about his early years and his brushes with criminal activity has earned him a unique following within the hip hop community.

Ice-T has claimed that he has participated in bank robberies, “pimping”, and various other activities. After some close friends were arrested, Ice-T turned from a life of crime to music instead. Ice-T is also not afraid to stand up for his right to rap and say what he wants. When his album, Home Invasion, was held back due to controversy around the song “Cop Killer”, Ice-T split with his previous record label and revived his own, Rhyme Syndicate, and eventually released the controversial album. 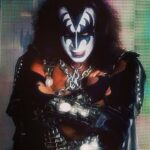