How much was Humphrey Bogart worth?

Who Is Humphrey Bogart

Many stars peak early in their careers, fading into obscurity or taking unworthy roles. Not Humphrey Bogart. His career took the opposite path. From early, typecast roles as gangsters and thugs, Humphrey DeForest Bogart broke out as a leading man in middle age to become one of Hollywood’s highest-paid stars and guaranteed box-office draws.

A bad boy, a serious drinker and a heavy smoker on and off the screen, Bogie helped create the persona of the Hollywood megastar. Married four times, most famously to Lauren Bacall, he was a founding member of the Rat Pack who lived and worked hard. Since his too-early death at age 58 of cancer, Bogart’s legend has only grown.

American film and stage actor Humphrey Bogart had a net worth of $10 million dollars at the time of his death, in 1957. An average Humphrey Bogart movie grossed $115 million in adjusted box office revenue.

Born in New York to wealthy parents in 1899 – his father was a surgeon, his mother a successful illustrator – Humphrey Bogart served in the Navy in World War I, where he somehow gained the signature scar on his lip and a sort of half-lisp. There are many stories as to how it happened – a combat wound, a fight with a POW, and most commonly, an accidental splinter.

No matter how it happened, it worked. Bogart was no pretty boy. Handsome in his own way,the scar, the wolfish grin, the perpetual stubble and the shadowed eyes gave him a distinctly masculine – and somewhat dangerous – air, catnip for many female movie-goers.

Bogart had modest successes on Broadway, but as the movies picked up in popularity in the ’30s, he moved to Hollywood. He found work at Warner Brothers in roles as underworld characters. He often lost bigger parts to more well-known gangster types, including Edward G. Robinson and George Raft.

His first breakthrough role came when Leslie Howard insisted that the studio pass over Robinson for Bogart as the evil Duke Mantee in the Petrified Forest – the 1936 film of Robert Sherwood’s play. (Bogart had played the role on stage.) It was a smash, but the studio didn’t see his potential. Bogart remained pigeonholed in gangster roles.

More than a decade after he came to Hollywood, Bogart established himself fully as a leading man when Raft turned down the lead in 1941’s High Sierra. It was another smash.

Soon after came The Maltese Falcon, the wildly successful first film of his long collaboration with director and close friend John Huston. Although Bogie had never lacked for work, the juicy roles came fast and furious. Many stand in the pantheon of great American classics, including Casablanca, The Caine Mutiny, The Big Sleep, The Treasure of the Sierra Madre and the glorious The African Queen, the last two both Huston films. The African Queen his only screen pairing with Katharine Hepburn, also brought him his first and only Oscar.

Finally one of Hollywood’s bona fide superstars, Bogart made millions and led a raucous life off-screen. Nevertheless, he is universally credited with solid professionalism, always on time to the set with his lines learned, ready to work.

While Bogart proved early on that he could play a chilling gangster, his later roles were more richly layered, whether villains or heroes.

Detectives: In The Maltese Falcon, his Sam Spade established the film noir archetype of the tough private detective, living by his own rules and his own moral code, a role he improved on as Phillip Marlowe in The Big Sleep.

Reluctant Heroes: Casablanca allowed him to play a more complex romantic hero, a man with a shadowy past but once again, a clear moral compass. It’s a great love story, but it also gives Bogart range with a great buddy story, a terrific ensemble cast and even a few action sequences. Its status as Bogie’s best known role was cemented by Woody Allen in 1972’s Play It Again, Sam where the nebbishy Allen is advised by an imaginary, trench-coated Bogart.

His Oscar-winning role as Charlie Allnut in The African Queen was neither tough detective nor sophisticated bar owner, but an earthy, simple man mismatched with Hepburn’s prim spinster in an unlikely love story and wartime adventure. At 52, he delivered a warm, funny and sure performance.

Villains: His later villains were far more complex than his early gangsters. Not to be missed is his turn as Fred C. Dobbs, a drifter undone by his own greed in the masterful Treasure of the Sierra Madre, and his paranoid Captain Queeg of The Caine Mutiny, an unhinged naval officer constantly clicking steel balls together.

By all accounts, Bogart was a hard-drinking, hard-partying man throughout his life -and a philanderer and womanizer until he met his match, Lauren Bacall.

His first two marriages, to stage actresses Helen Menken in 1926 and Mary Phillips in 1928, were short-lived. Menken was an established Broadway actress some years his senior, and cynics have suggested that marrying her was a good career move. Phillips refused to join him when he moved to Hollywood.

His third wife was Mayo Methot, a stage actress who moved to Hollywood. Married in 1938, they were known as “the Battling Bogarts” for their public fights and drunken escapades.

That marriage ended in 1945, when the 45-year-old Bogart met the 20-year-old Bacall on the set of To Have and Have Not. It was by all accounts a happy marriage, producing two children. Bogart and Bacall were among the few stars who traveled to Washington to decry the tactics of the red-baiting HUAC (House Un-American Activities Committee), and they remained together until Bogart’s death.

A man who disliked pretension, Bogart had many fast friends who were also hard-drinkers. The legendary “Rat Pack” began when Bacall told the guests at the end of a particularly boisterous party that they “looked like a goddamned rat pack.” It was said that he and John Huston were the only members of the cast and crew of The African Queen who did not fall ill on location in Africa because they drank only scotch, never water – even brushing their teeth with whiskey.

An actor who transcended early stereotypes and grew into more complex and mature roles later in life, Humphrey Deforest Bogart is an icon of the American screen. A compelling leading man and a fascinating villain, he lived a rich life on and off the screen. 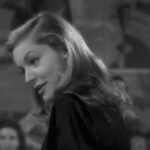 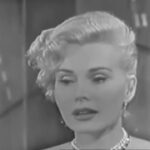