How much is Hugh Hefner worth?

He changed the face of men’s magazines when he published the first issue of Playboy in 1953. Since then, he’s become the most famous playboy in the world.

Who Is Hugh Hefner

He was perpetually decked out in a robe and slippers, but when you’re Hugh Hefner, you can do anything you want and make it stylish. Even in his 80s, this silver fox was the envy of every man on the planet thanks to his unlimited access to hundreds of bombshell centerfolds. And with a third engagement (to a woman young enough to be his granddaughter) under his belt, nothing could stop the young at heart Hefner until his dying day.

Playboy-founder Hugh Hefner, had a net worth of $110 million dollars at the time of his death in 2017.

Born in the windy city, Hugh and his younger brother, Keith, were raised by their conservative, Methodist parents. In high school, Hugh’s media prowess and ambition was obvious early when he launched a school newspaper—a skill he took with him when he served in the U.S. Army during World War II as a writer for a military paper. He was discharged two years later in 1946 and enrolled at the Chicago Art Institute before transferring to the University of Illinois at Urbana-Champaign to study psychology. It was there that he met his first wife, Mildred Williams, before he graduated in 1950.

After receiving his B.A., Hugh landed his first job at Esquire magazine in Chicago as a copywriter. After three years there, learning firsthand how a magazine functions behind the scenes, Hugh was determined to create his own publication—a men’s magazine that had the same qualities as Esquire but were executed in a different, better way.

Hefner began fundraising for his publication-to-be and even scored a $1,000 donation from his mother, who knew that if her son had an idea, it would come to fruition. Although Hugh had initially planned to name his fledgling mag Stag Party, copyright issues didn’t allow it, so Hugh went with Playboy at the suggestion of a friend.

In December of 1953, the monumental first issue of Playboy hit the stands with a nude Marilyn Monroe as centerfold. Apparently Hugh’s mother had the right idea when she invested in her son’s publication sight unseen—the magazine sold 50,000 copies and everyone was talking about when the second issue would hit the stands.

Although many criticized the magazine for its pornographic images, Hugh made the daring decision to continue to run the scandalous photos, juxtaposing them with thoughtful and smart articles—much like the playful, yet sophisticated, Playboy bunny logo. Six years after its inception, Playboy had reached circulation numbers in the millions but Hugh didn’t achieve the same success in his marriage. That same year, although they now had two children, Christie and David, Hugh and Mildred divorced.

Hugh became the face of the magazine—the elegant and debonair playboy in a red smoking jacket, surrounded by beautiful women. He had single-handedly put the sexual revolution of the ‘60s into words and photos within his publication. Hugh went on to turn the pages of the magazine into a television show when he created Playboy’s Penthouse and Playboy After Dark, which featured a talk show style and Hugh and his bevy of playmates. Things were getting larger than life for Hugh when he found himself traveling all around the world and between his Chicago and L.A. mansions on his “Big Bunny” private plane.

But the magazine couldn’t escape the climate of the rest of the world when the ‘70s brought a nationwide recession and Playboy suffered a drop in circulation. Forced to keep up with competitors like Penthouse and Hustler, Playboy began taking their centerfolds and pictorials to a more risqué and provocative level—straying away from the girl next door image that Hugh had originally envisioned.

But Hef’s fast lifestyle caught up with him in 1985 when he suffered a stroke, which forced him to reevaluate his lifestyle—no more wild parties and casual trysts. Instead, Hugh married longtime girlfriend, Kimberly Conrad in 1989. The two welcomed two sons, Marston and Cooper, to the playboy mansion, and were married for nine years before the eternal bachelor returned to his single roots in 1998.

Hugh didn’t stay down for long; that same year he was accepted into the American Society of Magazine Editors Hall of Fame. But Hugh got a new kind of extreme exposure, not unlike his centerfolds, when he signed on to the reality show The Girls Next Door in 2003. The show, which followed Hugh’s girlfriends’ lives at the mansion, was a huge success and brought Hugh his most recent girlfriend, Crystal Harris. In December 2010, the then-84-year-old Hef finally decided it was time to settle down once again when he proposed to the 24-year-old blonde bombshell.

Defining Quote “We’re not interested in splitting hairs, pubic or otherwise, to see ‘how far we can go’ without stepping over the line of legal obscenity. “ 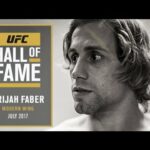 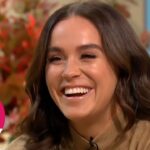