How much is Howie Mandel worth?

Howie Mandel or Howard Michel Mandel (born on November 29, 1955, in Toronto, Ontario, Canada) is a very popular TV personality, comedian an actor in both his home country Canada, and in the United States.

During his teenage years, Howie was a relatively problematic person, so much so that he was expelled from his high school for making fun of an officer and hiring a construction company to make some “necessary” modifications to his school!

After several attempts, he was able to graduate. He was working for some time as door-to-door salesman, but he decided that it wasn’t for him, as others had noticed in him talent for comedy.

This eventually led him to participate in comedy shows like the Canadian “Yuk Yuk’s” in 1978, then in the “Comedy Store” in Los Angeles from 1979 to 1980, among other TV shows and productions.

How Did Howie Mandel Get So Rich?

During the late 90s, after “Bobby’s World” was syndicated to Fox, Howie Mandel focused on getting ahead in his new TV show “The Howie Mandel Show”, however it didn’t go very well. The show ran for just two seasons, before being canceled in 1999. Another of Howie’s show from that period was “Hidden Howie: The Private Life of a Public Nuisance” which also did not achieve any success.

In the early 2000s Howie took roles and voicework in movies like “Apocalypse III”, “The Tangerine Bear” and “Hansel and Gretel”. But it was in 2005 when his career really began to pay off.

He was offered to be the game host on the show “Deal or No Deal”, a TV show where participants had the chance of winning up to $1 million dollars. The show was a great success in both USA and Canada, averaging 10-16 million viewers per episode during its first season.

According to Forbes, Mandel was paid about $750,000 per episode for hosting “Deal or No Deal” and it was this TV Show that also earned him an Emmy Award nomination.

Later in 2010, international fame came to Howie Mandel after he was offered the job of replacing David Hasselhoff as one of the judges on the NBC’s TV show “America Got Talent”.

“America’s Got Talent” has been a great success all around the world, keeping a constant rating of up to 16 million viewers in the United States alone. Howie Mandel has taken part in the show from season 5 to present day, a total of 11 seasons, making him the longest host in the show’s history.

Howie Mandel’s net worth in 2019 was estimated at about $40 million. Today he is worth at least $50 million.

It was in the early 80s when Howie really started to gain fame in the United States. At that time, he received an offer to play a role in the acclaimed medical series “St. Elsewhere”.

In that series, Howie costarred with other famous actors like Denzel Washington, Mark Harmon and David Morse, among others. “St. Elsewhere” is considered one of the first medical series that showed the reality of the day-to-day life of medical personnel in a hospital.

During those years, Mandel’s career was marked basically by three factors: series, dubbing and makeup.

Howie continued working hard as a comedian as well, but at the same time, he participated in as many productions as he could. Among these productions was “The Iceman Hummeth”, “A Fine Mess”, “Walk Like a Man” and “Good Grief”.

The end of this initial successful period for Howie came with the children’s animated series “Bobby’s World”. Howie both created this series and lent his voice for the main and other secondary characters.

Howie also served as writer and executive producer, and the success of this series was so great that it was nominated for the Emmy awards, running for eight seasons on Fox, from 1990 to 1998. This period was important for Howie in terms of money, as he was already established as an important comedian and showman in North America.

Howie Mandel has been very active in exploiting every opportunity that he was presented with. His “portfolio” includes participation in about 26 films and almost 100 TV shows, besides his long comedian and acting career, his appearance in commercials for different brands and many other minor projects has increased his wealth.

Howie Mandel is also a bestselling author. In 2010 he published the book “Here’s the Deal: Don’t Touch Me” which was an immediate bestseller in the United States. The book is a kind of autobiography where he speaks about his OCD ADHD condition (attention-deficit/hyperactivity disorder) from a comedic point of view.

Mandel has also made some minor investments but as he himself claims, he has very conservative financial habits, and he also believes in saving money as a way of financial security.

Despite suffering from attention-deficit/hyperactivity disorder, Howie Mandel has successfully managed his career and claims that his wife Terry, has helped him a lot along the way.

Howie Mandel has been a great personality in the world of comedy and television in North America. He has managed his career very well, and he has been very active in comedy and TV, despite his psychological diseases.

Above all, Howie has never stopped working hard, and that’s a frequent feature we see among the most successful people in our society.

It’s probable that taking life with humor has helped him a lot, as many specialists say that laughter is good for mental health. Yet even more so, Howie has used humor as a commercial device which has set his career on the up and up for decades. 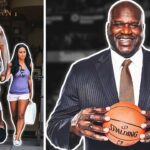 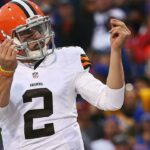