A few nights ago I was having dinner with a friend at a local falafel shop here in Tamarindo, Costa Rica. I thought it was odd that somebody would be selling falafel here in Costa Rica. It turned out the owner of the shop was a hardcore surfer from Israel. When I asked him how he ended up in Costa Rica his reply was “16 years ago I had a dream.” The dream was to live in Costa Rica and surf.  That conversation was the inspiration for this blog post. I got me thinking about what it takes to make our dreams a reality and the difference between the people who make it happen and the ones who don’t. There may not be any inherent quality that separates the two groups, but I think that the people who make their dreams come true do have a certain perspective on things that helps them turns dreams into reality.

When you start thinking about how to make your dreams a reality, it’s likely that many questions come up in your mind:

Those are all valid questions which I’ve been asking myself quite a bit over the course over the last two months. But it all really only comes down to one question. Are you willing to do whatever it takes? Before you say yes don’t forget that if you commit to this your life will be filled with days that test your patience and build your character.  When you decide to take the scenic route through life it’s inevitable that you’re going to run into roadblocks and obstacles that will make it seem like your dream is a lost cause.  Sometimes it will seem like everything that can go wrong will go wrong and it’s in moments like these that you have to remember that making too many life plans limits your potential.

Ignore the Dream Crushers and Naysayers

Anytime you put your dreams out into the world and make a decision to pursue, the naysayers and dream crushers seem to come out of the woodworks determined to stop you. They’ll tell you that you’re crazy. They’ll say that you’ve lost your mind. But what’s really going in is that they’re scared shitless that you’re about to take the plunge and do what they will never have the courage to do:

The stories of the mavericks and renegades go on and on.  They’ve learned to ignore all the dream crushers and naysayers because they know in their hearts that the payoff is worth anything they have to go through.

No Matter How Long it Takes

They say there’s no such thing as an overnight success or it takes at least a couple of years until you become an overnight success. When the owner of the falafel shop said he had a dream 16 years ago, I realized people who make  turn their dreams into reality don’t put a timeline on their dream. They just keep working towards a goal and are completely ok with the lack of visible progress.  If something really matters to you, how long would you give it before you throw in the towel?
If it really matters the timeline should be insignificant.

Checking Your Ego at the Door

For many people there’s very little distinction between living the life of their dreams and the ego driven pursuit of a life that looks good on paper.  When it comes down to it, if the life of your dreams is all about your ego and the bragging rights that come with it, you’ll be severely disappointed by the life that’s at your disposal when the that moment arrives. Although the dream you’re trying to turn into a reality is an external circumstance, your happiness and fulfillment still has to come from within if you intend to live your life to the fullest. 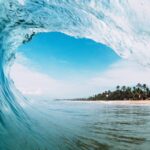