How much is Hopsin worth?

Hopsin is the stage name of Marcus Jamal Hopson. He’s an American actor, music video director, rapper, singer, songwriter, and record producer. His career began in 2001 and since then he has released produced and released projects in different genres such as hip hop, trap, and horrorcore. In 2007, concurrently with signing with Ruthless Records, he also established his own label called Funk Volume. Ever since he got mainstream recognition, he became popular for his music projects and usage of white colored eye contacts in interviews, music videos, and performances.

American rapper, singer, songwriter, record producer, music video director and actor Hopsin has a net worth of $5 million dollars, as of 2021. He is multi-talented and entrepreneurial founding his own record label Funk Volume, in 2009

How Did Hopsin Get So Rich?

In August 2010, he released the lead single “Nocturnal Rainbows” from his sophomore album “Raw”. The album was released in November and was far more commercially and critically successful than his first album. Around the same time, he began collaborating more with various artists such as DJ Hoppa, Stevie Cone, Dizzy Wright, Stevie Stone, and Jarren Benton to name a few. Thanks to both the solo and collaborative projects, he received more than $100,000 and became one of the most popular hip hop names in California.

Hopsin became famous after the release of his debut studio album – “Gazing at the Moonlight”. He was born on July 18, 1985, in Los Angeles and was raised primarily in the Hispanic Panorama City neighborhood. At the time he was attending the James Monroe High School, he became interested in becoming a rapper. At that time, he was also interested in skateboarding and was an avid skateboarder. When he was sixteen, Marcus first began rapping and soon dropped out of high school to pursue his music career.

In early 2003, after spending two years recording and producing it, the teenager released his first project called “Emerge”. In 2004, alongside his friends, Marcus vandalized their high school and were arrested. They were held on $20,000 bail and, just a few weeks later, Marcus was sent to the Los Angeles Country Jail. In 2005, after spending a year in jail, at the age of 20, he purchased a microphone and installed the FL Studio on his computer with the aspirations to become a singer.

What makes the actor and rapper so successful are his many talents. Throughout the 2010s, he continued to release new albums and he signed with many labels s- Empire, Warner Bros, Undercover Prodigy, and 300 Entertainment. In 2013, he released his third album “Knock Madness”, which was followed by his most triumphant – “Pound Syndrome” from July 2015. The rapper’s fourth album became his first to enter multiple album charts in five different countries – Australia, Belgium, Canada, New Zealand, and the United States. His most recent album is “NO Shame”, which was released in November 2017. Towards the new decade, he announced his sixth studio album is set to be released sometime in 2021.

Besides rapping, Hopsin gained a lot of attention and praise for his acting skills. His film debut came in the 2001 comedy “Max Keeble Big”. He then appeared in other television productions – “Fame”, “That’s So Raven”, and “Murder In The First”. In 2020, he joined the cast of the drama television series “Paradise City”, which marked his first major role in a television show. Apart from acting, he also directed most of his music videos with the most notable videos being “Fly”, “Picasso”, “You Should’ve Known”, and “Flawless”.

Hopsin is one of the quickest rising stars in the hip hop world. The California-native began rapping during his teen years and in no time, he caught the attention of important names in the music industry. Thanks to his abilities, he was signed to Ruthless Records and, after the release of his debut studio album, he gained mainstream recognition. Since his rise to the top, the multi-talented actor, director, and rapper has made millions and he continues to work hard in all fields of entertainment. 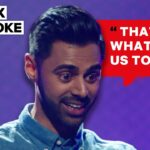