How much is Hilary Duff worth?

She grew up on the Disney channel as the star of Lizzie McGuire before making her way onto the big screen in flicks like Cheaper by the Dozen, The Perfect Man and According to Greta.

Who Is Hilary Duff

She was the reigning Disney princess long before Miley, Demi or Selena showed up. Hilary Duff embodied a generation’s adorably clumsy tween in Lizzie McGuire before broadcasting her talent in film, music and fashion as an actor, singer, producer and entrepreneur.

American actress Hilary Duff has a net worth of $25 million dollars, as of 2021.

Hilary Erhard Duff was born in Houston, Texas where her youth was greatly defined by older sister Haylie’s love of the stage. By the time Duff hit kindergarten she was following in Haylie’s twinkle-toed footsteps, appearing in local theater and ballet productions. Both girls decided that they had found their calling and left Texas with their mother to pursue their Hollywood dreams. After years of home schooling, countless auditions and several TV commercials, Disney handed Hilary her big break when she won the title role of perky tween Lizzie McGuire in a new show geared toward the increasingly valuable young adult audience.

Lizzie McGuire aired from 2001 until 2004, drawing up to 2.3 million viewers per episode. Hilary was an instant star to the preteen set, and her face could be found in Disney stores across the nation. Her popularity led to roles in several movies, including Agent Cody Banks, Cheaper by the Dozen, and the Disney Channel’s smash hit Cadet Kelly. Hilary’s Lizzie character even hit film status in 2003’s The Lizzie McGuire Movie. But the show later came to a halt due to failed contract negotiations and Duff cut her ties with Disney because of their opposing thoughts on the potential direction of Hilary’s career.

In 2003, Hilary switched gears and released her first album, Metamorphosis, a chart-topper that featured the infectiously popular hit single ‘So Yesterday.’ Her tour to promote the album sold out nationwide and she followed it up with a sophomore self-titled album in 2004 and Most Wanted a year later. The latter debuted at number one on the Billboard 200 and led to another national tour.

Although she has primarily focused on her music career—her fifth studio album is set to drop in late 2011—she hasn’t exactly been absent from big screen since her public divorce from Mickey Mouse. Duff has appeared in films like Material Girls and ABC Family’s Beauty & the Briefcase. She shocked the public when she was cast in the decidedly un-Disney role of Bonnie Parker in a remake of Bonnie and Clyde. She has also guest-starred on Gossip Girl, proving once and for all that the sweet and bubbly star can hang with the bad girls.

Hilary certainly keeps busy with her film and music careers, but she somehow finds the time to fit “budding entrepreneur” onto her resume. She launched a clothing line aptly named Stuff by Hilary Duff in 2004, released a perfume in 2006, and landed a DKNY sponsorship in 2009. Hilary also co-designed a collection of jeans for DKNY called Femme. In 2010, she became a New York Times bestselling author when she released her debut novel, Elixir, the first in a series of young adult books.

But amidst all of her fame and fortune, Duff chooses to give back, lending her voice to several causes. For the Think Before You Speak Campaign, Duff starred in a PSA condemning anti-LGBT speech. She donated $250,000 and 2.5 million meals to Hurricane Katrina victims, and was made a youth ambassador to the children of Bogotá, Columbia.

From Dating Strife To Happy Wife

Unlike many of her fellow Disney alums, Duff has kept a low public profile, choosing nights in with friends and family over wild Hollywood parties and stints in rehab. Her biggest tabloid drama to date was a public tiff with Lindsay Lohan in 2003 over shared love interest Aaron Carter. After Carter publicly admitted to cheating with both Lindsay and Hilary’s best friend, Duff ditched her two-timing beau and moved on to greener pastures with Good Charlotte singer Joel Madden. Duff and Madden dated for two years before he called it off in 2006 and moved on with his current wife Nicole Richie.

Duff expressed her heartbreak through her music, but by 2007 she had moved on with Canadian NHL player Mike Comrie. Duff has had much more luck with her jock than she ever did with musicians; the two wed in August of 2010 in a lavish ceremony on the coast of Santa Barbara. Unfortunately the marriage didn’t last and the couple divorced in 2016. However now Hilary Duff is happily married to American singer-songwriter Matthew Koma, since 2019.

Defining Quote “There definitely was a time when I was pretty obsessed with my weight, but I’m better off not stressing about my body all the time. It’s not attractive when girls get super skinny. Guys don’t like it.” 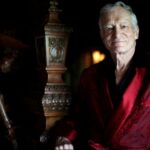 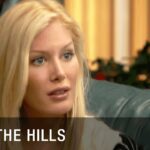