Harvey Weinstein is an American former film director and producer, and convicted sex offender. Alongside his brother, Bob, he founded the entertainment company, Miramax, which has produced numerous successful independent films. Over the course of his career, he has won seven Tony Awards, and one Academy Award among many others.

The film producer and recipient of seven Tony and one Academy Awards became famous after he co-founded the entertainment company, Miramax. He was born on March 19, 1952, in New York City. He’s the older son of Max and Miriam Weinstein. His father was a diamond cutter and his mother was a homemaker. His family is Jewish and most of his grandparents immigrated from Poland. Growing up, Harvey was raised with his younger brother, Bob, in the housing co-op Electchester.

He attended the John Brown High School from which he graduated in 1970. Immediately after that, he enrolled at the State University of New York based in Buffalo. Around the same time, through most of the 1970s, he and his brother began producing rock concerts independently in partnership with Corky Burger.

American film producer and convicted sex offender Harvey Weinstein has an estimated net worth of just $25 million dollars, as of 2023. At the height of his career Weinstein’s net worth has been estimated at reaching $300 million. Today he is awaiting his second trial in Los Angeles.

The so-called “Corky and Harvey Productions” brought many top acts to the Buffalo area such as Jackson Brown, Frank Sinatra, The Who, and The Rolling Stones to name a few. Towards the end of the decade, the two brothers earned several millions from their deals with best-selling acts and brands.

Creating multiple independent films in his entertainment company such as “Pulp Fiction” and “Shakespeare In Love” is how Harvey Weinstein became so rich in his early career.

Towards the late 1970s, the Weinstein brothers used the profits from their concert promotion business to found their own distribution company, Miramax, with the name derived from their parents names (Miriam and Max). They immediately gained fame for producing some of the most iconic independent films of the century. The first notable film that they produced was Paul McCartney’s music-oriented concert project “Rockshow”. Around the time, his net worth was slowly starting to grow and surpassed, an estimated, $5 million.

Starting in the 1980s, Miramax produced some of the best-selling arthouse films of the century, all of which achieved modest commercial success and critical attractions – “Pulp Fiction”, “The Thin Blue Lines”, and “Sex, Lies, and Videotape”. Towards the end of the decade, Harvey Weinstein’s company released two arthouse films – “The Cook, The Thief, His Wife and Her Lover”, and “Tie Me Up and Tie Me Down!”. The next decade, the production company continued to grow both its library of directors and films.

In 1993, following the success of “The Crying Game”, the Weinstein brothers received an offer by Disney. They offered them $80 million for the ownership of Miramiax, which they agreed.

The main reason why the former film director and producer was so successful are his abilities to create some of the most-watched film productions of all time. In the late 1990s, Miramax continued to release quality films – “Good Will Hunting”, “Shakespeare In Love” and the Academy Award-winning “English Patient”.

At the beginning of the new millennium, specifically in September 2005, the Weinstein brothers formed their own self-titled company. For nearly ten years, before the controversies and sexual allegations surfaced and destroyed his career, “The Weinstein Company’ had a successful run. It was associated with important media executives and directors (such as Robert Rodriguez, Colin Valens, and Quentin Tarantino).

Towards the end of the 2010s, in October 2017, multiple sexual abuse allegations surfaced. These allegations spanned decades, dating back to the 1980s all the way to up to 2015. This led to Weinstein being dismissed by his own company and being expelled from the AMPAS (Academy of Motion Picture Art and Science).

Throughout 2017 and 2018, dozens of women had allegations against Harvey Weinstein, including Salma Hayek, Angelina Jolie and Gwyneth Paltrow, according to BBC. Harper’s Bazaar reported that, during an interview with CNN, Brad Pitt opened up about confronting Harvey Weinstein after his then-girlfriend, Gwyneth Paltrow, told him that the producer made unwanted advances towards her. Pitt’s motivation, he said, was that he “wanted to make sure nothing was going to happen further.”

The outing of Harvey Weinstein created a social media campaign called #MeToo that started a wave of sexual allegations (including dismissals) against powerful men across the globe. This social media campaign was also dubbed “the Weinstein effect”. In May 2018, he was arrested and charged with rape. Less than two years later, in February 2020, he was found guilty of two of five felonies and was sentenced to 23 years in prison.

Harvey Weinstein is one of the most controversial figures in Hollywood whose net worth once exceeded $300 million, at its peak. However his wealth has said to have dropped substantially since 2017. Harvey Weinstein’s net worth is estimated to be just $25 million due to legal fees and payouts, as well as a reported $20 million divorce settlement to Georgina Chapman.

The former film producer, and studio executive started his career in show business during the 1970s and experienced incredible success. Throughout the next four decades, he was responsible for the production of many critically acclaimed film and television productions. Most recently, his career in the film industry, and his reputation, was thrashed after being sentenced to 23 years in prison. In 2020, Harvey Weinstein was convicted of 1 count of third-degree rape and 1 count of criminal sexual assault in the first degree. 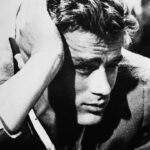 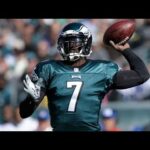