The lyrics of Medicine by @Harry_Styles have me 🤪😵🤑

Did Harry Styles just answer the question that fans and the media have been bugging him about since he was 16 years old? If you logged onto Twitter this morning to check for your Hazza and One Direction updates, chances are you were flooded with speculations about Harry’s sexuality. Fans are convinced that the British singer has finally revealed that he is bisexual in his new song.

In 2017, Harry released his debut self-titled album and he’s been touring quite a bit since the album took off. Last night, Harry was performing in Paris when Twitter exploded. He played two songs that will be featured on the European leg of his world tour, but everyone is focusing on his one song “Medicine.”

Apparently, Harry has performed the song before but mumbled some of the lyrics previously. Then last night, fans got to hear the words loud and clear. And those lyrics seem to be sending a very direct message. The part of the song that everyone is freaking out about is, “…The boys and the girls are here, I mess around with them, and I’m okay with it. I’m coming down, I figured out I kinda like it, and when I sleep I’m gonna dream of how you tasted.”

After hearing those lyrics, people are speculating that because Harry is singing about messing around with girls and boys, this is his way of coming out as bisexual. Looking at some of Harry’s quotes about sexuality in the past, these lyrics aren’t exactly totally out of left field. He doesn’t seem like the type to issue a statement on Instagram or Twitter but it makes sense that he would use his music as a platform. Fans are 100% here for it.

For years now, people have speculated about if Harry was straight, gay, bi, pan, or if he identified at all. Many media personnel have boldly asked him these extremely personal questions and Harry’s been pretty tight-lipped. However, in May 2017, he opened up to Dan Wootton from The Sun. After discussing Miley Cyrus coming out as pansexual, Harry applauded her.

Harry said, “Being in a creative field, it’s important to be ­progressive. People doing stuff like that is great. Everyone should just be who they want to be. It’s tough to justify somebody having to answer to someone else about stuff like that.” And when asked about using labels for himself, Harry replied, “I don’t feel like it’s something I’ve ever felt like I have to explain about myself.”

Fans are so excited that Harry would feel comfortable sharing this news with the world – if it’s true, that is. Rumors have swirled since his days in One Direction. In fact, fans were pretty adamant that Harry had been in secret relationship with his bandmate, Louis Tomlinson (AKA Larry) for quite some time. The pair almost never spoke about the rumors, especially not while they were still part of 1D. However, in 2017, Louis revealed that the fan obsession with Larry and all of the rumors actually hurt his friendship with Harry. Now that’s a true tragedy!

Whatever label you do or do not choose to use, Harry, your fans have your back and clearly love “Medicine.” 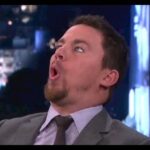 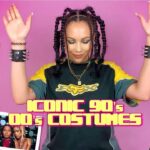