How much was Hans Bethe worth?

Who Is Hans Bethe

German-American nuclear physicist Hans Bethe had a net worth of $300 thousand dollars at the time of his death, in 2005. Bethe won the Nobel Prize in Physics for his work on the theory of stellar nucleosynthesis, in 1967.

At only age 23 (in 1929), Bethe contributed groundbreaking work in crystal field theory, which is often considered the foundational work of the entire field.

In 1933, Hans Bethe lost his job at the University of Tubingen shortly after the Nazis came to power. (Bethe’s mother was Jewish, though he was raised in the Christian religion of his father.) He spent a couple of years in Britain, but eventually migrated to the United States where, in 1935, he joined the faculty of Cornell University. He became an American citizen in 1941.

In 1939, Hans Bethe published a paper in the journal Physical Review entitled “Energy Production in Stars.” Building on a concept originally suggested in 1920 by Arthur Eddington, the superb physicist and mathematician Bethe was able to show that nuclear fusion in stars could account for the heat generated.

Though these nuclear reactions were crucial to the theory of stellar nucleosynthesis, Bethe himself didn’t actually address the creation of heavier elements in stars.

Hans Bethe was the director of the Los Alamos laboratory during the Manhattan Project, placing him in a position to come in contact with some of the most important physicists of that generation. He developed a special fondness for Richard Feynman during this time (see below). He was originally skeptical about building an atomic bomb based on nuclear fission, but was convinced to join the Manhattan Project. Since he had left Germany in 1933 after the Nazis came to power, he had a very personal stake in World War II.

Though Hans Bethe was connected to many physicists of his age, one that he had a special impact on was Richard Feynman. As described in Quantum Man: Richard Feynman’s Life in Science:

They complemented each other in remarkable ways, sharing uncanny physical intuition, mental stamina, and calculational ability. But Bethe was, in several other senses, everything that Feynman was not. He was calm and deliberate, and unlike the excitable Feynman, Bethe was “unflappable.” … If Feynman was to rise to new, and higher levels, he needed someone he could go head to head with. Bethe was the man.

Among his many scientific achievements, Hans Bethe is also known for an achievement that he wasn’t really part of. The physicist George Gamow once added his name to a 1948 paper co-written with Gamow’s Ph.D. student Ralph Alpher, which described how elements could have formed from hydrogen during the Big Bang. As a result, the authors of the paper were listed as Alpher, Bethe, Gamow, a pun on “alpha, beta, gamma,” the first three letters of the Greek alphabet. The Alpher-Bethe-Gamow paper is now a classic in the physics world.

Hans Bethe received the 1967 Nobel Prize in physics “for his contributions to the theory of nuclear reactions, especially his discoveries concerning the energy production in stars“. His 1939 work had essentially explained how the nuclear reactions in stars fuel the heat and light production from them, which obviously had major implications throughout physics. In his Nobel banquet speech, he said: “You have given me the Prize I believe for a lifetime of quiet work in physics rather than for any spectacular single contribution. I am very proud and very happy with this distinction.”

Though he worked on The Manhattan Project, he later joined work on the hydrogen bomb with the hope that he would prove it an impossibility. When he realized that it was possible and they eventually built the bomb, he eventually became a vocal critic of American military applications of nuclear energy, but supported peaceful and safe nuclear energy programs. He remained active in politics throughout his life, even lending his support to Democratic presidential candidate John Kerry in 2004, just a year before his own death at 98.

Bethe is also attributed with insights that helped resolve the initial problem of infinities in quantum electrodynamics, specifically setting the stage for the more comprehensive resolution generated by Richard Feynman and Julian Schwinger (and others), who would ultimately go on to earn a Nobel Prize for their work on this significant theory. 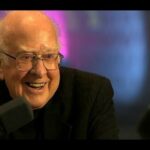