How much is Hank Williams worth?

Hiram “Hank” Williams born September 17, 1923 was an American singer, songwriter, and musician with a net worth $10 thousand. Hiram “Hank” Williams was born in Mount Olive, Alabama, on September 17, 1923. A sickly and shy boy, Williams was born with a spinal deformity, most likely spina bifida. He would also suffer from persistent back pain into adulthood and these factors contributed to the events surrounding his death.

American singer-songwriter and musician Hank Williams had an estimated net worth of just $10 thousand dollars at the time of his death, in 1953. That’s equivalent to about $100,000 today adjusted to inflation. While Hank was almost broke when he died, today he’s considered one of the most significant and influential American singers and songwriters of the 20th century.

Hank Williams learned to play the guitar from black street performer Rufus Payne, who was likely responsible of introducing the young man to blues music. Hank himself sometimes busked in the streets to make some pocket money.

In 1937, Williams moved with his mother to Montgomery, Alabama, where his music career began. He formed the Drifting Cowboys in ’38 and worked in shipyards to earn money during World War II. (Williams was exempted from military service because of his spinal condition.) Steadily, Williams became known as a country performer in the local honky-tonk circuit.

After the war’s end, Hank Williams married sweetheart Audrey Sheppard. Their troubled marriage would have a profound impact of his life — and provide endless inspiration for Williams’ songwriting.

In 1946, famed song publisher Fred Rose invited Williams for an audition. Impressed with his talents as a songwriter, Rose signed Williams to a publication deal. They later inked a recording contract, which resulted in the singer’s first number one song, 1947’s “Move It on Over.”

After scoring a huge hit in May 1949 with the unconventional yodeling tune “Lovesick Blues,” Hank Williams was invited to perform on the Grand Ole Opry. It was there that Williams gained a national audience and quickly shot to stardom.

Betweeen 1949 and 1951, Hank Williams had an amazing run. It was largely on the strength of his own songs. He recorded such classics as “I’m So Lonesome I Could Cry,” “Your Cheatin’ Heart,” “You Win Again,” and “Honky Tonk Blues.”

The country boy from Mount Olive had finally made it to the big time.

While scoring honky-tonk hits, Hank Williams expressed his spiritual side with the character of Luke the Drifter. The religious songs were a mix of originals, old standards, and first-person narrations of men staring down the crossroads of life.

He also made inroads into the pop charts. In 1952, crooner Tony Bennett’s recording of “Cold Cold Heart” became a hit, even outselling the original. It was the first Hank Williams song to find success outside country music, but not the last. Pop artists as diverse as Norah Jones, Ray Charles, and Fats Domino would later cover the Williams repertoire.

After constant touring worsened Williams’ back problems, in 1951, he underwent a spinal operation but it was ineffective. He turned to alcohol and painkillers to dull the pain. His marriage to Audrey suddenly broke up, and he was fired from the Grand Ole Opry. Hank Williams is said to have lost the million dollars or more he made in his career. It was a nasty divorce and Audrey left with almost all of Williams’ money.

Williams married a second time, to Billie Jean Jones. She was with him until his death.

Hank Williams died en route to a New Year’s Day performance in 1953, in the backseat of his Cadillac. At the time of his death in 1953, Hank Williams’ net worth was $10 thousand.

Although the official cause of death was cardiac arrest, a mix of painkillers and alcohol may have actually been responsible. 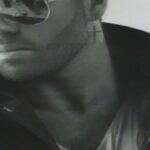 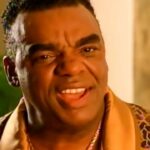