How much is Hank III worth?

After playing in punk bands, Hank III turned to country music as a way to make child support payments.

Who Is Hank III

Hank III’s style is closer to alt-country and cowpunk than the music of his father, Hank Williams Jr. But his singing voice sounds like the second coming of grandad Hank Williams.

Hank Williams III or Hank 3, is an American musician, singer and multi-instrumentalist who has has a net worth of $4 million dollars, as of 2021.

Born Shelton Hank Williams in Nashville, Hank III got his start in music playing in punk bands. When he learned that he had a child — and owed a mountain of back child-support payments — Hank III turned to music to make ends meet.

The singer raided the family legacy with Three Hanks: Men with Broken Hearts in 1996, which used studio overdubbing to combine the voices of all three generations of Williams singers.

After fighting with his label over his next record, Risin’ Outlaw (1999), Hank III blazed his own trail with Lovesick, Broke & Driftin’ in 2002. That only continued with the foul-mouthed classic Straight to Hell, which effectively severed his relationship with Curb Records. 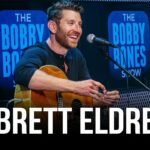 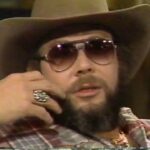