How much is Halsey worth?

Halsey is the stage name of Ashley Frangipane. She is an American singer, songwriter, and activist born on September 29, 1994, in Edison, New Jersey. She began her music career in 2012 and soon began releasing her very first music. At the beginning of her career, Halsey self-released her own music on various social media platforms before she was eventually signed by the label Astralwerks in 2014.

Since 2019, it is estimated that Halsey has earned income equal to a salary of $6-8 million dollars per year.

American singer and songwriter Halsey has an estimated net worth of $20 million dollars, as of 2023. She released her debut EP, Room 93, in 2014. Since then she has released four studio albums.

After the success of her debut extended play Room 93 in 2014, Halsey signed recording deals with Capitol and Virgin EMI. She has since released 4 studio albums, two of which debuted at the second position on the Billboard 200 and one of which, Hopeless Fountain Kingdom, topping the prestigious chart. Besides music, Halsey is known for being an activist and vivid supporter of the LGBTQ community, racial justice protests, as well as suicide prevention awareness, and advocacy for sexual assault victims.

Halsey is famous became famous for her singing abilities and distinguishing looks and style. The young singer was born in Edison, New Jersey and she had an interest in music since she was 14 years old. At that time she played different instruments – cello, viola, and violin, however, she later became more interested in acoustic guitar. After graduating from the Warren Hills Regional High School in 2012, Halsey began pursuing a music career. During that time she was still using her real name, Ashley Frangipane.

Even though she was writing music since she was 17, Halsey didn’t release any of it because she didn’t felt comfortable with it at the time. Shortly after, she decided to post her own covers of different songs on social media websites such as Kik, YouTube, and Tumblr. Her most popular cover was that of Taylor Swift’s “I Knew You Were Trouble”.

In early 2014, after she met a random man at a party, the two decided to record a song and this is how Halsey’s first song “Ghost” was created. The song was posted on Soundcloud and within a few hours, it gained online popularity.

Signing with Astralwerks after the success of “Ghost” is one of the main reasons why Halsey became rich and successful. The artist felt that the label gave her more creative freedom than the rest of the recording labels who offered her deals at the time. Immediately after she signed with the label, the singer chose to use the name “Halsey” as her professional name (as it’s also an anagram of her first name). Later in 2014, she released her first music project, the extended play Room 93. The EP was very successful and marked the beginning of Halsey’s blooming career.

After touring around the United States to promote her EP, Halsey released her very first music album Badlands in October 2015. The album was met with generally positive reviews and quickly topped many music charts, including the Billboard 200 where it landed at number 2. At the same time, the megastar Justin Bieber asked Halsey to collaborate on a song. Their song “The Feeling” was part of Bieber’s album and helped the artist gain a lot more exposure.

Halsey’s success came after she released her second album. In June 2017, she released by far her most successful album. Hopeless Fountain Kingdom immediately debuted at number one on the Billboard 200 among many other music charts. Just like Badlands, to promote her album, Halsey embarked on her own tour in which she traveled in North America, Europe, Australia, and Asia.

Continuing the momentum after HFK, Halsey released her breakthrough hit “Without Me” in October 2018. The song became Halsey’s first to reach number one on the Billboard Hot 100. Her popular hit single was included in the singer’s 2020 album Manic. The third album was released in January 2020 and was just as successful as the previous two.

Her fourth album If I Can’t Have Love, I Want Power was released in 2021, however it was outperformed by each of her previous albums with only 70,500 recorded units sold.

In her personal life she has likely spent $2-3 million dollars of her career earnings, including her donations, but also earned $3-4 million dollars from her investments. She will have also had to pay around $1-2 million dollars in business related costs. Therefore, it is estimated that Halsey has a net worth of about $20 million dollars.

Halsey is one of the fastest rising stars in the music industry. Besides her mesmerizing singing skills, she is also an acclaimed songwriter and activist. It didn’t take too long for her to take over the world with her unique personality and great singing abilities. Besides winning a long list of awards and achievements, Halsey is also seen in many magazines, and charts as one of the most influential and successful pop stars of the last decade. 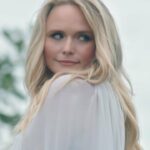 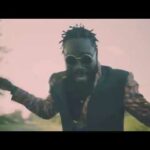