How much is Guy Ritchie worth?

Who Is Guy Ritchie

Guy Ritchie was born on September 10, 1968 in Hatfield, Hertfordshire, England.

Guy Ritchie suffers from dyslexia and dropped out of school at age 15. Ritchie got his start in the film industry as a runner on Wardour Street. From there he progressed to making music videos and commercials. In 1995 he wrote and directed the short film The Hard Case.

English film director, producer, writer, and businessman Guy Ritchie has a net worth of $150 million dollars, as of 2021. Ritchie’s highest-grossing film to date was Sherlock Holmes: A Game Of Shadows which earned $535 million.

Guy Ritchie married pop singer Madonna on December 22, 2000. The couple have two children – a son, Rocco John, and an adopted Malawian boy, David Banda. In the summer of 2008 rumors swirled that their marriage was in trouble, with Madonna linked to baseball star Alex Rodriguez. After months of discounting the rumors, the couple filed for divorce in October 2008.

Ritchie’s first feature film, 1996’s Lock, Stock & Two Smoking Barrels, showed he was a force to be reckoned with in the film community. He followed that up with the 2000 hit Snatch starring Brad Pitt, Benicio Del Toro and Dennis Farina.

Ritchie’s career hit a bump in the road when he decided to work with his wife, Madonna, on the 2002 box office bomb Swept Away. Ritchie bounced back with Revolver in 2005 and RocknRolla in 2008. 2008 also found him signing on to write and direct Sherlock Holmes. Producer Joel Silver described Ritchie’s take on the classic character as, “It’s like a James Bond film from 1891. It has a Butch and Sundance kind of quality between Jude Law as Dr Watson and Robert Downey Jr as Sherlock Holmes. It’s going to be a really fun, great picture.”

His Actors Love Him

Thandie Newton on working with Guy Ritchie on RocknRolla: “Lovely. I’d do it a movie a year please with Guy Ritchie. He’s just very straightforward. There’s no fuss, gets on with it. He doesn’t pander to your every whim, but at the same time he doesn’t disrespect you. It’s just very honest – very, very honest, straightforward. And I just found that in that environment where I felt so respected and so appreciated, I just was much more creative. I’d come to work with ideas. He’d either accept them or not. I mean it sounds like any director would be like this, but there’s just something different about Guy. I just think that there’s just no ego, no ego at all in the way he works.” 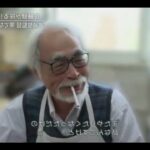 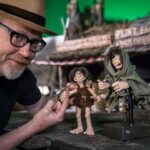