How much is Guy Fieri worth?

Guy Fieri is a restaurateur who has dozens of successful restaurants in his name, but he is most famous for being an Emmy Award winning television presenter and is most recognizable for his show Diners, Drive-Ins, and Dives, as well as many other shows on the food network. Fieri is the face of the network, and changed the complete landscape of food television in America, making it more mass-market, and bringing in thousands more male viewers.

How did Guy Fieri get so rich?

Fieri became financially successful long before he was famous. For Fieri, being rich and being famous don’t come as a pair. Along with his business partner, Steve Gruber, they opened a grill restaurant named Johnny Garlic’s, which specialized in pasta dishes. It wasn’t long until they were successful. Enough to open up a second location, and then a third, and within five years, the partners had locations in Santa Rosa, Windsor, Petaluma, and Roseville. The two followed this venture up by developing a restaurant that would combine completely normal foods, yet that become unique when you combine them together. Tex Wasabi’s focused on barbecue and sushi. And again, the venture was successful and led to a restaurant being opened in several different location.

In 2012, there was a resounding amount of coverage of Fieri’s very first restaurant opening in New York City, Guy’s American Kitchen and Bar. Most famously, the restaurant was reviewed in the New York Times by Pete Wells, and he wrote the most malicious panning of the restaurant Fieri could have imagined. Even the review itself made headlines just as much as the restaurant opening did. However, not even that stopped the restaurant from becoming successful and for four years in a row, the restaurant made it on the list of top 100 independent restaurants as ranked by sales. The restaurant did close down in 2017, however, this was unrelated to how successful it was. Fieri’s Kitchen and Bar restaurant chain now has locations in some of the biggest cities in America, including Las Vegas, Baltimore, which is in Baltimore’s Horseshoe Casino. Fieri now also co-owns a chicken sandwich shop in Disney World with Planet Hollywood founder Robert Earl.

Possibly one of Fieri’s most financially successful business ventures was when he struck a deal with Carnival Cruise lines and developed Guy’s Burger Joint, which would have a stand in the whole of Carnival Cruise Line’s fleet. Right now, there are 19 Guy’s Burger Joints on the cruise ships, and they aren’t limited to burgers, as they also sell some of Guy’s other famous dishes.

Besides restaurants, Fieri also has a number of other successful ventures, particularly through endorsements. In the past he has been the spokesperson for T.G.I. Friday’s, promoted an auto exhaust parts manufacturer, and he currently sells his own brand of wine, Hunt & Ryde, which he makes himself at his own vineyard. Also noteworthy is the six books that he has issued, most of them being coffee table books released in conjunction with his TV shows.

After the success of Big Bite, his first ever cooking show, Fieri got his big break on The Food Network when his show Diners, Drive-Ins and Dives, was green lit and premiered 2007 based on the success of a one-hour special that was aired the previous year. The show features Fieri traveling through North America and visiting eateries that ordinarily wouldn’t get any publicity. Though most outlets saw it more of a reality show than a cooking show, it got great rankings and it has been on the air ever since for a full 13 years.

Other shows he has hosted include Ultimate Recipe Showdown, Guy Off The Hook (which was cancelled due to high production costs,) Guy’s Family Feast, and even the game show Minute to Win It on NBC, which was completely unrelated to cooking or food. That was just in the 2000’s. It was in the 2010 when he was the face of the network, that he would be all over television. Fieri has a throw it on the wall and see what sticks approach to his productions, as many of his shows cancel due to low ratings, though there are also many that do succeed.

His shows in the 2010s include Rachael vs. Guy: Celebrity Cook-Off, in which the celebrity chef competes against Rachel Ray to cook up the best grub. Guy’s Grocery Games aired in 2013, which was similarly structured as it was a competition between cooks. And his most recent venture outside of his staple show is Guy’s Family Road Trip.

Fieri has become iconic, and he is recognizable thanks to his features such as his bleached spikes hair, and that has helped him shape his own brand. And though Diners, Drive-Ins and Dives has been going on for thirteen years, he keeps it fresh by going to new places and featuring special guests such as Matthew McConaughey, Gene Hackman, Rosie O’Donnell, Chris Rock, and Adam Sandler. He has also visited places outside the States, including the United Kingdom, Italy, and even Cuba.

Up until now, there have been 411 episodes and more than 800 restaurants have been featured on Diners, Drive-Ins and Dives, which has reportedly helped massively increase the footfall and bring in more business for these little restaurants. Not only did appearing on the show keep restaurants from going out of business, but the growth of the businesses after they were featured on Fieri’s show was so massive that the owners have managed to open other restaurants in other locations. There are even tours in Fieri’s honor that take people to specific places Fieri has visited.

It might come as a surprise that Guy Fieri’s wealth comes not from his work on The Food Network, but from owning so many restaurants in North America and his deals with Disney and Carnival Cruise Lines that has helped him amass an estimated net worth of $28 million dollars. Though he might not ever have accrued any of that if it wasn’t for him becoming an icon thanks to his bleached blonde hair, goatee and charismatic persona. 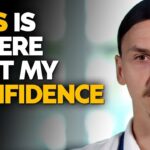 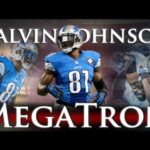