Guillermo Diaz is an American actor with Cuban ancestry, who is best known for his appearance in Half Baked, 200 Cigarettes, Stonewall and his role as Huck in the TV series Scandal. His total net worth is estimated to be about $800 thousand dollars. Diaz has an interesting life story filled with success.

How Did Guillermo Diaz Get So Rich?

Guillermo was born on March 22nd, 1975, in New Jersey and grew up in Manhattan. He started his career with minor roles. Than he appeared in many films and TV series. He joined the cast of a series of improvisation-based commercials for Sierra Mist named Mist Takes in 2006.

He did a nude photoshoot for Pinups Magazine in 2010. In 2011, Guillermo appeared in Britney Spears music video. A year later he started his role in ABC drama Scandal. In 2014, he was one of the many celebrities that acted in Beyonce and Jayz’s Run video. All of it helped him to boost his net worth.

Guillermo Díaz is openly gay. He is a fan of Madonna and he has been to almost all of her tours. He even has tattoo of her face on his right arm. 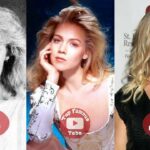 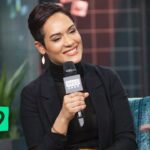