Would you like to go down the rabbit hole? All would-be wizards, witches and vampires, let’s take a vacation… or perhaps a tour of Middle-earth? Care to meet the lords and ladies of Westeros?

Now you can get to know the landscapes of your favorite fantasy worlds just a little bit better with these 10 great guides!

The Complete Guide to A Discovery of Witches, Shadow of Night, and The Book of Life

The World of All Souls is an all access guide to the universe of Deborah Harkness’s amazing supernatural fiction series. Readers will find the character bios and book synopses they might expect, and a whole lot more, like notes on the science behind the series’ paranormal creatures, and even recipes for some of its foods and drinks!

9. The Complete Guide to Middle-earth

From The Hobbit Through The Lord of the Rings and Beyond

This is absolutely the last word in guides to the lands, peoples, creatures, and plants of J. R. R. Tolkien’s Middle-earth. Alphabetically listed, cross-referenced entries make finding any topic easy. The Complete Guide to Middle-earth is a perfect companion for anyone reading The Lord of the Rings — be it for the first or fiftieth time!

8. The Outlandish Companion (Revised and Updated)

Companion to Outlander, Dragonfly in Amber, Voyager, and Drums of Autumn

Are you an Outlander fan? Want to know Diane Gabaldon’s thoughts on time travel? Care to learn a little bit about life in the 18th century? Need to familiarize yourself with some finer points of pronouncing Gaelic? This is book for you! Newly revised and updated, The Outlandish Companion covers the people, places, and events of Outlander, Dragonfly in Amber, Voyager, and Drums Of Autumn. Want more? The Fiery Cross, A Breath of Snow and Ashes, An Echo in the Bone, and Written in My Own Heart’s Blood are covered in The Outlandish Companion Volume Two.

The Untold History of Westeros and the Game of Thrones

Centuries of conquest, secret dalliances, and political maneuvering led to the all-out war of A Song of Ice and Fire. The World of Ice and Fire is your guide to the where, when, and how it all went down. Learn the histories of the great families of Westeros, and immerse yourself in the rich culture of the land, in a book truly worthy of a Maester’s library.

6. The World of Shannara

by Terry Brooks and Teresa Patterson

The history of Shannara is at your fingers with The World of Shannara: an indispensable guide to Terry Brooks’ beloved fantasy series. A thorough exploration of the land and its mythos illustrated with both full-color pairings and black-and-white drawings, this is a gorgeous tome that every Shannara reader should own.

The Dark Tower series is the glue between many of author Stephen King’s great horror novels, connecting them all in a massive multiverse. At the center of it all is the story of the gunslinger Roland Deschain and his war with the Man in Black. This compendium presents the mythology, geography, and people of the series, along with interviews with experts on the series, and King himself.

4. The Folklore of Discworld

Legends, Myths, and Customs from the Discworld with Helpful Hints from Planet Earth

The myths and legends of Discworld are somewhat like our own, except that many of them turn out to be true. Where did orcs come from? Why does cheese roll down hills? These questions and many more are answered in The Folklore of Discworld, written by Terry Pratchett and folklorist Jacqueline Simpson.

Skinwalker Jane Yellowrock’s New Orleans is an exotic and storied place where vampire clans reign, and witches wander the night. Take a trip to the Big Easy of Faith Hunter’s series in this guide, which also includes an exclusive Jane Yellowrock novella.

A Guide to the Magical World of Harry Potter, Third Edition

Did you miss your admission letter to Hogwarts? Never fear! The magic can still be yours to claim with this exhaustive overview of the Potterverse. Learn all you need to know about wands, wizards, witches, and other things that no muggle was ever meant to know.

Laissez les bon temps rouler, mon cher, with this look at the life and times of Sookie Stackhouse: a Louisiana waitress whose psychic talents brought her into a world of vampires and other supernaturals. Maps, private conversations between vampiric rivals, and more bring Charlaine Harris’s famous series into deep, dark, and quirkily romantic focus. 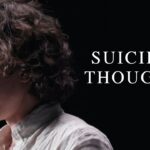 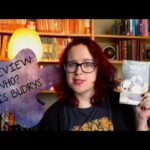