How much was Gregory Peck worth?

Who Is Gregory Peck

An actor who evinced moral certainty and unwavering strength, Gregory Peck turned in a number of iconic performances in some of Hollywood’s most important classic movies.

His persona as an Everyman struggling to fight for truth and justice earned him a number of Academy Award nominations and a lifetime of adulation from fans, many of whom were particularly inspired to greater purpose by his performance as Atticus Finch in To Kill a Mockingbird, his most recognizable role.

American actor Gregory Peck had a net worth of $45 million dollars at the time of his death, in 2003. Peck was one of the most popular and highest-paid actors from the 1940s to the 1960s, winning the Academy Award for Best Actor in 1962.

He was born on April 5, 1916 in La Jolla, CA. When he was six years old, his parents, Gregory and Bernice, divorced and left him to live with his maternal grandmother before his father took him back after she died.

Peck spent a year at San Diego State College before transferring to the University of California at Berkeley, where he studied language and medicine, and was a member of the rowing team. Contrary to popular belief, Peck did not injure his spine while rowing; he did it while learning dance at the Playhouse School of Dramatics in New York City.

Peck struggled in the beginning and was often broke. He worked odd jobs and sometimes slept in Central Park. But eventually, he made his professional stage debut with a small role in The Doctor’s Dilemma and took his Broadway bow in 1942’s Morning Star.

Strong reviews for his performance in the latter production attracted the attention of Hollywood scouts and he signed contracts with four different studios. His spinal injury left him exempt from service during World War II, which allowed Peck to enter movies as a leading man right from the start.

After his film debut in Days of Glory, Peck earned an Academy Award nomination for the 1944 drama The Keys of the Kingdom and was near-instantly catapulted into stardom.

Peck next starred opposite Ingrid Bergman in Alfred Hitchcock’s Spellbound, playing a psychiatrist and troubled amnesiac who may also be a killer. He received his second Oscar nomination for his part as a loving father in 1946’s The Yearling, and did a one-eighty to portray a womanizing villain in King Vidor’s infamous Duel in the Sun.

He rejoined Hitchcock as a barrister accused of murder in the Master’s lesser work, The Paradine Case, and earned his third Best Actor nod for his role in Elia Kazan’s powerful drama, Gentlemen’s Agreement.

By the time he received his fourth Academy Award nomination, which came with his excellent performance in Twelve O’Clock High, Peck was undeniably the biggest star in Hollywood.

In fact, he managed to steal a role from John Wayne, who wanted to play the lead in the 1950 Western, The Gunfighter, though The Duke did aid him a bit by not wanting to work with hated producer, Harry Cohn, who wound up selling the script to another studio.

Though he received most of his Oscar nods in the 1940s, Peck arguably had his most success at the box office in the next two decades. He showed his lighthearted side in the romantic comedy, Roman Holiday, which turned unknown British actress, Audrey Hepburn, into a star.

He went on to deliver one of his best performances as the maniacally obsessive Captain Ahab in John Huston’s adaptation of Moby Dick. Peck next starred in Pork Chop Hill, a documentary-like war drama about a company of men fighting and dying to take a worthless hill during the Korean War.

The greatest box office success of his career was undoubtedly The Guns of Navarone, an intense action thriller about an Allied force trying to take out a set of giant Nazi cannons standing sentry over a strategic channel in the Aegean Sea.

To Kill a Mockingbird

But all was prologue for his most iconic performances, playing the morally courageous small-town lawyer, Atticus Finch, in 1962’s To Kill a Mockingbird. Peck won the Oscar for Best Actor that year for a role that many felt he was born to play.

In fact, his own persona off screen was not unlike Atticus Finch himself, and Peck said for years after that people were inspired by his performance and that he felt truly lucky to have played such a beloved role.

By the time he butted heads with Robert Mitchum in the original Cape Fear, Gregory Peck had become a living icon. Aside from his film career, Peck was cementing his legacy as a great humanitarian, earning a Presidential Medal of Freedom from President Lyndon Johnson in 1969.

He was never shy about his politics and was active in a number of liberal causes, which naturally raised concern with Johnson’s predecessor, Richard Nixon, who put Peck on his infamous enemies list.

Peck was also a founder of the American Film Institute, a three-term president of the Academy of Motion Picture Arts and Sciences, a member of the National Council of Arts, and even flirted with running for Governor of California against former friend, Ronald Reagan.

After joining an all-star cast that that included Henry Fonda, Debbie Reynolds, John Wayne and Jimmy Stewart for How the West Was Won, Peck entered into a career lull that lasted nearly a decade until resurrecting himself with The Omen, in which he played the adoptive father of the spawn of Satan.

He concluded the decade playing two diametrically opposed historical characters: World War II hero MacArthur and Nazi villain Dr. Joseph Mengele in The Boys of Brazil, the latter of which alienated some of his fans.

His career slowed in the 1980s with roles as Abraham Lincoln in miniseries The Blue and the Grey and as a priest saving Jews in World War II in The Scarlet and the Black. He returned to the big screen to play the lawyer of Robert De Niro in Martin Scorsese’s version of Cape Fear and soon after settled into semi-retirement.

Peck made his last appearance as a fire-and- brimstone preacher in the small screen adaptation of Moby Dick in 1998. Just a few years later, he died of bronchopneumonia on June 12, 2003 in Los Angeles. He was 87 years old.

As a performer, Gregory Peck embodied strength and moral certainty like no other actor before or since. And he carried that conviction into his personal life, where he steadfastly fought for causes he believed in.

But it’s the Peck we saw on screen that is forever etched into our collective memories. When he passed, Peck left us an enduring legacy as an icon who charted his own course while becoming beloved to generations fans. 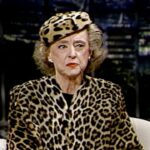 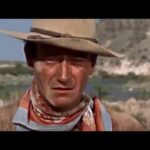