Greg Lutzka grew up playing hockey in Milwaukee. After 9 years of hockey, in 6th grade, Lutzka came home from a hockey camp and simply decided to ride a skateboard instead. He was in competitions by age 13, and in 2004 he and a couple of friends moved out to Huntington Beach, California. The move allowed him to skate with other pros, and get into more magazine photo shoots. His career has exploded over the last few years, as he has rocketed into first place over and over. But, he still likes to go back to Milwaukee each Christmas because he says, “I gotta have the snow!”

Australia is one of Greg Lutzka’s favorite places to visit – he calls it, “The clean America.”

Lutzka is a technical skater, who likes to incorporate kickflip combos into his runs – runs that usually seem to hit most everything on the course. Greg Lutzka loves to try new things and challenge himself, and this style shows in his skateboarding.

“I just pretty much love to skate everything. I love to go out and ride my skateboard, pools, vert, street, stuff that’s out of the ordinary. I like to try everything because it builds your skill around the whole ballpark. I don’t want to be categorized in one particular way or moment.” (EXPN)

About his approach to big skate contests, Greg Lutzka says, “I pretty much just go out there and think of it as skating and having fun with my friends. When I start thinking too much about it being a contest, it gets to be too much for my head. If I’m having fun I’ll do a lot better than if I stress to do well.” (EXPN)

This Greg Lutzka Net Worth profile originated at WealthyGenius.com 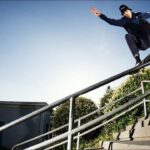 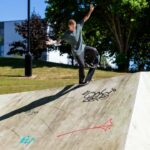