How much is Gordon Ramsay worth?

Gordon Ramsay is known the world over for his colorful language and searing critiques of his apprentices and young chefs, both on and off the set. This A-lister in the culinary world said that his enrolling in catering school was “a complete accident” because he really wanted to be a footballer, but a serious knee injury sustained during a training session dashed that dream.

Still, Ramsay made good for what he might have missed out in football by chalking up coveted awards and accolades in Michelin Stars, Catey Awards and star power in the reality cooking shows he has hosted and starred in.

Born in 1966 in Johnstone, Scotland, he moved with his family to Stratford-Upon-Avon, England, when he was 5 years old. When he was 15, he was chosen by the professional football club Rangers to play as a trialist for non-league matches and was signed on by the club. During a training session, he injured his knee badly.

By the time he was 19 years old, Ramsay was sponsored by the Rotarians to study hotel management at North Oxfordshire Technical College. After graduating from hotel management school in the mid-80s, he worked at a hotel in the Cotswold, England, before moving to London where he worked at various restaurants until he had the idea to go work at Harveys for chef Marco Pierre White. There, he stayed for more than 2 years honing his craft. After he left Harveys, at the suggestion of White, he went to work at La Gavroche in Mayfair where he met Albert Roux. Albert invited Ramsay to work with him at a ski resort, Hotel Diva, in the French Alps which Ramsay did for a fifteen-week season. After Hotel Diva, Ramsay went on to work for culinary luminaries Guy Savoy and Joel Robuchon in Paris. Ramsay has said publicly that Savoy was his mentor.

After his stints in Paris, he took a gap-year and worked as a personal chef onboard a private yacht. Ramsay returned to London in 1993, and that was the start of his rise to stardom, starting with Marco Pierre White’s renamed restaurant, Aubergine, which clinched its second Michelin Star in 1997 under Ramsay as head chef. In 1998, after a disagreement over the business strategy for Aubergine with its business owners, Ramsay started his own restaurant, Restaurant Gordon Ramsay with the help of his father-in-law.

This marked the start of his holding company, Gordon Ramsay Holdings Limited, where most of his ventures are held under, and also the beginnings of his television career. Ramsay went on to own 14 restaurants in the United Kingdom, 4 in France, 1 in Ireland, 2 in Italy, 1 in Canada, 13 in the United States, and 10 Internationally, from Dubai to Singapore.

From the year 2002 to present day, Ramsay would also appear in more than 35 television shows, including the hugely popular Hell’s Kitchen US and UK, the F Word, Ramsay’s Kitchen Nightmares and various versions of Masterchef.

Such was Ramsay’s contribution to the hospitality industry that in 2006, he was appointed Officer of the Order of British Empire by Queen Elizabeth II.

As of 2021, Gordon Ramsay has an estimated net worth of $225 million dollars.

Gordon Ramsay may be ruthless in the kitchen, swearing at and bashing his junior cooks, but we can’t deny that he is one of the best chefs in the world. In today’s world of social media and reality TV, chefs are celebrated as much as any television or movie star. Ramsay’s roles and appearance in Hell’s Kitchen, the F Word, Ramsay Kitchen Nightmares, and Masterchef have not only propelled a young and ambitious chef upon his return to London from France into mega-fame; it has also won him various television awards and opportunities presenting travel documentaries, charity programs, and even a part in an episode of The Simpsons: The Food Wife.

And what makes him so popular and ultimately successful is his stive for perfection and no-nonsense attitude to putting together the best dish even if it means that he has to scream and shout expletives at his young chefs to spur them onto greater heights; because if this is what it takes to elevate the standards of his trainees, then it is what he will do. It is also this side of his personality that makes for great television, which saw him rise to great popularity on both sides of the Atlantic, and eventually the world over.

Outside of cooking and television, Ramsay is also a philanthropist. Together with his wife, they are the patrons of the Gordon and Tana Ramsay Foundation which donates and works with charities like the Great Ormond Street Hospital Children’s Charity. He has also teamed up with other celebrities on various television shows and playing football to raise funds for other charities.

How did Gordon Ramsay get so rich?

With more than 35 restaurants worldwide to his names and appearances on numerous television shows, Ramsay is said to make about $60 million in a typical year, although he has faced some hard times, for example, when his restaurant group was hit by a loss of some 3.8 million in sterling pounds in 2018 (approximately $4.6 million).

The main sources of his earning are indeed from his restaurants and reality TV shows. According to a source, Ramsay earned about $225,000 per episode for Hell’s Kitchen alone, and this is only one of his numerous shows on air right now.

He has also released his own mobile game called Restaurant Dash: Gordon Ramsay, which is also a source of revenue for the Ramsay empire. Downloading the game is free, but in-game purchases and advertisements are charged.

Becoming the head chef of a two Michelin starred restaurant, Aubergine, at a young age was certainly a feat not many chefs can lay claim to already. Going solo to open his own restaurant, Restaurant Gordon Ramsay, which received a three-star rating from Michelin is definitely a status only a very select handful of chefs can boast of. Combine this with television shows where he educated and entertained audiences around the world with his fiery personality and colorful language, it’s a simply a recipe that screams success.

His early success in the UK and the US may have provided him a firm foundation for accumulating wealth; his fame and popularity have since enabled him to spawn an empire across the globe, with restaurants from Dubai to Singapore.

For a Scottish lad growing up and wanting to play football but instead becoming a tour de force of the culinary and television world, Gordon Ramsay inspires with his culinary perfection and no-nonsense television personality. Ramsay is not always all fire and brimstone in the kitchen and on television. In Masterchef Junior, he shows his nurturing and tender side with kids who want to grow up to be chefs. 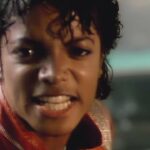 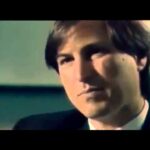