Teixeira moved to Connecticut from Brazil in 1999 to support his family by working as a landscaper. While there, he casually mentioned to a friend that he was considering trying boxing, being a big fan of Mike Tyson. The friend, knowing that Teixeira’s home country of Brazil had very little legacy in boxing, suggested Brazilian Jiu Jitsu. At the time, Teixeira had no real knowledge of the martial arts style. But he managed to put his hands on tapes of UFC 1 and 2, and after seeing what Royce Gracie did, was sold on the art.

Brazilian mixed martial artist Glover Teixeira has a net worth of $9 million dollars, as of 2021. Teixeira is a former member of the Brazilian National Wrestling Team and has competed in the WEC, Impact FC, PFC, and Shooto.

Teixeira’s MMA career did not get off to the start he wanted it to, losing by TKO to Eric Swartz at WEC 3 on June 7, 2002. He then won two straight fights, including one over Matt Horwich, before dropping another bout to Ed

Herman in 2005. After that he went on an impressive 15 fight pre-UFC winning streak, defeating the likes of Rameau Thierry Sokoudjou (KO), Márcio Cruz (TKO), Marvin Eastman (KO), and Ricco Rodriguez (submission due to punches), before the number one mixed martial arts organization came calling.

Teixeira, despite a great start to his career, took a break from fighting in the United States for a period of about three years (from 2008-2012). Why? Visa issues. When asked to explain what the issues were with getting his visa by Bloody Elbow, here’s what he had to say:

“It’s hard to say. I would go and they would say you need this paper or that paper, and it kept going on and on like that. By the time everything went through, three years went by. It’s crazy. I’ve been waiting for this for the longest time, and it’s been my hardest fight.”

On May 26, 2012, Teixeira finally cleared up his visa issues and debuted in the UFC at UFC 146. He defeated Kyle Kingsbury by arm triangle choke.

Teixeira simply has a lot going for him. He is very big and strong with lots of power. Along with this, he prefers standing and trading with opponents, which often goes his way due to technical prowess and knockout power. What’s more, Teixeira also possesses well above average wrestling skills and very high level submission capabilities.

In other words, he’s as well-rounded as they come. And he’s an athlete to boot.

Some of Glover Teixeira’s Greatest Victories:

This X Net Worth profile originated at WealthyGenius.com 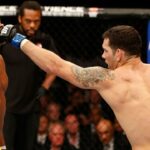 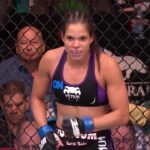