The position of goalkeeper is the loneliest on the field, with long spells of inactivity. But when Gianluigi Buffon is bored, he can at least reflect on the multitude of individual and team honors he has won since making his debut as a 17-year-old for Parma.

The likeable Juventus and Italy custodian is one of the best goalkeepers of his generation and humble to go with it. Serie A Goalkeeper of the

Year on no fewer than eight occasions, he and Real Madrid’s Iker Casillas stand together as arguably the best in their position since the turn of the century, both blessed with that ability to make a key save when otherwise unemployed.

After joining Parma at the age of 13 and appearing for the club’s youth sides, Buffon made his debut in November 2009 – a 0-0 draw against AC Milan.

Buffon went on to play 168 matches in six seasons at the Ennio Tardini, winning an Italian Cup, Italian Super Cup and the UEFA Cup.

Playing behind such stalwarts as Fabio Cannavaro and Lilian Thuram in the days when Parma spent lavishly on some of the world’s finest players, the club regularly finished in the upper echelons of Serie A. A second place finish and Champions League qualification under Carlo Ancelotti in 1997 was a memorable achievement for the modest outfit from Emilia-Romagna.

The Bianconeri swooped for Buffon when they paid a world record US$46.8 million fee for a goalkeeper in 2001.

Many thought the price excessive when such fees were mainly being paid only for the best attacking talent, but Buffon’s subsequent performances silenced the doubters and over a decade on, the move looks a smart piece of business on Juve’s part.

He has helped the Old Lady to five Serie A titles and even stayed at the club when they were relegated for their part in the Calciopoli corruption scandal that rocked Italian soccer.

Buffon made his international debut in freezing cold Russia in the heart of winter. He was 19 when introduced as a replacement for the injured Gianluca Pagliuca in a 1998 World Cup play-off.

He was an unused substitute at the finals and a broken hand meant that he played no part at Euro 2000. Buffon was the number one goalkeeper at the 2002 World Cup and Euro 2004 but Italy failed to make a real impact in either competition.

The pinnacle of Buffon’s international career was the 2006 World Cup which Italy won in Germany. He conceded just two goals in the tournament as the Azzurri triumphed on penalties after a 1-1 draw with France in the final.

Buffon helped Italy to the quarter-finals at Euro 2008 as he took over the captaincy due to Cannavaro’s absence through injury, but only played one match at the 2010 World Cup after a problem with his sciatic nerve. Italy failed to make it out of their group.

This Gianluigi Buffon Net Worth profile originated at WealthyGenius.com 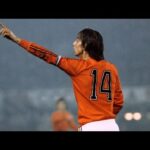 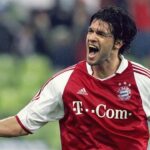