We all have that friend who we’re worried might drop dead at any second with their double bacon cheeseburger smeared on their chest. Getting them to eat healthy can range in difficulty from zero, to well at least they know exactly how they’re going to leave the earth. But since we all want our pals to lead long, healthy lives, there are some things to avoid doing whilst showing them the path to nutritional bliss. Here are basic some do’s and don’ts to follow:

6. Don’t: Insist that “Kale chips are just as good as potato chips.”

That is objectively untrue, and anyone who claims to believe as such is leading a life of self-delusion. Lying to your friend about this kind of thing is will only detract from your credibility, and make them less likely to take your advice. The fact is that unhealthy snacks taste great, but there are lots of compelling reasons to choose the healthy versions of them.

5. Do: Explain the benefits of choosing the healthy snack over the junk food.

Instead of, for example, claiming that kale chips taste better than potato chips, you could say that kale is the most nutrient dense vegetable there is, and that they come in lots of chip-like flavors (BBQ, Ranch, even Curry) that help mask the fact that you’re eating leaves.

4. Don’t: Tell them everything they’re eating is going to kill them.

I’m personally guilty of making this mistake. Even if you truly have their health at heart, people typically don’t respond well to condescending statements, and might prompt a “Well everything is bad for you anyway” type of response. And that’s just not true.

3. Do: Give them specific examples of harmful ingredients.

If you tell them some particular things to try to avoid, they can ease into changing their eating habits instead believing they have to reset their life in a day. Suggest buying organic meats and dairy to avoid the antibiotics and hormones found in processed products. Your friend is probably aware you’re no nutritional scientist, so if they don’t want to take your word for it, suggest some documentaries that will give them the straight dope on dangerous food.

2. Don’t: Take them to a vegan restaurant right away.

Not only can some vegan joints be socially daunting, the experience might make a bad first impression on your friend. Not only is vegan food expensive, your friend may not even be able to navigate the foreign foods menu, and be intimidated out of this whole ‘health’ thing.

1. Do: Show them some easy, healthy recipes to make at home.

Suggest some simple ways to eat healthier at home, which can be less expensive and provide a safe space to experiment with healthy eating. You can even make a playdate out of it and go grocery shopping together before cooking up the kale.

As you can see, the most important thing is not to alienate your friends by making them think the health food circle is some kind of cool club. Show them that natural, whole foods aren’t disgusting, and that eating healthier actually makes you feel better, too. And sneaking a steak in here and there definitely won’t hurt. 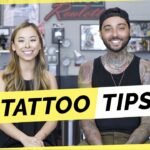 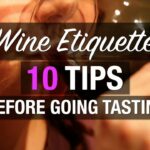