How much is George Lopez worth?

Starring as himself in the aptly-titled sitcom George Lopez before putting stars in the hot seat on Lopez Tonight.

Who Is George Lopez

When asked in interviews what he’s proudest of, George Lopez gives an answer that’s something of a mission statement of his comedy: “I grew up with nothing and nobody ever told me I could do anything.” That combined with the fact that he is Mexican-American account for some 90% of Lopez’s humor. And that humor has struck a chord. From his nervous first time on stage in 1979 to selling out the Universal Amphitheater an unprecedented seven consecutive nights in 2004, Lopez has arrived as one of the foremost Hispanic entertainers in America.

American comedian George Lopez has a ballpark net worth of $50 million dollars, as of 2021.

“So Sad It Had To Be Funny”

George Lopez was born and raised in the predominately Hispanic, Mission Hills neighborhood of Los Angeles, California. Lopez sometimes speaks of his father as a migrant farm worker, but growing up Lopez never knew him, as he left when George was just a baby. His mother, too, abandoned him right after his 10th birthday to start a new life with a new husband. Young George was taken in by a pair of apathetic grandparents. Though he’d later turn these experiences into comedy, growing up abandoned and alone was probably only funny in retrospect. His grandmother was abusive and distant—never celebrating George’s birthday, for instance—and he learned quickly that he was on his own.

But his dreams of performing started when he was a teenager, watching Freddie Prinze in Chico and the Man. After Desi Arnaz, Prinze was one of the only Hispanic performers with his own show, and Lopez set his sights high. He was the first in his family to graduate high school, directly after which he tried stand-up for the first time. But the experience was terrifying and he avoided the stage for four years, not wanting to relive the fear. He worked odd jobs and thought about a career in information technology, but ultimately couldn’t stay away from comedy. “I became a comedian,” he wrote in his top-20 autobiography Why You Crying, “to deal with [my grandmother’s] psychological abuse, a life so sad it had to be funny.”

Lopez wasn’t a natural comedian, and his start in stand-up was difficult. He describes bombing in comedy clubs in the late ‘80s and early ‘90s as the “I Hate Me years when I was the Angriest Most Depressed Man Alive,” drowning his sorrows in alcohol. But practice makes improvement and Lopez soon started to gain comedic skill and recognition.

He made a name for himself by using the worst stories of his neglected and abusive childhood and making light of them, and found an expansive audience. He had a bit part in the 1990 movie Ski Patrol, and soon after met Ann Serrano, whom he married in 1993. Two years later the couple welcomed their first child, Mayan. His career grew along with his family, and in 1999, Lopez was hired to host a morning drive-time radio show in Los Angeles, a first such honor for a Hispanic-American on an English language show.

Touched By A Bullock

Lopez found an unlikely career angel in Sandra Bullock. The actress was a fan, and reached out to Lopez to develop a prime-time sitcom, as she shared the comedian’s concern that there weren’t enough Hispanics on television. ABC picked up the George Lopez show in 2002 and it ran successfully for five years. When ABC decided to cancel the show in 2007, Lopez lashed out to the press, complaining in a profanity-laced tirade that his show was canceled for racial reasons, and that “TV just got really, really white again.” Despite his fondness for fits, TBS offered him a talk show hosting spot, and Lopez Tonight was born in 2009.

In 2005, during the middle of the George Lopez show’s run, a genetic defect required that George receive a kidney transplant. His then-wife, Ann, gave her kidney and in return, George promised to always be by her side. But the two announced they were divorcing in late 2010, bringing public scrutiny.

But his wife wasn’t the only one who George didn’t get along with. The late night host has had much publicized feuds with Jay Leno (who he called a “two-faced dude”), Carlos Mencia (who he accused of stealing his jokes), Erik Estrada (“F**k that p*to,” he said) and Kirstie Alley (who he called a dancing pig). Alley responded by demanding his kidney via Twitter on behalf of his ex and all the women he’s insulted. After the low blow, he sent Alley flowers and she publicly forgave him.

But for all the tumult, Lopez has endured. He is very active in charity work and has received an honorary Mayorship of Los Angeles for his efforts. He has enjoyed small roles in a number of films, broken Hispanic-American barriers and been recognized as Harvard University’s Artist of the Year and Humanitarian in 2004, as well as Time Magazine’s 25 Most Influential Hispanics in America in 2005.

Defining Quote “It means a lot in that I always felt invisible, and I was louder in my own head than I was verbally… I was torturing myself, wanting to say things and not knowing how to be. The stand-up was a way out but it never came easy.” 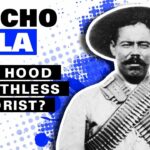 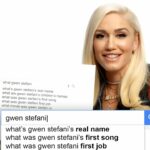