How much was Gary Coleman worth?

Who Is Gary Coleman

As a child, Gary Coleman appeared in commercials for companies including McDonald’s and Hallmark, and scored guest-starring roles on sitcoms including Good Times and The Jeffersons. Legendary sitcom producer Norman Lear spotted Coleman in a commercial and cast him in a remake of Little Rascals that never made it past the pilot stage.

American actor, comedian, and writer Gary Coleman had a net worth of $75 thousand dollars at the time of his death, in 2010. Coleman was one of the highest-paid child actors in the late ’70s early ’80s earning as much as $100,000 per episode on Diff’rent Strokes.

Gary Coleman was married to Shannon Price from 2007 until his death in 2010.

At age 10, Coleman landed the role of Arnold Jackson, a precocious inner-city kid adopted along with his older brother Willis (Todd Bridges) by wealthy businessman Philip Drummond (Conrad Bain), on the NBC sitcom Diff’rent Strokes. Strokes became a huge hit, and Coleman was the most popular child star in America, making a large salary and achieving fame with his charm and the indelible catch phrase “What you talkin’ ’bout, Willis?” Strokes eventually declined in popularity and resorted to storytelling gimmicks to retain viewers. After moving to ABC for its eighth and final season, the show ended in 1986.

During his time on Diff’rent Strokes, Coleman capitalized on his fame by starring in feature films and made-for-TV movies including The Kid With the 200 I.Q., Jimmy the Kid, The Kid From Left Field, Scout’s Honor and The Kid With the Broken Halo, which then spun off into the 1982 animated series The Gary Coleman Show, featuring Coleman as the voice of an apprentice angel. It lasted only one season, and none of Coleman’s movies were major hits.

Although Coleman had achieved great fame while on Diff’rent Strokes, he had difficulty following up his success, landing mostly minor cameos, often as himself or as Arnold, in TV shows and low-budget movies. He eventually found work as a security guard and owned an arcade, but never was able to remain steadily in one field. Toward the end of his life, Coleman gained some renewed notoriety for appearances on reality shows including The Surreal Life and Divorce Court.

Coleman was born with a congenital kidney defect that required a number of surgeries and a lifetime of dialysis, and stunted his growth, leaving him far below average height and with a perpetually youthful appearance. Coleman struggled financially following Diff’rent Strokes, and in 1993 was awarded over $1 million in a lawsuit against his parents, claiming they stole his income from the popular sitcom. Later in life, Coleman continued to have financial problems, and was several times cited for violent incidents, including charges related to fights with his wife Shannon Price.

On May 26, 2010, Coleman fell at his home in Utah and was rushed to the hospital. He was diagnosed with a brain hemorrhage, and although his condition at first appeared to improve, he fell into a coma and was put on life support. Coleman passed away on May 28, 2010. 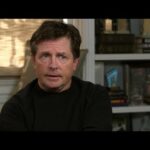 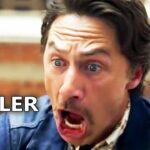