Garrett Gomez was born on January 1, 1972, in Tucson, Arizona. He began his career in September 1988 at Santa Fe Downs and rode the fair circuit before moving to Nebraska’s Fonner Park and Ak-Sar-Ben. He was the second leading apprentice jockey in 1989 with 182 winners.

American Thoroughbred jockey Garrett Gomez had a net worth of $2 million dollars at the time of his death, in 2016. Gomez won two Eclipse Awards and thirteen Breeders’ Cup races during his career.

The 2008 season also marked the third straight year Gomez led all jockeys in North America in earnings with over $23 million. He fell only $10,609 short of breaking the all-time record of purse earnings in one season and also was leading jockey by number of graded stakes wins with 42.

A Bump in the Road:

Due to personal problems, including substance abuse, Gomez missed 21 months of racing and entered rehab on October 29, 2003. He overcame these problems and two years to the day after entering rehab, he won two Breeders’ Cup races, the Mile aboard Artie Schiller and the Juvenile aboard Stevie Wonderboy.

However, he came out second in the 2008 Shoemaker Award to Frankie Dettori.

Although Gomez was based in Southern California for most of his career, he moved his tack to the East coast to become the first-call rider for trainer Todd Pletcher in April 2005 when John Velazquez was out with an injury. He continues to ride for Pletcher, and although he went to California for the winter, he returned to New York in the spring.

Gomez led the nation in earnings in 2006 with over $21 million, but he still finished second in the Eclipse Award voting for Champion Jockey to Edgar Prado. However, he won the Eclipse in both 2007 and 2008 after two excellent years that both included multiple wins in the Breeders’ Cup Championships.

Gomez is married to wife Pam and has four children: Amanda, Shelby, Jared, and Collin. They reside in Duarte, California.

This Garrett Gomez Net Worth profile was originally published on the WealthyGenius.com website. Any posting of copyrighted material is expressly prohibited. 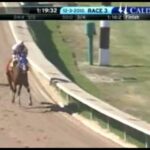 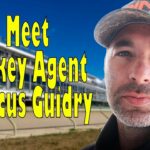