Beautiful Israeli model and actress Gal Gadot is best known for her role as Gisele in The Fast and the Furious movies and Wonder Woman in Batman v Superman: Dawn of Justice. Her spectacular career started when she won the 2004 Miss Israel pageant. Gadot’s total net worth is approximately 5 million dollars as of 2021.

How Did Gal Gadot Get So Rich?

Gal was born on April 30th, 1985, in Rosh HaAyin, Israel. In 2008, she started her modeling career, working for Castro. She modeled in campaigns for several brands, including Captain Morgan, Jaguar, and Vine Vera. You could see her on covers of Cosmopolitan, Bride Magazine, and FHM. After attending a beauty pageants, she served as an enlisted soldier in the Israel Defense Forces for two years. She became the new face of Gucci’s Bamboo perfume brand in 2015.

Gadot starred on several TV series, including the role of Olivia in The Beautiful Life: TBL, Kika in Asfur, Yamit Bareli in Kathmandu, and in movies like Date Night, Knight and Day, and Kicking Out Shoshana. Gal was ranked number 84 on the Maxim magazine’s Hot 100 Women of 2014 list and we are not surprised. She has perfect body and looked terrific in their photo shoot.

Gadot is married to Israeli businessman Yaron Varsano since September 2008. Gadot and her husband owned the hotel in Tel Aviv, but sold it to Roman Abramovich for $26 million. Gadot gave a birth to daughter Alma in November 2011. Gal loves riding a motorcycle and owns 2006 Ducati Monster-S2R in black color. 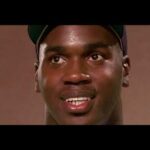