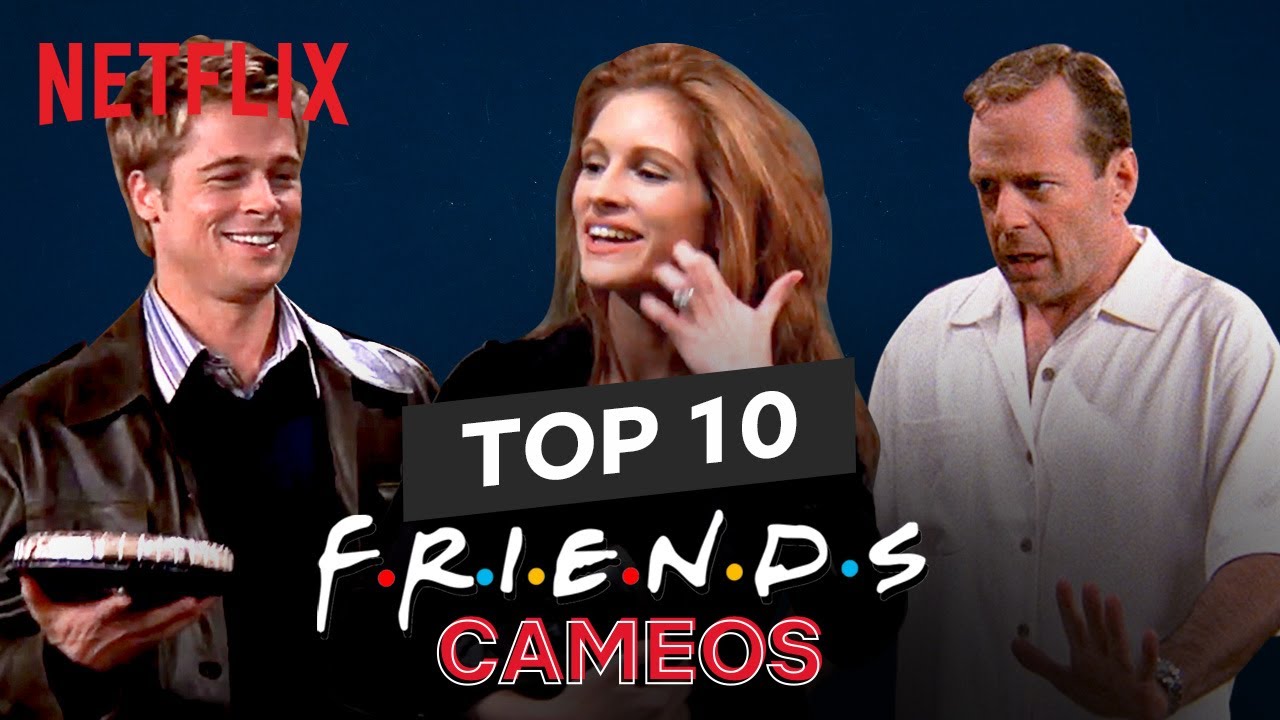 There are so many things to love about Friends. The show became one of the biggest cult favorites in the history of television because it had so many great elements. Think about the cast, the hilariously quotably lines and the episodes that made us have all of the feels. We also cannot forget about the guest stars.

Cameos are often what make a great show even better. As much as we loved the cast of Friends, it was always a treat to see what actors and actresses were going to show up in the Central Perk universe. There were even some surprising guest stars when the show premiered. The next time you’re re-watching Friends keep an eye out for some of these celebrity cameos.

Julia Roberts was one of the biggest celebs of the late 1990s and early 2000s so it only seems appropriate that she made an appearance on Friends. If you can think back, she was Chandler’s (Matthew Perry) old fourth grade classmate, Susie Moss. If you don’t remember that name, maybe you remember her from her other name, Susie Underpants. If you don’t recall either name, watch the episode. It was a good one.

Hugh Laurie might not have had the most likable guest appearance. He starred as an annoying guy on a plane who sat next to Rachel (Jennifer Aniston). If you always seem to end up sitting next to the most annoying people on the plane, you probably felt sorry for Rachel when she sat next to Hugh’s character and she had to deal with some harsh-if-sort-of-true comments.

People might know Bruce Willis‘ Friends cameo more for the fact that it may-or-may-not have been the result of the actor placing a bet with Matthew Perry while they were filming the The Whole Nine Yards. And he may-or-may-not have guest starred it for free. Bruce ended up playing Paul Stevens, the dad of one of the students Ross was dating. He also had a fling with Rachel.

Some of the Friends characters’ family and friends were actually played by A-list stars. Case in point: Reese Witherspoon’s turn as Rachel’s younger sister, Jill Green. She rolled into town and, being a sibling, she seemed to cause a lot of trouble right away. If you don’t remember, you’re going to have to re-watch the episode. We won’t spoil it.

We’re more used to TV worlds merging together now, but do you remember the moment that Friends and ER came together? George Clooney and Noah Wyle showed up in their blue scrubs to treat Rachel’s ankle. We were stoked about it then and we’re just as excited watching the scene now.

Yup, Charlie Sheen had a guest appearance on Friends. Before Two and a Half Men, Charlie showed up on the NBC sitcom as Ryan. Ryan was a guy who Phoebe used to date. He was in the navy and in town for a short time so the two wanted to catch up. However, Phoebe ended up with chicken pox, making their plans a little more complicated.

Some of the best Friends cameos came when the characters dated outside of their friends (huck, huck) circle. Remember Alec Baldwin? He played Parker, Phoebe’s (Lisa Kudrow) short-lived boyfriend. He seemed to be very, very positive about everything and had a knack for coming up with the most random compliments about things that you would never think to compliment.

You’ll probably remember the Winona Ryder guest appearance because of a certain famous scene. The actress played Melissa Warburton, an old college friend of Rachel’s. When the two play catch up, Rachel talks about how she and Melissa kissed during a wild weekend of partying and sangria. Melissa claims not to remember the incident…

Tom Selleck (and his mustache) showed up on Friends a few different times. He had a reoccurring part as ophthalmologist Dr. Richard Burke. He was a close friend of Monica (Courteney Cox)’s parents and ended up having a relationship with her, despite being 21 years her senior. Because of the entire situation, there was some drama.

One of the hilarious parts of Friends was seeing Joey’s (Matt LeBlanc) acting jobs, especially his work on Days of Our Lives. One highlight was when he got to film a show with Susan Sarandon. She played Jessica Lockhart. Let’s just say that what happened off screen on the show was almost as complicated as what happened on screen. That’s saying something as Days of Our Lives was a soap.

Ben Stiller had a lot of movies coming out while Friends was on the air including Meet the Parents, There’s Something About Mary and Zoolander. Yet, he still managed to have a Friends guest star spot. He played Tommy, aka The Screamer, who was Rachel’s wedding date. And he was a date that people weren’t soon going to forget.

Brooke Shields was one of the hottest models of the 1980s until she branched out into acting. One of her memorable turns was on Friends when she played Erika Ford. She was a massive fan of Joey as Dr. Drake Ramoray on Days of our Lives. While Joey might have initially been enamored with her, things quickly changed directions when she revealed her true colors.

There were a lot of hilarious Friends appearances, but Danny DeVito might actually win the award for best cameo. He surprised everyone (real and fictional) when he showed up as a stripper dressed in a policeman’s uniform for Phoebe’s bachelorette party. If you thought that was shocking, the episode actually had even more surprising turns.

Remember Ursula Pamela Buffay, Phoebe’s not-so-nice twin sister? Sean Penn played Ursula’s fiancé, Eric. It turned out that Ursula didn’t treat Eric in the best way. This resulted in a memorable moment between Eric and Phoebe on the steps outside of the apartments in the middle of a Halloween party.

Fun fact: Apparently, the guest appearances of Billy Crystal and Robin Williams weren’t originally planned. The universe came together when the two legendary comedians were in the same building where Friends was being shot, and they were approached to do a cameo. Thankfully, they actors agreed and the script was adapted so the characters could overhear their convo in Central Perk.

Awww, remember when little Dakota Fanning was on Friends? She had lots of credits to her name as a child actress, but she still impressed us at 10 when she played Mackenzie. She lived in the house that Chandler and Monica were looking at when they wanted to move to the suburbs. Like Dakota IRL, Mackenzie was wise beyond her years and offered some good advice to Joey.

If we think back to when Friends was at its peak, Jennifer Aniston and Brad Pitt were the golden couple. They had the matching blonde hair and that golden California vibe about them. We couldn’t get enough of them on red carpets and in magazines so it was a thrilling day when Brad was on Friends. He hilariously guest starred as Will, an old friend of Ross’s (David Schwimmer). He showed up at Thanksgiving and there were some major revelations, including who the founders of the “The I Hate Rachel Green Club” were. 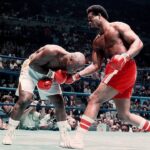