How much is Frank Ocean worth?

The singer-songwriter who would eventually become known as Frank Ocean grew up loving music and began singing as a child. He was born Christopher Edwin Breaux in Long Beach, California, and moved with his family to New Orleans, Louisiana at the age of five. He mostly listened to R&B and New Orleans jazz, his mother often listened to Anita Baker and other ’80s artists which Ocean also grew accustomed to. He began writing songs and eventually made a demo when he was just a teenager. To support himself he also worked odd jobs, including mowing lawns and washing cars to earn money to finance his music venture.

American singer, songwriter, and rapper Frank Ocean has an estimated net worth of $8 million dollars, as of 2022. He is known for his incredible vocal range, breaking boundaries in the music business and popular culture, as well as his introspective songwriting.

He graduated from John Ehret High School in Marrero, Louisiana in 2005, and enrolled in the University of New Orleans. He had just moved into his dorm and become settled when Hurricane Katrina struck in August of that year. The facility he had been recording music in was eventually wiped out, between the storm and the looters. Ocean transferred to the University of Louisiana at Lafayette. Not long after, he chose to drop out and purse his music career in Los Angeles.

He arrived in Los Angeles at a time when Alternative R&B was more popular than ever. Being well versed in the genre, as well as having a base in soul and pop, he landed a songwriting deal that led to him writing material for John Legend and Brandy, among others. He also recorded demo songs and shopped them around hoping for a recording deal. In 2009, he began working with the hip-hop group collective commonly known as Odd Future as the group’s singer. That same year, Ocean finally signed a record deal as a solo artist with the Def Jam label. He then proceeded to record with Odd Future on various mixtapes and official releases, while preparing his debut solo album.

His relationship with Def Jam had become strained, and instead, in 2011, he self-released a mixtape/EP called Nostalgia, Ultra. The mixtape was not even an official release but its widespread notoriety caused the label to take notice eventually releasing two of the songs from the tape as singles, “Swim Good” and “Novacane”. By mid-2012, Ocean had recorded his first studio album Channel Orange. Before the album dropped, Ocean came out as bisexual in a Tumblr note. Lyrics from the songs “Bad Religion” and “Forrest Gump” reference male-male romantic relationships and the songwriter talked about a time when he was 19 and fell in love with a man. They spent two summers together and he was open about it on his website. While Ocean’s revelation came as a surprise, he received support from others in the music industry, including Beyoncé.

With features from André 3000, John Mayer, and Earl Sweatshirt, Channel Orange shared descriptive stories in the song lyrics that included material about unrequited love, as well as drug dependency. The album received universal critical acclaim and made its ways to number 2 on the Billboard 200 chart. Ocean was nominated in six Grammy categories, including “Album of the Year”, “Record of the Year”, and “Best New Artist”. That constituted three of the “big four” Grammy categories. The fourth being “Song of the Year”. He was also awarded “Best Urban Contemporary Album” and Jay-Z and Kanye West‘s “No Church in the Wild” won “Best Rap/Sung Collaboration” which featured vocals from Ocean. He was included in the “100 Most Influential People” by Time magazine that year of 2013.

He then began to collaborate, including on Kanye West’s The Life of Pablo, Beyoncé’s self-titled album and James Blake’s The Colour in Anything. After he streamed a video of him building a staircase accompanied by instrumentals, in 2016, he released his first visual album Endless on August 19. The very next day he released his second studio album, Blonde. He continued with his collaborations and released singles in 2017, including the platinum “Chanel,” in addition to notable appearances on Calvin Harris’ Funk Wav Bounces, Vol. 1, Tyler, The Creator‘s Flower Boy, and Jay-Z’s 4:44. That year, Ocean won an NME Award for “Best International Male Artist”. In 2018, he released “Moon River”, in 2019, “In My Room”, and in 2020 “Dear April” and “Cayendo”.

Frank Ocean has earned from his record sales as well as from his live tours, including in Europe and Canada as well as throughout the United States. In its first week, his album Blonde reportedly generated over $2 million dollars in revenue. Around $1.6 million was earned from its 232,000 sales as well as a little over $500,000 from the 69 million streams. Over $350,000 will have gone to pay royalties to songwriters.

Therefore, Ocean earned around $1.75 million dollars that week, and has since earned another $875,000 from Blonde record sales alone. Ocean’s earnings are far higher than if he had still been signed to Def Jam records. If that were the case, it is estimated that he will have earned only around $380,000. Ocean is one of a few modern artists who lead the way in independent record releases. He also earns an estimated $50-150,000 per live performance. As well as added to his earnings through his collaborations with other artists, including Machine Gun Kelly and James Blake. In total, Frank Ocean has earned estimated total career income of $17 million dollars.

Of that amount, around $1 million is expected to have been paid in personal business related costs. The remainder, $16 million, will have been taxed at a rate of around 49% as Ocean has been residing in the state of California. After tax, it is estimated that his career earnings are at around $8.16 million dollars, having paid $7.84 million dollars in taxes. Likely with the use of a mortgage, Frank paid $6.35 million for a 2,800 square foot, 5 beds, 4 baths property in Malibu, California, in 2019.

In his personal life, Frank has likely spent no more than $1 million dollars of his career earnings but also probably possesses assets valued at around $300,000, not including investment assets. In his investments, he may have earned investment returns of $450,000. Therefore, it is estimated that Frank Ocean has a net worth of a rounded up $8 million dollars.

Frank Ocean has broken boundaries both in his music and business and in his coming out as bisexual with his 2012 release, Channel Orange. Lyrics about male-male romantic relationships were not considered to be something that would sell well, but Ocean’s album sold 686,000 copies in the US alone and had the likes of Beyoncé and other prominent figures in the music industry showing their support. Ocean once again led the way releasing his sophomore album Blonde independently, earning over $1 million dollars more for having done so. His battles weren’t over however, and in the wake of the 2016 Orlando nightclub shooting, Ocean published an essay expressing his sadness and frustration. In it, he claimed that his father had been homophobic and transphobic when he was as young as six years old. In 2017, Ocean’s father sued him for defamation and requested a $14.5 million dollar payment. The judge ruled in Ocean’s favor stating that his father had not provided sufficient evidence of defamation. 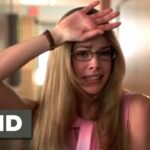 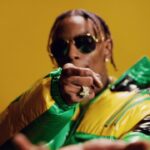