The inaugural Ultimate Fighter reality television show (TUF 1) helped to change the landscape of mixed martial arts forever. Sure it put the sport on cable television for the world to see, and yes there were some very interesting contestants. But in the end, TUF 1 brought a gazillion fans to the sport for one main reason.

The brutal striking war that occurred between Forrest Griffin and Stephan Bonnar in the TUF 1 championship. In the end, that fight will live on forever in MMA lore. And the winner of that magical bout by way of decision was… Forrest Griffin.

American retired mixed martial artist and former UFC Light Heavyweight Champion Forrest Griffin has a net worth of $8 million dollars, as of 2021. Griffin was inducted into the UFC Hall of Fame in 2013. He currently serves as the Vice President of Athlete Development at the UFC Performance Institute.

Griffin graduated from Evans High School in Georgia and went on to achieve a bachelor’s degree in political science at the University of Georgia. While attending school and working as a law enforcement officer, he came across Rory and Adam Singer in the person fitness center at the University of Georgia while they taught a martial arts class. He was hooked from the start.

Griffin started his amateur MMA career with six consecutive wins while training under the Singers. This led to his first pro MMA fight against Dan Severn, a match that he would lose via decision. From

there, Griffin would win nine of his next 10 matches, including wins over Jeff Monson and Chael Sonnen. That said, his early career is perhaps best characterized by victories over Wiehan Lesh and Edson Paredao. Why? Simply because he managed both while battling through serious injuries (a separated shoulder against Lesh and a broken left arm against Paredao).

He knocked Paredao out with his right hand, by the way.

Griffin had to be coaxed by UFC President Dana White to participate on TUF 1, as he was strong considering hanging up the gloves. That said, he did show up and with Chuck Liddell as his coach, Griffin ran through the single elimination tournament to the championship against Stephan Bonnar. In the end, Griffin defeated Bonnar in one of the greatest fights in UFC history.

With the win, Griffin secured a six figure UFC contract. Later, he would go on to defeat Quinton Jackson for the UFC Light Heavyweight Championship at UFC 86 after coaching opposite him on TUF 7.

Initially, Griffin was a brawler with solid, though perhaps unspectacular, takedowns and submissions. Since, he’s evolved into a better than average technical striker with diverse stand up skills and excellent takedown defense. What’s more, his submissions have come along quite nicely as well.

The constant? That’s easy. Griffin is as tough as they come. And when given the choice, he still tends to like to stand and trade.

Some of Forrest Griffin’s Biggest Victories:

This Forrest Griffin Net Worth profile originated at WealthyGenius.com 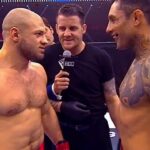 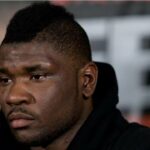