How much is Flesh-n-Bone worth?

Stanley Howse (Flesh-n-Bone) was born on June 10, 1973, in Cleveland, Ohio. He’s married to Isabel Howse. Flesh-n-Bones has been musically active since the early nineties and was associated with recording labels BTNH Worldwide, Def Jam, Flesh-n-Bone Global, Mo Thugs, and Koch so far.

As of 2021, Flesh-n-Bone’s current net worth is approximately $4 million; he’s had problems despite his riches and more recently had to undergo an anger-management course.

How did Flesh-n-Bone make it to the top?

Flesh-n-Bone released the debut album T.H.U.G.S in 1996 and it has since been certified Gold. When it was released it made position 23 in the US Hot 100 chart and all the way up to number 8 on the US R&B chart.

He followed these albums up with his year 2000 album, 5th Dog Let Loose, and in 2011 dropped Blaze of Glory.

Together with his group “Bone Thugs-n-Harmony”, they released the album E. 1999 Eternal in 1995. And two years later in 1997 they released another album called The Art of War. These albums reached notable success both being certified 4x Platinum. They also both topped the charts, both the US R&B charts and the Billboard 200.

However they did release a hit single “Tha Crossroads” which made it to number 1 on the Billboard Hot 100, US R&B and US Rap charts.

Flesh-n-Bone has been successful in rap, many seeing him as a visionary early on, yet he has also had a violent history too. During a dispute with a friend back in 1999, Flesh-n-Bone pulled out a loaded AK-47 and aimed it at him. He was sentenced to 12 years in Pleasant Valley State Prison on charges of assault with a deadly weapon and violating his probation. He was also required to enroll in an anger-management course. 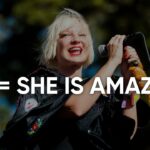 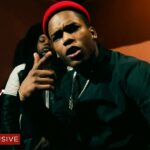