While we tend to think of them as a facet of the modern life in the United States, conspiracy theories have been a part of American culture since the earliest days of the Union. Whether they’re wild-eyed stories about reptilian aliens controlling the world, or worryingly possible tales of government malfeasance, these stories of sinister cabals and their plans to ruin everything aren’t just conversation fodder in the weirder corners of the net: They’ve become part of our popular culture. With that in mind, here’s five novels of conspiracies and conspirators you won’t want to miss.

Think that this list is complete? That’s only what they want you to believe. Share your favorite conspiracy-laden novels in the comments section below. (Psst — looking for a good read on the role of conspiracy theories in shaping the United States? I strongly recommend David Aaaronvitch’s Voodoo Histories.)

Undoubtedly, you — and probably your parents — have all heard of The Da Vinci Code, but if for some reason you’ve not read it, you really should. Brown’s novel is packed with everything you’d want in a conspiracy novel — murder, secret societies, ancient truths worth killing over — with little to no dead weight to slow things down. I’m one of those guys who have a knee-jerk reaction to trends, so I completely understand why you might have skipped this one, but sometimes there are good reasons why something is overwhelmingly popular. This is one of those cases.

A popular TV pundit gets abducted by aliens — twice — and drops everything to embark on a campaign to get the government to take extraterrestrials seriously. As his new mission takes more and more of his time, his career as a political talking head begins to suffer. His family and friends think he’s losing his mind, but they don’t know the truth. Does he?

In a not too unbelievable American future of fractured states and immersive virtual technology, a pizza delivery guy and sometimes hacker gets his hands on a virtual file that destroys minds — a kind of computer virus for the brain. How the file works and who would want to release it is a mystery whose origin lies shrouded in the ancient past.

The long-prophesied End Times are nigh, but Aziraphale and Crawley — a high-ranking angel and demon, respectively — would just as soon put the whole thing off. They’ve become fast friends over the aeons, and hey, humanity doesn’t seem so bad, after all. They agree to conspire together to prevent the child slated to become the antichrist from achieving his destiny, thus preventing the whole bloody mess. Unfortunately, there’s been a mix-up at the hospital, and the real antichrist isn’t who they think it is. Really zany conspiracy theories play a very imaginative role in this work, but I can’t think of a good reason to spoil all the fun for you.

5. So Yesterday by Scott Westerfeld

Hunter Braque is a cool-hunter: someone who makes a living identifying trendsetters and innovators for the retail market. When one of his clients goes missing, Hunter sets out to find her and discovers a secret group dedicated to the destruction of consumerism.

Foucault’s Pendulum is a really fun book burdened by a title that — in my opinion, at least — makes it sound like anything but that. The book is the story of three pranksters working in the publishing industry who, after reading too much conspiracy theories, decide to invent a fake one of their own. Things get really weird, really fast when one of the world’s most powerful secret societies take an interest in what the men had only meant to be a harmless prank. See? Fun story with a title like a college physics textbook.

3. The Crying of Lot 49 by Thomas Pynchon

After Oedipa Maas is unexpectedly named the executor of her late ex-boyfriend’s will, she is drawn into a bizarre underground network of … parcel carriers? Trust me, this is a weird one. Weird, but fun. Pynchon’s novels have a reputation for being tough reads. I’ll concede the point: They’re not walks in the park — at least they aren’t for me. That said, The Crying of Lot 49 is a pretty accessible work of short fiction, and is well worth your time.

2. The Illuminatus! Trilogy by Robert Shea and Robert Anton Wilson

Two detectives investigating the bombing of a radical left-wing news magazine are pulled into a global conflict between secret societies: chaos magicians, hard-right libertarians, Nazis, occultists, hippies, worshippers of forbidden gods, the “real” Kennedy assassins, aliens — and that’s not even the half of it. Hilarious and thought-provoking, this counterculture classic is one you shouldn’t miss. I’ve read tons of Robert Anton Wilson, and this is my favorite of his works. PS: Fnord.

A woman being held for murder in the psychiatric wing of a county jail tells the psychiatrist evaluating her that she’s no ordinary killer. In fact, she’s an agent for a secret organization dedicated to taking out irredeemable evildoers who have escaped justice through more ordinary means — people she calls “bad monkeys.” It’s a ridiculous story, of course. There’s no way it could be true … 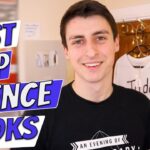 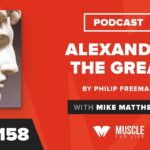