How much is Farruko worth?

Farruko is the professional name of Carlos Efren Reyes Rosado. He’s a Puerto Rican singer and songwriter who began his music career the late 2000s. He rose to prominence with many international hits that are collaborations with established names like Daddy Yankee, J Balvin, Bad Bunny, and Nicky Jam among many others. For the past decade, he has released eight studio albums, five complications albums, and one mixtape.

Puerto Rican singer and songwriter Farruko has a net worth of $3 million dollars, as of 2021. He became famous in 2010 with his debut studio album, ‘El Talento Del Bloque’.

How did Farruko earn his net worth?

Besides his own projects, many collaborations helped the Puerto Rican superstar become rich. Shortly after the release of his debut album, Farruko teamed up with Daddy Yankee and Yomo for the song “Pa Romper la Discoteca”. The non-album single became his first international hit that received more than 1 million streams in just a few weeks. By 2013, after the release of his second (“The Most Powerful Rookie”) and “Imperio Nazza: Farruko Edition”), the singer not only received a Latin Grammy nomination but also earned more than $100.000.

He toured throughout the United States and Latin America in 2013 and 2014, and released by far his most successful album – “Farruko Presents: Los Menores”. The album, which includes songs with Nicky Jam, J Balvin, Sean Paul and Wisil, became his first album to top two international charts – one in Colombia and one in the United States. It also topped charts in multiple Latin America countries where it was a huge hit. Thanks to that, Farruko’s popularity and wealth were boosted and he received over $250.000.

Farruko became famous after the release of his debut studio album. He was born on May 2, 1991, in Bayamon – the second largest city in Puerto Rico. In recent interviews, he has confirmed many times that he developed an interest in music since his teen years. At the age of 16, he created the name Farruko and decided to use it as his stage name. He then released his first song called “Sexo Fuera del Planeta”. To his surprise, his debut single helped him earn thousands of followers online.

In the late 2000s, Farruko joined social networking websites such as MySpace and YouTube where he posted some of his early works. His talent eventually impressed many labels that offered him recording deals. He signed with Universal Music Latino and, in 2010, when he was just 18 years old, he released his debut studio album titled “El Talento Del Bloque”. The album was a commercial success that entered several Puerto Rican charts and even debuted at number 50 on the US Latin chart.

What makes the Latin singer so successful are his different projects and social media presence. By keeping himself relevant he’s been able to make advantageous collaborations and maintain his growing audience. 2015 was the beginning of a new era for Farruko’s career. Since then, he collaborated with the likes of Nicky Jam, Shaggy, Ky-Money Marley, Bad Bunny, and Russian for singles that became international hits. He continued to release new music since then, with his most recent albums being “Gangalee” and “En Letra De Otro” both released in April and August 2019, respectively.

Perhaps one of the most important things that helped the reggaeton singer become so successful were his many tours. He first embarked on a tour in 2010 called “El Talento Del Bloque”, which he used to promote his debut studio album. Since then, he continued to tour not only Europe and Latin America but also Japan. Since 2012, he has headlined six more tours, and has made sporadic appearances on other artists’ tours such as J Balvin, Natti Natasha, Bad Bunny, CNCO, and many others.

Farruko first started singing in 2009 during his late teen years. Thanks to his original works, which he released in MySpace and YouTube, he landed a deal with the label Universal Music Latino. The release of his debut single and album boosted his popularity not just in Latin America but also in the United States. In 2012, he joined Daddy Yankee’s record label “El Cartel”, which elevated his career and helped him reach stardom.

Since then, he went onto sign a multi-million deal with Sony Music Latin and now his net worth exceeds $5 million. As of now, with millions of followers and number one singles and albums, Farruko is considered to be one of the most successful Puerto Rican superstars that found international fame in just a decade. 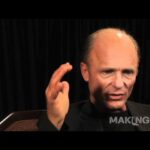 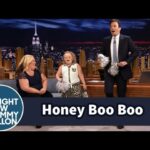