How much is Fantasia Barrino worth?

“Our family made two Gospel albums that were pretty successful and we were out on the road a lot, so I missed classes. When I realized I was having trouble reading, I was too embarrassed to ask for help. Some teachers believed in me, but I just wasn’t focused on school—I was into the music and trying to please my dad.” — Fantasia Barrino, regarding her illiteracy, in an interview with The Oprah Winfrey Magazine.

Who Is Fantasia Barrino

Fantasia was born to Diane and Joseph Barrino in North Carolina. At the age of 5, Fantasia, who at the time was the youngest of three children and the only daughter, began performing with her relatives as part of the Barrino Family, a Gospel group formed by her father. The Barrino Family traveled and performed in the Carolinas and elsewhere in the American South and recorded an album, Miracles, for a local label. Fantasia’s singing style was highly influenced by Gospel and R&B; singers like Shirley Caesar, the Clark Sisters, Aretha Franklin and Chaka Khan.

When not performing, Fantasia attended Andrews High School in High Point, but dropped out at the age of 14 after she was raped by a schoolmate and then harassed and embarrassed by other students. She later became pregnant at age 15 and in 2001, gave birth to a daughter, Zion. She says she later broke up with Zion’s father because he was physically abusive.

Fantasia Monique Barrino, known as Fantasia, is an American R&B singer, songwriter, actress and author who won the third season of American Idol in 2004. Fantasia Barrino has a net worth of $4 million dollars, as of 2021.

In 2003, at the age of 19, she borrowed $50 for gas money and then drove to Atlanta for audition for the third season of the “American Idol” competition reality show. After being chosen to compete on the show, she appeared on the program each week from January through May of 2004, and on the show’s finale on May 26, 2004, she defeated runner-up Diana DeGarmo by 1.3 million votes. At age 19, she was the youngest “American Idol” winner until May 23, 2007, when Jordin Sparks won the title at age 17.

After winning “American Idol,” Fantasia signed with J Records and began work on her debut album. In June 2004, released her debut single, “I Believe,” was released; it later debuted at No. 1 on the Billboard songs chart, making Fantasia the first artist in history to achieve this feat with a debut single. The song eventually spent 11 consecutive weeks at number one. Her debut album, Free Yourself, was released in November 2004, eventually going on to sell more than a million copies in the United States and another million copies worldwide. Her self-titled second album did only half as well upon it’s release in 2006, selling just over half a million copies in the U.S. She continues, however to remain a popular artist and once of the more successful alumni of the “American Idol” franchise.

She has two children; her daughter Zion was born Aug. 8, 2011 and her son Dallas was born Dec. 13, 2011. Zion’s father is name Brandel Shouse. Dallas’ is Antwaun Cook, whom Fantasia started dating while he was still married to another woman.
Her brother, singer-songwriter Ricco Barrino, is also a professional recording artist. He tried out for, but was not chosen for, the eighth season of “American Idol.”
In 2006, following the release of Fantasia’s autobiography, “Life Is Not a Fairy Tale,” her father sued her publisher for $10 million, claiming there were false accusations about him in the book.
In the 1970s, three of Fantasia’s uncles — Nathaniel, Perry, and Julius — were part of an R&B;/Soul band called the Barrino Brothers. 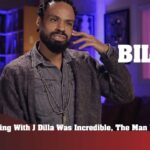 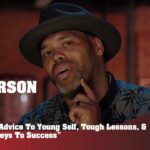