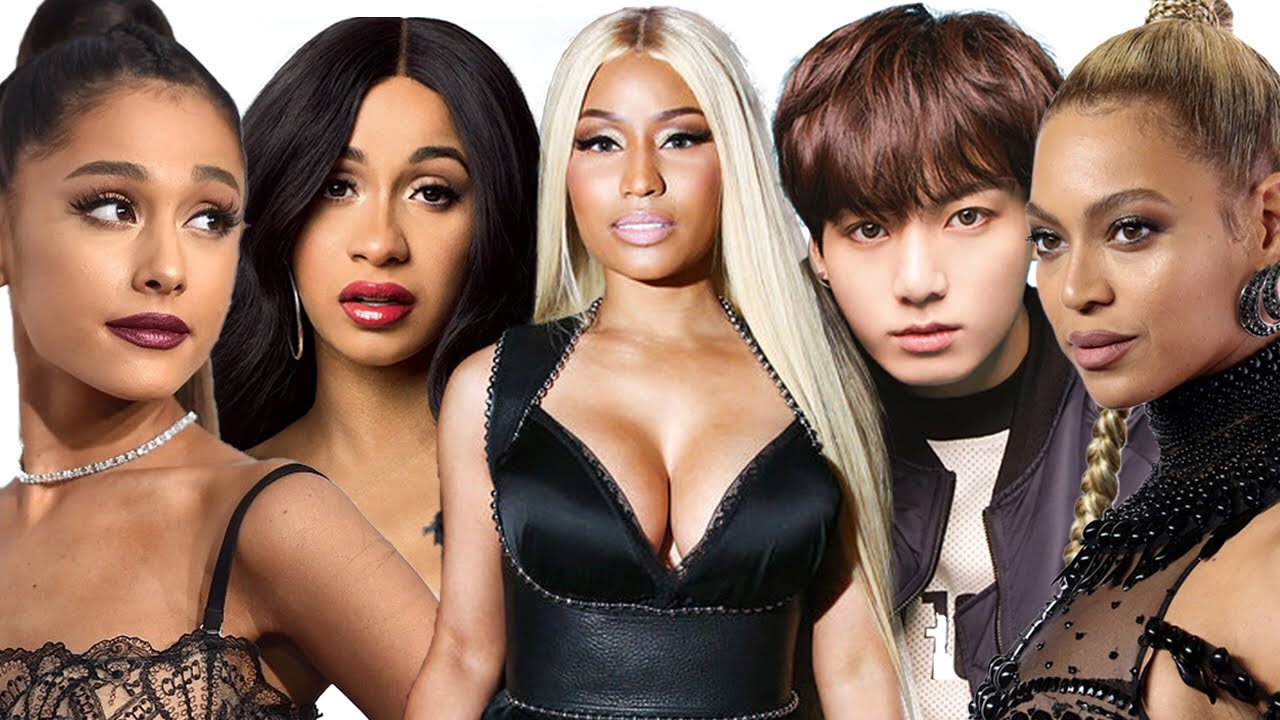 Being a fan is almost like having a second job or a very intense hobby. It’s full time with no holiday vacation or sick days. It’s hard to handle at times but at the end of the day, it’s so rewarding to know that your favorite person or thing in the whole world is around and your dedication is appreciated.

The best fandoms stick by their favorite celebrity through thick and thin. When Britney Spears had her meltdown, the Britney Army didn’t walk away. They stayed closer than ever. The same goes for Selena Gomez‘s “Selenators.” The best fandoms not only bring people major success, but they also have their backs when things get rough.

When haters hate, they can often go on the attack. It’s not because they are savage; it’s just because they love the celeb so freaking much. So here are some of the best fandoms that we advise you stay on the good side of:

Like many famous faces nowadays, Austin Mahone got his start by making fans squeal on YouTube in 2010. Soon after, his fame skyrocketed and those old-school fans joined forces with the new ones to become the “Mahomies.” These fans seem to love one another so much that they don’t have time for all the rest. Just look at this poem one penned for another. That’s a bond you do not want to mess with.

Saturday Night Live made us terrified of “The Beygency,” but we could laugh about it later. What we can’t laugh at is how fierce Beyoncé‘s fans are. Seriously, if they get any sign that you’re hating on their Queen Bey, they’ll frickin’ tear you down.

While the Twilight fandom has sort of simmered since its heyday in the late ’00s, there are still a number of fans that would do anything for that vampire-centric book-turned-film-series. The fandom that surrounded Twilight was so intense that Kristen Stewart was spotted many times flipping them off! Oops.

Some even went as far as to get the characters permanently tattooed on their bodies.

With the release of Lady Gaga‘s second album came the whole idea of her monsters. Since then, she’s defended them and they’ve had her back just the same. Whether it be her music, acting career, or personal life the Little Monsters are always right there to support and defend against haters. She’ll do the same for them!

Bet you never knew that Star Wars fans had an official name, did you? Yeah, us either. We thought they were just “Star Wars fans” and that was that. When it comes to fandoms – these people may take the Death Star shaped cake. Maybe because their thing has been around since the ’70s, or maybe because they are just that much more intense than any other fandom on this list. They don’t just learn songs like Mahomies and Little Monsters, they learn freaking galaxies.

Like Lady Gaga, Demi Lovato‘s fans have had to come to her defense many a time. With her past being riddled with serious troubles and a couple political misteps, she gained a lot of haters. Luckily for her, she’s got her Lovatics to help fight her battles.

Many Britney Spears fans could’ve walked away when she shaved her head and had that meltdown, or after that horrendous VMA performance but they didn’t. That’s because the Britney Army is faithful AF. Sometimes they maybe slightly too loyal, but that’s just how they are.

Take this guy for example. Anytime you come for Brit, he’ll drag you down, honey! DRAG YOU DOWN.

And the award for hardest fandom to be a part of goes to…the Swifties! Really though. It is hard to wear your love for Taylor Swift loud and proud. She releases something new and instantly here comes the haters. Every new magazine quote comes with somebody accusing her of something. But it’s up to the Swifties to make sure the good and evil in the Taylor-verse stay balanced.

I didn’t know the official name was “Buffistas” either, and I’m a little skeptical. Every television show has a following to some degree but Buffy the Vampire Slayer fans take it to a whole new level. The show has been off the air for almost 15 years now but for Buffistas, it’s like it never left the small screen. They still worship Sarah Michelle Gellar and the show’s creator Joss Whedon like they are Gods on Mount Olympus.

Y’all, I’m a HUGE Backstreet Boys fans and I didn’t realize we didn’t have an official name until now. Kind of weird, but even though we’re nameless – we’re strong as hell. We’ve managed to make our boy band the number one selling boy band of all time. Plus, unlike that other one that came out around the same time… our boys are still together and making music. Yeah, that rivalry between BSB and N’SYNC fans may really never die. (Fine by me…)

In the past few years, this band has went from “who dat?” to one of the biggest names in music. They transcend genre and, because of that, they have gained way more fans then they could have ever imagined. Their Skeleton Clique spreads from their hometown of Columbus, Ohio to the depths of Australia and they’ll come for you at the smallest whisper of hate.

Okay even if this fandom doesn’t seem like the most intimidating, his fans win a gold star for the fandom name alone. How cool is it to say you’re a “Cumberbitch?” Name aside, these fans work overtime to defend their man. This is especially true when, say, people compare his looks to that of Butthead from Beavis and Butthead. It’s just rude!

Every girl needs her friends to have her back, and Selena, she has a few million or so. Selenators love for SelGo is likely more intense than many other fandoms because most of them *literally* grew up with her. Maybe they were some of the few who noticed her skills on Barney but probably not. It’s more likely though they fell for her on Disney’s The Wizards of Waverly Place and never got back up. They only continued to follow her career and support her through every bump along the way. From her split with Justin Bieber to her most recent health scare, they were there for her through it all.

14. My Chemical Romance’s “MCRmy” and “Killjoys”

You were not part of the emo scene in the ’00s if you weren’t messing with My Chemical Romance. Even though they hung it up in 2013, fans of the band continue to hold onto hope that they’ll reunite one day.

What’s weird is that even though they aren’t making music anymore – they still continue to gain Killjoys into their MCRmy all the time. In their own words, “teenagers scare the living sh*t outta me!”

When you think about it, Harry Potter is kind of like the new-school Star Wars. I’m waiting for either side to find me and explain to me, at length, why that isn’t true but until then I’ll stand by it. Whether or not you agree with that, you can agree Harry Potter fans are truly something else. I mean, you practically have to learn a whole new language to read the books and understand the movies. Plus all the cash-money spent on wands and robes and stuff? That’s devotion.

After Backstreet Boys and N’SYNC, boy bands kind of took a step back. Then, in walked One Direction and BAM! It was like 1999 all over again. Screaming girls declaring their undying love for five cute guys… but this time with accents! *Swoon* Directioners got a sliver of time with One Direction as they went on hiatus pretty soon after becoming a household name… or at least it felt pretty soon? While apart, Directioners still show their boys major love on their solo projects while keeping their fingers and toes crossed for that reunion tour.

Everyone and thing on this list has met their match from critics, but perhaps none other more than the Biebs. He had a mark on his back ever since he came out with that now infamous haircut. Haters hated more than ever before, but Beliebers kept that boy afloat. You go for their boy and they’ll come right back at you.

Never underestimate the power of a young girl in love with a Tiger Beat centerfold. Through the mug shot, peeing in a bucket video, cringe-worthy disposition, lots of musical changes and more — Beliebers have stood by Justin like he couldn’t do a thing wrong even if he tried. And it seems like he did try… a lot.

Harmonizers were originally known as LYLAtics (when 5H was still known as LYLAS) — but starting from the girl group’s time on The X Factor, they garnered loyal fans. So loyal, in fact, that they won for the Best Fan Army award at the 2017 iHeartRadio Music Awards. Their fans could also be the reason why Normani Kordei made it to top three during last season of Dancing With the Stars. Whether they have four members or five, Harmonizers will stick with Fifth Harmony NMW. 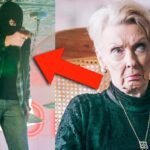 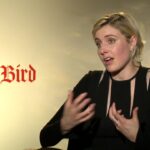