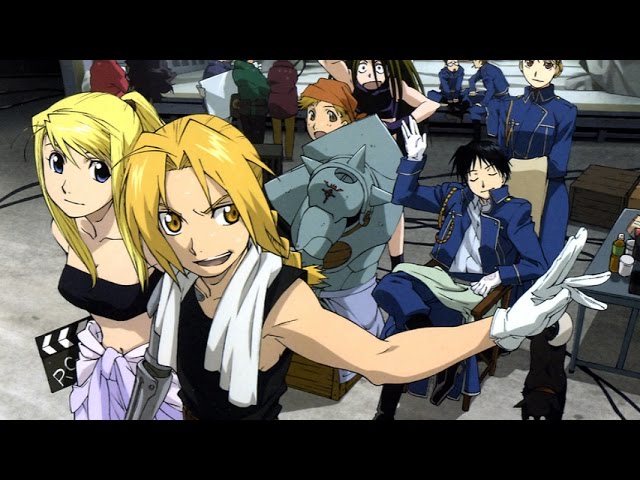 If you’ve ever watched anime and thought that a character’s voice sounded familiar, then it might be because you just heard the voice of a super well-known actor. We know, we know – it sounds far-fetched, but a lot of stars have worked on the English versions of animated Japanese titles. And it’s not just because the genre has been growing in popularity. According to actor John Krasinski, there’s more to these animated projects than meets the eye, so being a part of them can be just as rewarding starring in a live-action film.

It’s no wonder why so many stars got involved with anime! See which other famous stars have stepped behind the mic to voice anime characters:

The actress voiced a thirteen-year-old trainee witch named Kiki in the animated fantasy film. This was in 1998, way before she graced the big screen as Peter Parker’s love interest, M.J. Watson in Spider-Man. You might also remember Kirsten Dunst from Bring it On, The Virgin Suicides and Marie Antoinette.

Janeane Garofalo is best known for her role as Vickie in Reality Bites and for her work on Saturday Night Live, but she’s also the voice of an anime character! Though she appeared in countless films and shows, she also did a bit of voice acting for projects like Ratatouille, The Wild, and of course, Kiki’s Delivery Service. In Kiki’s, she voiced a young painter named Ursula.

Yep, it’s true. The Breaking Bad star Bryan Cranstonwas actually the voice of Isamu Alva Dyson in 1994 – but that’s not the only anime character he lent his voice to. He also voiced Eddie Borrows in Armitage III, Matti Tohn in Royal Space Force: The Wings of Honnêamise, and Ram in Ramayana: The Legend of Prince Rama. Who would’ve thought? Clearly Bryan Cranston is a secret anime superfan!

Everyone knows Christian Bale as Bruce Wayne/Batman from Christopher Nolan‘s Batman Begins (or perhaps as the crazy serial killer from American Psycho). But surprisingly, in 2004, he also voiced a character in the fantasy anime film, Howl’s Moving Castle (which is also a children’s book-adaptation). He voiced the wizard named Howl. It’s surprising that an actor who’s known for being so difficult on set would want to lend his voice to a kids’ project, but it’s also kind of sweet.

Christian wasn’t the only famous face who lent his vocal skills to this anime film. Josh Hutcherson (aka Peeta from The Hunger Games) was the voice of Howl’s young apprentice, Markl (Marukuru). He’s also done voice roles for projects like Epic, Party Wagon, and Justice League Unlimited.

17. Tom Holland Voiced Shō In The Secret World Of Arrietty

Six years before Tom Holland became the face behind the Spider-Man mask, and one of the youngest stars from the Marvel Cinematic Universe, he was the voice behind Shō on The Secret World of Arrietty. Another fun fact: This was actually how he got his start in acting. His very first role dates back to this voice acting project from 2011!

Samuel L. Jackson, who’s known for films like Jungle Fever, Pulp Fiction, and Jurassic Park, voiced the character Afro Samurai, a fighter trying to avenge his father’s death. But aside from this role, Samuel voiced a number of animated characters in shows like Boondocks, Black Dynamite, and The Proud Family. He’s got one of the most familiar voices in the industry!

This Academy Award nominee voiced the character Porco in Porco Rosso, a veteran World War I fighter and bounty hunter, in 2005. This was the only anime project that he ever worked on. However, Michael Keaton did have voice roles on popular films like Toy Story 3, Cars, and Minions – so he’s stayed behind the mic a fair bit.

In the animated fantasy film, Anne voiced a girl named Haru, who was a high schooler with the ability to talk to cats. Now if you ask us, this is even more proof that Anne Hathaway was the perfect choice for the role of Selina Kyle/Catwoman in The Dark Knight Rises. Are we right or are we right?

The late actor was best known for his role as the strict Uncle Phil in Fresh Prince of Bel-Air, but before he took on that role, he voiced the character of Boss Fang in Fist of the North Star. Other projects he’s been involved in include Rambo and the Forces of Freedom and Teenage Mutant Ninja Turtles. We’ll always think of him as Uncle Phil, though.

She’s known for her role in Cape Fear, but in the English production of Armitage: Dual Matrix, Juliette Lewis was the voice behind the main character, Naomi (a highly advanced, human-like android). She has also done voice roles in Metropia and Free For All.

We all recognize her as the rebellious Letty from The Fast and the Furious franchise, but little did we know that the actress also dabbled in voice acting. She voiced the character Liz in Immortal Grand Prix, a series about a mecha racing/battle circuit in the future. (You might also recognize Michelle Rodriguez from her stint on ABC’s Lost.)

Claire Danes is best known for her roles in My So-Called Life, Romeo + Juliet, and Les Misérables. But not many people know that she voiced an anime character. In Princess Mononoke, she played San, a woman who was raised by wolves and who hates humans. But to date, this is the only voice role she has ever done. Maybe she’ll do more anime work in the future? We hope so!

9. Anna Paquin Voiced Sheeta In Castle In The Sky

Anna Paquin, who’s best known for her role on True Blood, voiced a young girl named Sheeta in Castle in the Sky. Sheeta is one of the two main characters who journey to find a floating castle, all while trying to protect her magical amulet from falling into the wrong hands. The movie was released way back in 1986, eight years before Anna won her Academy Award for The Piano.

Timothy Dalton voiced the wise and famous wizard of Earthsea, Ged, who tried to figure out why the world’s Balance was weakening. Timothy’s most notable role was James Bond in the films The Living Daylights and Licence to Kill, but he has also taken on more voice roles in films like Toy Story 3 and Secret of the Wings. We wonder if he and Michael Keaton talked about their commonality of voicing anime characters while they were on set!

The fantasy film follows the story of five-year-old named Sōsuke and his friendship with a goldfish named Ponyo. In Disney’s English adaptation of the film, Tina played Lisa, Sōsuke’s mother. The actress, best known for being the brain behind Mean Girls and her roles on 30 Rock and Saturday Night Live, has done several other voice roles for shows like The Simpsons, Phineas and Ferb and SpongeBob SquarePants.

6. Uma Thurman Voiced Kushana In Nausicaä Of The Valley Of The Wind

5. Shia Labeouf Voiced Asbel In Nausicaä Of The Valley Of The Wind

Shia LaBeouf also worked on the same film with Uma Thurman. You might know him best for being Louis Stevens on Disney Channel or for his work in Transformers, but he played the pilot and brother of Princess Lastelle, Asbel, way before he was known for anything. The Transformers actor hasn’t done much voice acting since then. In fact, it’s been a while since he’s done any acting. Period.

Is there anything Dakota Fanning hasn’t done? In 2004, Elle Fanning’s big sis voiced the young Satsuki in My Neighbor Totoro, a story about a professor and his two daughters who move to a new home inhabited by friendly wood spirits. Dakota also had voice roles in films like Kim Possible: A Sitch in Time, Lilo & Stitch 2: Stitch Has a Glitch, and Charlotte’s Web, but this was the only anime flick she lent her voice to.

Joseph Gordon-Levitt voiced Jiro, a young, nearsighted boy who went from being an aspiring pilot to being a skilled aircraft designer. The film was based on the real life of Jiro Horikoshi, a talented engineer who designed the Mitsubishi A5M fighter aircraft and the Mitsubishi A6M Zero during World War II.

Emily Blunt also had a role in the animated biopic. She voiced Naoko, a character with tuberculosis who was also Jiro’s love-interest. The two characters would eventually become husband and wife, even despite Naoko’s illness.

Well here’s the kicker: Emily Blunt’s real-life husband, John Krasinski, played her fictional husband’s close friend and colleague, Honjo. The character was inspired by the real Kiro Honjo, who, like Jiro, was an aircraft designer during World War II. Also, fun fact: According to John, this was the first project that he and his wife worked on together. 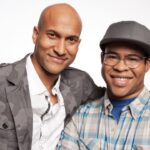 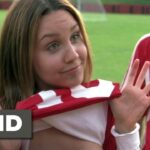