Large companies are slowly turning to crypto. As the Indian government is still dwelling on understanding the blockchain technology, big fishes like Facebook are entering into mass market to unleash crypto services through its messaging platform Whatsapp – according to industry insiders from Bloomberg’s report.

Yes, Facebook is developing Stablecoin — a type of cryptocurrency pegged to the value of a fiat currency — to minimize the effects of volatility and allow users to exchange currency through its encrypted chat service WhatsApp. The project’s first target has reportedly been to focus on remittance markets in India.

WhatsApp enjoys widespread popularity in India, with over 200 million users in the country. The number of users in rural India doubled last year as data and internet costs in the region declined. According to a World Bank report, India is a top recipient of remittances with its diaspora sending about $80 billion back home. WhatsApp has tremendous growth opportunity if they succeed in launching their payment services in India.

The project is still in the early stages and the coin is far from a full release. It has to finish finalizing the strategy behind it, including a plan for custody assets, or regular currencies that would be held to protect the value of the stablecoin.

David Marcus, the head of Facebook’s messaging app Messenger and a man behind the formation of a blockchain exploratory team at Facebook stated that:

“Like many other companies, Facebook is exploring ways to leverage the power of blockchain technology. This new small team is exploring many different applications. We don’t have anything further to share.”

Facebook, which has 2.5 billion global users, more than $40bn in annual revenue and greater experience navigating regulatory issues, may have a better chance of making a stablecoin that will capture the market. It would be the first large technology company to launch such a project. The company’s relationship with India has been fraught, mainly because some instances of fake news spread through WhatsApp have led to violence there. 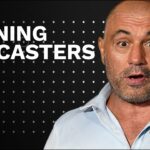