How much is Fabolous worth?

Fabolous is the stage name of John David Jackson. He was born on November 18, 1977. Jackson is a popular American rapper whose career began while he was a senior in high school around 1998. Throughout his career, he has released numerous hit singles such as “Breathe”, “Baby Don’t Go”, and “You Be Killin’m” among many others. After almost 10 years of working with the label Elektra Records, the rapper signed a recording deal with Atlantic Records.

As of 2021, he has released six different studio albums, two extended plays, and twelve mixtapes. Besides rapping, Fabolous has also appeared in a few movies and television shows as both himself and in the role of different characters. He is also known for his fashion choices and thanks to his work, he has been nominated and won many prestigious awards.

How did Fabolous get so rich?

Fabolous got rich shortly after he signed the deal with Elektra Records. In an interview with the Hot104.com website, from September 2001, the rapper stated that he never planned to work as a rapper and it just happened to him. It was during that time that he released his very first studio album titled “Ghetto Fabulous”. The album was released on September 11, 2001, and it debuted at the number 4 position on the Billboard 200 chart. The success of the album continued to grow with time and by February 2003, it was certified platinum by the RIAA.

Following the success of his first solo studio project, Fabolous released his second album – “Street Dreams” in March 2003. The album included a lot of collaborations with popular artists such as Snoop Dogg, Missy Elliot, Ashanti, Mary J. Blige, and Tamia, among many others. Immediately after its release, the album debuted at the number 3 position on the Billboard 200 chart and, six months later, it was certified platinum by the RIAA.

Fabolous’ third album “Real Talk” was released a year later, in November 2004. It wasn’t as successful as the rapper’s previous two albums but it included some of his most popular songs – “Breathe”, and “Baby”. In the same year, while he was continuing to gain popularity across the globe, Fabolous was also nominated for his very first Grammy Award. His collaboration with Christina Milian for the song “Dip It Low” was nominated in the category “Best Rap Collaboration”, however, they were unable to win.

Fabolous became famous because of his rapping skills and unique personality. The rapper was born and raised in Brooklyn, New York. He is of African-American and Dominican descent. Fabolous became interested in rapping during his teen years. His career began in 1998 when the young rapper was a senior in high school. At the beginning of his career, Fabolous used the stage name “Fabolous Sport”. The name was a reference to Ralph Lauren’s clothing line “Polo Sport”. However, the rapper later decided to shorten the name just to Fabolous. The misspelling of the word was intentional as the rapper previously used it in one of his freestyles and that’s how he decided to use it as his pseudonym.

In the late 90s, the aspiring rapper was invited to a rap live on DJ Clue’s radio show which aired on the Hot 97 New York radio station. It was DJ Clue who was impressed with Fabolous’ rapping abilities and eventually decided to sign him to his own record label called “Desert Storm Records”. Working with DJ Clue and being involved in some of his mixtapes caught the attention of Elektra Records and soon, the popular label offered a distribution deal to Fabolous.

One of the many reasons why Fabolous is so successful is because he worked with many famous artists and released a lot of studio projects with major labels. After releasing three albums, the Grammy-nominated artist was offered a recording contract with Def Jam Recordings, which he eventually signed. His very first album released by the label was called “From Nothin to Somethin”. Upon its release in June 2007, the album quickly topped many music charts and debuted at the second position of the Billboard 200. Just a month later, it was certified gold by the RIAA, becoming the artist’s first album to achieve this.

In July 2009, Fabolous released his fifth and by far his most successful album – “Loso’s Way”. The album is based on the movie “Carlito’s Way” from 1993 and it became Fabolous’ first and only album to debut at number one on the Billboard 200 chart. After the release of his fifth album, Fabolous continued to release new music and collaborate with other artists such as Keri Hilson, Jeremih, Trey Songz, Pusha T., Cassie, and Chris Brown. Besides releasing albums, the rapper has released a lot of extended plays and mixtapes. After more than five years, he released his latest album “The Young OG Project” in December 2014. Although it was met with generally positive reviews like his previous five albums, this one didn’t enter many music charts but debuted at number 12 on the Billboard 200.

In 2016, Fabolous announced that he’s working on his very first collaborative mixtape with his friend Jadakiss. The two released their mixtape “Friday on Elm Street” in November 2017. Besides collaborations between Fabolous and Jadakiss, the mixtape includes features from Future, Teyana Taylor, Swizz Beatz, French Montana, and Yo Gotti.

Simultaneously with rapping and releasing new music, Fabolous starred in different films and television series. One of his very first appearances was in the 2006 comedy “Scary Movie 4”. In the late 2000s, he also appeared in “The Apprentice”, “Wild N Out”, and “The Game”.

Fabolous is a rapper that really stands out with his rapping skills and fashion choices. Nominated in many charts for being a trendsetter, this rapper quickly gained a lot of popularity and made a name for himself. His successful hit singles and albums have topped different international charts and he’s certainly not stopping any time soon. 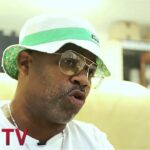 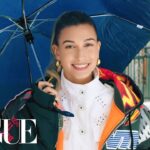