How much is Erika Jayne worth?

Erika Jayne, born Erika Girardi, is a television personality, actress, and singer who has gained notoriety in her later years for her starring role in the reality TV series The Real Housewives of Beverly Hills. The actress has also gained a wider audience thanks to featuring in Dancing With The Stars, having a recurring role on The Young and the Restless, and starring alongside Ben Stiller and Vince Vaughan in the sci-fi comedy The Watch.

Her singing career has seen major success on dance charts across the globe, and that includes nine hits that peaked at the top of the US Dance Club chart between 2007 and 2014. Jayne has seen numerous accolades including being rated the 42nd greatest dance club artist of all time by Billboard.

It was in her formative teenage years when Jayne developed an acting career and started scoring small roles in the 1990s on shows such as Law & Order and High Incident. But despite carving out performances that would potentially open doors to even greater roles, Jayne would go on a hiatus from performing for over a decade.

American singer, television personality, and actress Erika Jayne has an estimated net worth of $2 million dollars, as of 2023. Jayne joined the cast of The Real Housewives of Beverly Hills for the show’s sixth season, in 2015.

Jayne’s dream had always been to make music, and in the 2000s she returned to the limelight to record and release the dance hit “Roller Coaster”. The song was so successful that she followed the up the track with “Stars” and critics adored her, often being labelled a mix of Gwen Stefani and Madonna at her most dancehall. Jayne followed the singles with her debut album, Pretty Mess, and toured festivals and clubs across North America in support of it.

Her music career continued to be fruitful in to the 2010s releasing the club bangers, “One Hot Pleasure” and “Party People”, which again topped the US Dance Club chart. Thanks to her performance on the charts, she scored a billboard on Times Square and featured on the cover of Billboard magazine. In 2013 she worked with one of the biggest musicians of the time, Flo Rida, for the track, “Get It Tonight”.

In the mid 2010s, Jayne received the widest exposure she had ever gotten when she joined the cast of The Real Housewives of Beverly Hills in its sixth season. The reality star did wonders for the show and the show did wonders for her, as she quickly became a fan favorite and made viewers tune in, and audiences of the show discovered her music due to her big personality. This opened up more doors in the reality world as Jayne followed up The Real Housewives of Beverly Hills by starring in the Animal Planet show, Tanked, and she even amusingly starred in the B-movie, Sharknado: The 4th Awakens.

The most recent major tent pole in her career as of late is being a contestant on the 24th season of Dancing With The Stars, a dancing competition series. The musician performed better than expected, being the fourth celebrity to be eliminated and coming in 9th place.

However, it wasn’t without injury as she damaged her shoulder so bad that she had to undergo surgery for an upper body tear.

Besides being married to the insanely successful and wealthy attorney Tom Girardi, who inspired the Steven Soderbergh movie Erin Brokovich by leading the case against the mega-corporations Lockheed Corp, Los Angeles Metropolitan Transportation Authority, and Pacific Gas & Electric, Jayne has become a successful business women in her own right. The business woman’s ventures include penning her own book, Pretty Mess, named after her debut record, and it was so successful that it became a New York Times Best Seller.

And being a make up fanatic, Jayne has also partnered with BeautyBlender, a make up brand, and together they worked on The BeautyBlender Swirl, which was exclusively sold in Sephora and flew off the shelves.

For her work on TV, Jayne has several huge paychecks. It is reported that Jayne makes $500,000 per season on The Real Housewives of Beverly Hills. As the show runs for roughly 20 episodes per season, that would make the housewife’s salary an estimated $25,000 per episode. Though her salary for her work on Dancing With The Stars is undisclosed, it is estimated that the celebs’ pay for the show is around $125,000, and if they make it past the second week of the show, which Jayne did, they are offered even more money.

As fashion has always been a huge part of her image, dressing in designer dresses by Gucci, Versace, Alexander McQueen, Tom Ford, Vera Wang, and more has significantly helped Jayne’s record sales. She has continually been placed on best-dressed lists throughout the years and it has helped her appear on the front pages of magazines such as Paper, Billboard, and Life & Style, among others.

The entertainer has claimed that the name Erika Jayne is an alter ego, a showgirl, and an exaggerated version of herself, and it works as people have positively noted that she resembles Marilyn Monroe. Despite being criticized on Dancing With The Stars for being too raunchy, others claimed that she was encouraging young women to be proud of themselves.

Becoming a television personality has also helped her music chart performances and even increased her sales in the make up industry. Since joining The Real Housewives of Beverly Hills, even her Instagram followers have significantly grown. The number of her Instagram follows now sits at over two million, over hundreds of thousands more than what it was before her tenure on the show began. Because of this, Jayne has even been given the opportunity to endorse brands such as Ketel, One Liquor, Svedka Vodka, and more.

For somebody who claims to spend $40,000 per month on shoes and make up, Jayne has to be financially motivated. With a solid music career under her belt and becoming a TV personality, which has fueled the second wave of her career, Erika Jayne has become a household name in many different industries – make up, music, broadway – without riding on the coattails of her husband.

Because of her pursuits, Jayne has an estimated net worth of $2 million dollars, but combined with her husband’s wealth, that number jumps to an estimated $40 million. 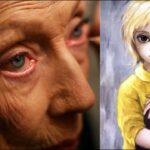 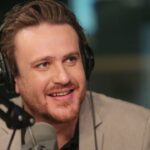