How much is Eric Thomas worth?

Who Is Eric Thomas

Eric D. Thomas more commonly referred to by his followers as Eric Thomas is a 49-year old influential speaker, critically acclaimed author, and also a minister. He is famous for his motivational speaking ability about his life story along with his amazing authorial work. Being born in Chicago, Illinois, and spending most time of his life in Detroit, he had a very hard early life.

At the time of his birth, his mother was a single teenager who struggled to raise him. His early education was very problematic since he left high school and had to spend two years of his life in the streets and alleyways of Detroit as a homeless person. From here is where his journey to success started, he became influenced and inspired by a preacher who wanted Eric to return to school and continue his studies. During this time, he got a job at Olive Garden where he worked tirelessly. He took an interest in preaching as well, and at the Seventh-Day Adventist Church is where he met his wife De-De Mosley. From here they both went to Huntsville where they attended Oakwood University which was owned and operated by Seventh-day Adventist Church together and then got married.

American motivational speaker Eric Thomas has a net worth of about $5 million dollars, as of 2021.

How Did Eric Thomas Get So Rich?

The fame and success that Eric Thomas had, helped him in creating a fortune of around $5 million as his net worth right now. He was doing well in terms of money when he was giving sermons and working at MSU in 2003. However, the big change and his rise to riches started when he established his own consulting firm.

At this point, he finally had the payoff of his life long struggle, featuring in music, as well as working with sports organizations because of his athletic development programs. He worked on the mental motivation and growth of the athletes and made a great fortune because of his motivational work.

Along with this, he also wrote many critically acclaimed books which were also a big reason for his rise to richness. His books were mainly on the topic of motivation and following your dreams and sold a large number of copies all around the world because of his motivational life journey and his rise to the top of the table of fame and riches. All of his books offer incredible insight into his life and the way to success.

His sheer will power and his miraculous meeting with the preacher in the state of poorliness led him to achieve this amount of fame and richness. It is what drove him to become who he is now.

The start of his journey to fame began with his undergraduate degree completion in 2001. In this time, Thomas continued to preach and he also created an influential program to help poor and underprivileged youth. This is where he started his motivational speaking journey. After getting known as a motivational speaker and a preacher, he got a job at Michigan University in 2003. Here he also attended the MSU seeking Ph.D. in Educational Leadership.

While at MSU, he started an undergraduate rehabilitation program named Advantage. This was meant for students who were in need of mental help and were demotivated like he used to be in his childhood. He also worked as a senior minister at APOC Ministries in Lansing, Michigan. Thomas received a master’s degree and a Ph.D. in Educational Leadership from MSU in 2015. Thomas is extremely famous for his motivational lectures on Youtube as well as all around the US because of his unique variation of being both a pastor and a motivator.

After getting famous as an active preacher, influencer, and speaker, Eric Thomas created an organization to offer education consulting, motivational lectures, coaching classes, and athletic development to high-risk students. Thomas has repeatedly given speeches at conventions of his organization to help and motivate professional athletes. He has also made an appearance on Fox News to talk about his journey, as well as the Steve Harvey Show along with having his own Youtube channel by the name etthehiphoppreacher.

Deep House Producers Disclosure’s 2013 debut album Settle features a bunch of his words and sayings from his sermons on the song Intro. They can also be heard in Foster’s song Hard Times which was released in 2016. Along with that, his sermons can also be heard on the starting song named Wins and Losses of the legendary rapper Meek Mill’s 2017 music album. Another reason for his continuous fame was that he also reunited with Disclosure to give his say on the song Energy, which was released as the main song from their third album Energy in 2020. All of these

In the case of Eric Thomas, the constant struggle, the fact that he was at the lowest of the lows, spending his nights in the streets, that is what motivated him to rise to the top. And his continuous grinding, and his amazing skills are what made him so successful in his field. His motivational journey is often talked about in his lectures and the fact that he is able to describe everything so fluently and so personally is what makes people understand and relate to his struggle. It is what makes him so successful in the field of motivational speaking.

In the end, I would like to say that Eric Thomas didn’t get fame and success or a fortune out of nowhere. He struggled, he worked hard, tried his best, and only then was he able to reach the top of the motivational speaking industry. If you ever feel like you want to become successful and rich, understand that you’re not going to be handed everything. This world isn’t a fairytale story until you make it one yourself. To achieve what Eric Thomas has, you need to work hard and do your best, so you can rise to the success that you’ve always yearned for. 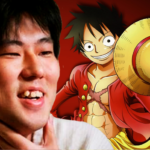 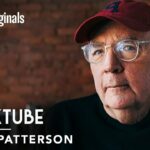