How much is Elvis Costello worth?

Who Is Elvis Costello

Born in London to a musically inclined father of Irish descent, Declan McManus didn’t take long to tackle music himself, forming his first band in 1971 after moving to Liverpool. By the mid-’70s the young artist had become quite involved in England’s burgeoning pub rock scene, writing songs and performing under the name D.P. Costello as he could while supporting himself working various office jobs. In 1977 the strength of a demo tape helped get the singer signed to indie label Stiff Records, at which time he took his better-known stage name, Elvis Costello, drawing from an obvious rock and roll source.

English singer-songwriter Elvis Costello has a net worth of $75 million dollars, as of 2021. Nominated for the Brit Award for Best British Male Artist, Grammy Awards in 1999 and 2020, Costello is considered one of the greatest singer/songwriters of all time.

Costello’s classic 1977 debut, My Aim Is True, was recorded with the American band Clover, which would later become Huey Lewis & the News. However, it would take only a few months for Costello to settle on his permanent backing band, the Attractions. Through the remainder of the ’70s the singer-songwriter would remain a critical darling, releasing two more albums that loosely fit into the punk/new wave vein of the time. During this time, Costello began to experience increased success in America, particularly through the musical if not lyrical accessibility of “Oliver’s Army,” one of his finest singles.

As the ’80s Begin, So Do the Reinventions of Elvis Costello

Although the music industry tried its damnedest to pigeonhole Costello first as an angry punk rocker and then a new wave artist, the singer himself simply chose to make the music he wanted, for his own reasons and on his own terms. 1980’s Get Happy!! was a celebration of soul music, and Costello deepened his eclecticism immediately on subsequent releases, puzzling the new wave-inclined tremendously with 1981’s classic country cover collection, Almost Blue. Not until 1983 would Costello release another slightly more “typical” record in Punch the Clock, an album that yielded the modest hit “Every Day I Write the Book.”

With the release of the aptly titled Goodbye Cruel World, Costello seemed to be on a steep decline musically, even going so far as to announce a retirement at this time. But the brief break from the Attractions didn’t last long, as Costello returned in 1986 with two albums, one folky effort in King of America and a straightforward rock album called Blood & Chocolate. All of this simply proved Costello’s persistence as a vibrant, evolving artist who may never have defined nor been defined by the ’80s but nonetheless was a major musical force during that decade.

Elvis Costello Into the ’90s and Well Beyond

Costello would release only one more album before the decade came to a close, and it just so happened to feature his biggest American hit, 1989’s melodic “Veronica,” a song cowritten with ex-Beatle Paul McCartney. In the nearly two decades since, Costello has managed to both deepen his legend as well as maintain a rare, high level of consistency as an artist capable of releasing relevant new material over the course of a long, rich career. Of course, he’s also found time to collaborate with musical artists as disparate as Burt Bacharach and Allen Toussaint, maverick moves which no longer surprise us.

Best Songs of the 80s

It might not be totally accurate to label Elvis Costello an ’80s artist, but only because he has been a distinctive presence in all four decades of a brilliant career. Still, the singer spread his most prolific period across nine years that stretched into the mid-’80s, releasing 11 albums of acclaimed music. Also, Costello reinvented himself and perfected multiple styles throughout the ’80s, becoming a reliable, consistent artist capable of building imaginatively on his punk rock and new wave roots. Here’s a chronological look at his best songs from the decade, a list as difficult to narrow down as any you may find.

Costello is one of those rare artists whose covers tend to sound as organic and deeply his own as any of his bountiful originals. Such is the case with this spirited take on the Sam & Dave R&B nugget, one of the standout tracks on Costello’s 1980 joyous soul music exploration, Get Happy!! In fact, I must admit that the knowledge that this is indeed not a Costello original has only been mine for an embarrassingly short time, mainly because I never had reason to suspect otherwise. The groove laid down by the Attractions’ organ and rhythm section meshes perfectly with Costello’s impassioned, convincing vocals.

That Elvis Costello has long been one of rock’s finest singers is probably not a fact lost on many music fans, but it’s still worth discussing at every opportunity. Buoyed by yet more evidence of this, the blue-eyed soul of this tune bursts exuberantly from the indelible piano opening and gallops along at an exhilarating pace, punctuated with typical aplomb by Costello’s wordy but never unwelcome lyrics. This is soaring music that defies genre while simultaneously embracing the many styles Costello so clearly admires.

Album Cover Image Courtesy of Hip-O RecordsAlthough the name Elvis Costello often draws references as a solo artist, for much of the singer’s career his backing band, the Attractions, has played an undeniably significant part in communicating his songs to listeners. More great keyboards here form a mesmerizing tone both typical of Costello’s broad style and fresh every time around. This track from 1981’s Trust casts an odd spell of slight menace and plenty of mystery, the closest perhaps that Costello ever came to a full-fledged modus operandi.

Album Cover Image Courtesy of Hip-O RecordsPerhaps there has never been any question that Costello is a pop craftsman of the highest order. Nonetheless, a song like “Beyond Belief” proves beyond the slightest doubt that as a songwriter, Costello has a knack for transforming the listener to putty in his hands. Luckily, he rarely disappoints, and in this song from 1982’s reliably impressive Imperial Bedroom, he and the band truly squeeze all the marrow out of instrumental textures and rising tension. As usual, the lyrics can be frustratingly obscure, but the central lines of the chorus nonetheless ring with force, vigor and confidence.

In art, poetry and even music, sometimes it’s more than enough to be emotionally resonant even if literal meaning is baffling and evasive. For Costello, it’s a particularly good thing that many people find this to be the case, as this intricately layered tune demonstrates so clearly the singer’s ethereal appeal in the defiance of bedrock interpretations or explication. The raucous screams and guitar punch at the song’s opening and closing likewise represent Costello’s iconoclastic leanings, but the pure beauty of this tune’s structure and the singer’s vocal delivery are what continue to endure.

Album Cover Image Courtesy of Hip-O RecordsIf there’s just one Elvis Costello song most listeners remember from the ’80s, it’s probably this one. But don’t hold that against the tune, a typically cerebral, conceptual entry in the songwriter’s deep catalogue. With lines that warn against finding “strange hands in your sweater,” the subject matter is appropriately dark and bitter, while the music wraps around the words with its beautiful intricacies. And while the song never cracked the charts in America, its status as an ’80s classic proves what needs no confirmation, that an artist of Costello’s stature has little need for the capricious nature of hit songs.

Album Cover Image Courtesy of Hip-O RecordsIn all its folky, acoustic greatness, this song from 1986’s King of America album offers yet more literate observations from one of rock music’s most playful songwriters. Costello’s singular vocal style and his lived-in mastery of melody take over once again here, delivering yet another languorous, completely pleasurable pop nugget. Besides, whom else could we depend upon for a delightful line like “She said she was working for the ABC News, it was as much of the alphabet as she knew how to use”? As usual, that’s just the tip of the iceberg when it comes to Costello’s joyful use of language.

It’s possible to accuse Costello’s songs of being a bit too busy at times, as they certainly hit the listener so often from so many directions with romantic melancholy, sophisticated metaphor, lyrical density, and emotionally rapturous melody. But when these aspects result so completely in a richly rewarding listening experience, just what exactly is there to complain about? In fact, when listening to Costello’s best tunes, it’s easy to feel as though you’re listening to a finale almost every song, as a result of the songwriter’s unbelievably refined sense of craftsmanship. 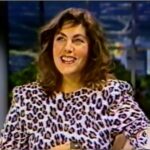 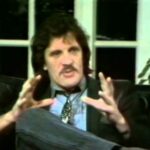