How much is Elon Musk worth?

Who Is Elon Musk

Elon Musk was born in Pretoria, South Africa, on June 28, 1971 His Canadian mother, Maye Haldeman, knew about his special gifts at an early age: by the time Elon was 12, he had taught himself how to code computer software programs and had sold his first video game.

At 17, he moved to Canada to attend Queen’s University in Ontario and to avoid the draft in South Africa. He has said in numerous interviews that he avoided military service because he did not want to be forced to defend apartheid.

Another reason for the move was to one day become a U.S. citizen. Musk has said he believed it would be easier to accomplish that as a Canadian, rather than a South African.

Elon Reeve Musk FRS is a business magnate, industrial designer, engineer, and philanthropist. Elon Musk has a net worth of about $100 billion dollars, as of 2021.

The Move to the United States and Entrepreneurial Success

In 1992, Musk left Canada and enrolled at the University of Pennsylvania to study business and physics. He graduated with a degree in economics and earned a second degree in physics.

After leaving Penn, Musk settled in Silicon Valley, Calif., and pursued a doctoral degree in physics from Stanford University. After two days in the program, he dropped out to start his first company, Zip2 Corporation.

Zip2 provided content for newspaper websites in New York and Chicago. In 1999, a division of Compaq Computer bought the company for $307 million in cash and $34 million in stock options.

The same year, Musk co-founded X.com, an online financial services company that was the forerunner of his next invention, PayPal. In 2002, eBay bought PayPal for $1.5 billion and Musk’s personal fortune grew.

In 2002, Musk started his third company, SpaceX, or Space Exploration Technologies Corporation. Six years later, SpaceX won a contract from NASA to transport cargo to the International Space Station and eventually astronauts, too. In May 2012, SpaceX launched a rocket into space that carried 1,000 pounds of supplies to the Space Station, a historic first for a private company.

Musk tackled a venture about as ambitious in 2003 when he co-founded Tesla Motors, an auto company that hopes to produce the first affordable mass-market electric car. Musk serves a chief executive officer and head of product design for the company.

After 10 years, Tesla posted profits for the first time during the first quarter of 2013. Tesla Motors has gained global attention by producing the Tesla Roadster, the first totally electric sports car, and then the Model S, a fully electric luxury sedan.

Consumer Reports went so far as to call the Model S “the best car” it had ever tested. The car’s base price is $62,400.

A Innovator Who Is “Nauseatingly Pro-American”

Musk is the chairman of the Musk Foundation, which has philanthropic projects that include pediatric health, science education and clean energy.

He has been a supporter of comprehensive immigration reform and worked with Facebook CEO Mark Zuckerberg’s FWD.us lobbying group to advance the cause. But he quit FWD.us in May 2013 in a dustup with the group over its support for politicians who have supported oil drilling in Alaska. Musk is a champion for green energy.

Musk says he thought about becoming an American from his early childhood. He said he has always felt like an American. As a teenager, he planned his move to Canada for the purpose of getting closer to the United States and eventually living here.

Attaining U.S. citizenship was one of his earliest goals, and of course, Musk is someone who doesn’t stop until he achieves his goals.

“America is where great things are possible,” he has often said. “I am nauseatingly pro-American.” 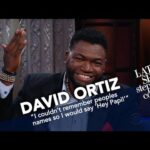 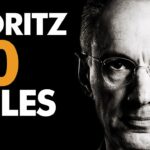