How much is Ellen Degeneres worth?

There is a very small circle of “mononamous” celebrities out there. Madonna, Sting, Bono and more recently Britney and Beyoncé. Ellen is another addition to that pantheon, and, as that group’s unlikeliest member, she may also be its most likeable. From vacuum-cleaner saleswoman to social rights trailblazer, Ellen DeGeneres has become one of the most impactful icons in American culture, making history quietly and with a wry smile.

Though she rose to prominence as a stand-up comic in the 1980s — where her neurotic, fast-talking onstage persona was reminiscent of Jerry Seinfeld or Woody Allen — it’s her many other careers that DeGeneres may be best known for. After coming out as a lesbian in 1997, DeGeneres also became one of the most successful openly gay comedians in America.

As a comedian and television host Ellen has worked with and interviewed the most notable and influential celebrities, and she herself is one of the most famous TV personalities in the world. Though she has suffered hardships in her career, she has risen to levels of fame and fortune that many other media personalities can only dream of. This is how Ellen DeGeneres has become the globally known television and comedy sensation we all know her as today.

Ellen has been tremendously successful in her career, and as of 2021, her net worth is at least $500 million dollars.

Why is Ellen Degeneres such a Hit?

Believe it or not, Ellen DeGeneres was not the funny one in the family growing up. Ellen’s older brother is Vance DeGeneres, an actor and comedian, and he was considered the “funny one” in their family. Ellen didn’t realize comedy was something she was interested in until she found that she could use humor to deal with fear when she got frightened at a public speaking event. She was a hit! After she used humor to get through the experience, she received requests to do stand up comedy. Thanks to this, she started performing her comedy act in 1981.

Ellen began performing her act at a coffee house near her home when she was 23 years old. She was discovered by a booking agent for The Tonight Show starring Johnny Carson, and made her debut on the show. She was immediately distinctive from other female comedians in that she was the only female act who had ever been invited to sit on Johnny Carson’s infamous couch on the first visit.

After her debut, Ellen became a regular on the talk show circuit. She appeared on shows such as The Oprah Winfrey Show, Larry King Live, and The Late Show with David Letterman. She won over hosts and audiences alike with her witty humor and charming personality, and found success with her own prime-time sitcom. The TV series was originally called These Friends of Mine, but was later creatively renamed Ellen.

Ellen reached fame and renown on Ellen, but her career was shaken up when she came out as homosexual on the show.

In 1997, Ellen publicly came out of the closet as a gay woman, both in real life on the Oprah Winfrey Show and through her character on Ellen (again to Winfrey, playing her therapist). Doing so, she became the first openly gay star of mainstream American television.

‘The Puppy Episode,’ as it was called, was watched by an unprecedented 46 million people and won Ellen both a Peabody Award and an Emmy for Outstanding Writing. As a result, however, the show withered in the face of anti-gay hysterics. As the show continued, other episodes also had homosexual themes. Several of the show’s sponsors withdrew their advertisements, and some affiliates for the show’s network even refused to air the episode.

Despite the round of applause and commendation Ellen received from LGBT activists, she and the network were also pelted by criticism. ABC slapped a parental advisory warning before every episode of the fifth season and Ellen never saw a sixth. Even though much of her audience was supportive and the coming out episode of the show won an Emmy Award, Ellen’s show was canceled in 1998.

Soon after coming out, DeGeneres had a couple of much-publicized relationships, one with Anne Heche (1997-2000) and another with Alexandra Hedison (2001-2004) before meeting actress Portia de Rossi, who DeGeneres married in California in 2008. The pair settled in Beverly Hills with their three cats and two dogs.

Ellen didn’t resurface into television fame until 2003, when The Ellen DeGeneres Show aired. The show was and continues to be a massive hit, and it has won eleven Daytime Emmys, which is a record for a daytime talk show.

How did Ellen Degeneres get so rich?

Through her career in comedy and television Ellen has achieved an impressive net worth of $500 million dollars. Thanks to her explosive career in television and comedy, she is one of the highest paid entertainers in the world. With celebrity interviews, games, audience participation, and monologues, The Ellen DeGeneres Show, Ellen’s daytime talk show, attracts millions of viewers every day. Despite the view many hold that cable television is a thing of the past, she continues to prove that if people have something entertaining to tune in to, they will tune in for it.

In addition to her television show, Ellen has also pursued a career in acting. In her most notable role, you can’t even see her face! She provides the voice of the lovable fish Dory in both Finding Nemo and its sequel Finding Dory. She won several awards for her voice performance, and it is her most recognizable role. Unfortunately, Ellen hasn’t performed in any other major films, though she has worked in film production.

Thanks almost entirely to her award winning daytime talk show, Ellen has been able to become one of the highest paid entertainers in the world. Her show, which attracts millions of viewers every day, has allowed her to become incredibly wealthy. And, as no plans have been announced for the show to end or for Ellen to retire, it is likely she will continue to add onto her tremendous net worth and large fortune.

What makes Degeneres so successful?

Ellen DeGeneres’s success comes from her determination to push through difficulties and her charming and charismatic personality, which has amused and won over audiences across the world since her television debut. She has proved to be incredibly determined, resurfacing in the television industry after she was cruelly shoved out by those who criticized her openly stating her homosexuality on her show. Thanks to her witty humor, audiences can’t get enough of her, and she has even filmed her own stand-up comedy special on Netflix. To this day, she is one of the most successful TV personalities in the world.

Ellen DeGeneres, who started out as a kid who used humor to cope with fear, is now one of the best known comedians in the world. She climbed her way up the ladder of television, and got back up after she was knocked down. Thanks to her witty humor and charismatic personality, she attracts millions of daily viewers on her daytime talk show, which continues to win awards. It is likely that Ellen will continue to amuse audiences around the world, and continue to build upon her immense fame and fortune.

Though she has been well known throughout much of her career, it wasn’t until Ellen resurfaced in 2003 that she became an international star. She continues to win over audiences with her charm and wit, and will likely continue entertaining them for many years. Despite the difficulties she has faced, Ellen DeGeneres has still managed to become one of the best known and most influential celebrities in the world. 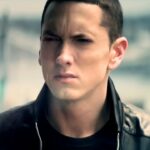