How much was Elizabeth Taylor worth?

This screen legend was as famous for her roles in Cleopatra and Cat on a Hot Tin Roof as for her many storied marriages and affairs.

Who Is Elizabeth Taylor

A bona fide star to the highest regard, once considered the most beautiful woman in the world, Elizabeth Taylor’s Oscar-winning film career spanned over six decades and grew to include a fashion empire and numerous charitable endeavors. The world truly lost a legend when she passed away on March 23, 2011.

At the time of her death in 2011, Elizabeth Taylor had a net worth in excess of $600 million dollars.

A Star Is Born

Taylor made her on-screen debut at the age of nine in the film There’s One Born Every Minute, but first came to national attention in the film Lassie Come Home opposite lifelong friend Roddy McDowall. Her star-making role, however, came a few years later, when a then-12-year-old Taylor took on the titular role of Velvet Brown in 1944’s National Velvet—a film that in 2003 was selected for entry to the prestigious National Film Registry by the Library of Congress for being “culturally, historically, or aesthetically significant.”

After a string of successful films as a teenager, Taylor transitioned to adult roles with turns in hits like Father of the Bride (1950) and George Stevens’ A Place in the Sun (1951), co-starring Montgomery  Clift. Her well-reviewed turn in Place established Taylor as an actress to be reckoned with, and would propel her into more dramatic fair like the 1956 epic Giant, opposite James Dean and Rock Hudson, and Raintree County, the 1957 film that earned her the first of five Best Actress Oscar nominations.

Following County, Taylor starred in a pair of classic Tennessee Williams adaptations, 1958’s steamy Cat on a Hot Tin Roof, with Paul Newman, and Suddenly, Last Summer (1959), both of which earned her Academy Award nominations.

By 1960, Taylor was arguably the most famous actress in the world, a status reflected by her paycheck for 20th Century Fox’s Cleopatra, Joseph Mankiewicz’s massive telling of the love affair between the legendary queen of Egypt and Roman warrior Marc Anthony (Richard Burton). Taylor was paid $1 million for the part, making her the highest paid actress in the world and the first to be paid a million dollars for a single role. The production of Cleopatra was famously troubled—Taylor became very ill on set, requiring a tracheotomy to save her life, and the production ran enormously over budget following production delays, swelling the budget to $44 million (roughly equal to $310 million today). When the film was finally released in 1963, it became that year’s highest grossing film, though at $26 million, it failed to recoup its cost.

Partner In Crime (And Film)

Taylor won her first Best Actress Oscar for her turn in 1960’s Butterfield 8, which co-starred her then-husband Eddie Fisher. Taylor famously left Fisher for her Cleopatra co-star Burton, which at the time was perhaps the biggest celebrity scandal in history, and with whom she would go on to make several films together, including The V.I.P.s (1963), The Sandpiper (1965), The Taming of the Shrew (1967), Doctor Faustus (1967), The Comedians (1967), Boom! (1968), Under Milk Wood (1972) and Hammersmith Is Out (1972).

The pair’s most acclaimed film together was far and away 1966’s Mike Nichols-directed classic Who’s Afraid of Virginia Woolf? The film brought Taylor her second Best Actress Academy Award for her turn as Martha opposite Burton’s George in the adaptation of the famed play by Edward Albee.

Though Taylor’s film career began to taper in the late ‘70s, she continued to appear periodically in a variety of well-received TV movies and miniseries, from North and South (1985) and Sweet Bird of Youth (1987) to The Simpsons (Taylor famously voiced Lisa Simpsons’ first word) and most recently These Old Broads (2001) with Debbie Reynolds and Shirley MacLaine. Taylor’s last theatrical film was the hit 1994 live-action remake of The Flintstones, where she played Wilma’s meddling mother, Pearl Slaghoople.

Defining Quote “The problem with people who have no vices is that generally you can be pretty sure they’re going to have some pretty annoying virtues.” 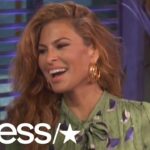 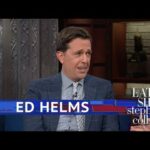