How much is Elisabeth Hasselbeck worth?

This Survivor contestant turned The View co-host isn’t afraid to speak her mind when it comes to the day’s hot topics.

Who Is Elisabeth Hasselbeck

This bubbly blonde wasn’t so picture perfect the first time the world saw her as an emaciated contestant whose hair was falling out on Survivor: The Australian Outback. Since then, Elisabeth Hasselbeck has cleaned up quite a bit and taken over the media world with her spunky personality and confidence to speak her mind.

Elisabeth Hasselbeck has a net worth at around $18 million dollars, as of 2021.

Elisabeth—known back then as Elisabeth Filarski—seemed to be training for a busy life since a young age. Growing up in Cranston, Rhode Island, she played in the state champion softball team at St. Mary’s Academy Bay-View. Elisabeth continued this athletic streak at Boston College as the captain of the Division One softball team. It was in college that she met her sweetheart, Tim Hasselbeck, quarterback of the football team. Starting with a fateful date in the summer of 1997, the pair stayed inseparable until their marriage five years later.

After graduating with an MFA in 1999, Elisabeth began working as a shoe designer at Puma. Her claim to fame happened with an appearance on Survivor: The Australian Outback in 2001 as the fiercely competitive sweetheart who fought her way to the final four. Upon her elimination, Elisabeth discovered that she had celiac disease, which makes her body intolerant to gluten. But ever the fighter, she proactively pursued a career in front of the cameras landing a role hosting the Style Network’s The Look for Less, charming viewers for two years.

The View’s Nicer From Here

When Lisa Ling left the cast of The View, Barbara Walters was faced with choosing her replacement from a staggering amount of candidates clamoring for the role. But Elisabeth wowed the interviewers and became the youthful, token conservative voice amongst a roundtable of experienced celebrity heavyweights. Elisabeth made her debut in November 2003, and became an established member of The View family, even getting an episode dedicated to announcing her pregnancy a year later. Officially a media personality with street credibility, the following spring, Elisabeth took on a new role when she gave birth to her first child, Grace.

But Elisabeth wasn’t a hit with the whole cast of The View. When Rosie O’Donnell replaced Meredith Vieira in February of 2007, trouble started brewing. Elisabeth’s conservative views frequently clashed with co-host Rosie, especially in regards to the war in Iraq and terrorism. The duo constantly bickered with one another until the drama reached a peak in May of 2007. An argument broke out on-air when Rosie accused Elisabeth of not defending her against right-wing criticism of her comments about Iraq. The conversation only intensified until it became a full-blown screaming match. Days later, ABC announced that they had allowed Rosie to opt out of her contract a month early.

But Elisabeth didn’t have time to wallow in the firestorm. She celebrated the arrival of her second child, Taylor Thomas, in November of 2007, and a year and a half later, she had another boy, Isaiah.

Elisabeth has dispelled the assumption that reality show fame is more often career suicide than a good starting point to gaining respect. Now an outspoken voice, who can hold her own amongst the strong minds of The View, and a Daytime Emmy winner alongside her co-hosts, she has outwitted and outlasted her competitors once and for all.

Defining Quote “Underneath these blonde highlights, I’m a fighter.” 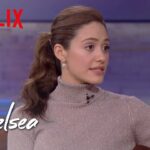 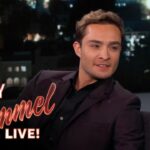