How much is Eli Manning worth?

This athletes place in the pantheon of NFL history is as hotly debated as anyone’s, and in five years’ time when he is eligible for the Pro Football Hall of Fame will likely result in one of the biggest debates as to whether he belongs (that year or in any year).

Eli Manning has gone through several identities over the course of his life. At first, he was Peyton’s little brother, then he was a college star, then a poster boy for petulant crybabies, then a quarterback who everyone assumed was just OK until he turned into the “Joe Montana” in the playoffs and toppled arguably the greatest dynasty in NFL history – twice! – in the Super Bowl before becoming just OK again, getting benched, and then retiring with a win-loss record of exactly 50-50.

You see, then, why his career is likely going to have a complicated legacy when it comes time to determine his ultimate place in NFL history. But before we get to that, let’s take our usual look at where he came from:

Elisha Nelson Manning IV was born on January 3rd, 1981, in New Orleans, LA, into a family that would become almost synonymous with quarterback royalty in college football and the NFL. His father, Archie Manning, played QB at the University of Mississippi (aka Old Miss) in the late 1960’s and early 1970’s before being drafted 2nd overall by the New Orleans Saints in the 1971 NFL draft and playing in the NFL until 1984. Archie Manning was widely celebrated as being one of the greatest QB’s in the history of college football and was a two-time NFL Pro Bowler and was inducted into the New Orleans Saints Hall of Fame, an impressive set of achievements especially considering that, um, he may or may not have ever really been that great (a pattern that would repeat itself with Eli).

While playing for the Saints, Archie Manning had three sons: Cooper (who became a businessman), Peyton (you may have heard of him, he was pretty good at playing QB also), and of course our current subject Eli. Eli grew up not only in the shadow of his father, but also his older brother, who starred at the University of Tennessee and became the first overall pick in the 1998 NFL Draft. Eli, unlike older brother, went to Ole Miss – following in his father’s footsteps – and established 45 school records, winning the Maxwell Award as a senior and finishing 3rd in the Heisman Trophy voting between winner Jason White (who?) and runner-up Larry Fitzgerald (oops, maybe not a great call in retrospect there).

Manning, due to his bloodlines and college performances, then entered the 2004 NFL draft where he was selected first overall…and that’s when things got interesting.

How did Eli Manning earn his net worth?

We calculate Eli Manning’s current net worth is at about $160 million; as noted in the link, he made more money as part of his contract than any other player in NFL history, with his career salary payout being in the $250 million range. His exact net worth is hotly debated and there are different figures online. Our MoneyNet research team has totaled Eli Manning’s net worth at $160 million as of 2021.

In addition to his football earnings, Manning also earns a great deal of money via product endorsements. He starred in a memorable series of commercials for Citizen Eco Drive watches, and also was a spokesperson for Gatorade, Toyota, Reebok, and other companies.

The San Diego Chargers held the first pick in the 2004 draft, but Eli Manning and his camp (including his father Archie) infamously told the Chargers organization that he would not play for them if the team drafted him. There have been many theories in recent years as to why he did this – one of them involving his father Archie, thinking back to his days of playing for a terrible Saints team, didn’t want his son to be doomed to failure in the NFL – but the Chargers eventually did draft Manning and ended up trading him to the New York Giants for quarterback Philip Rivers and a package of other picks.

This incident became the first reason Manning became famous, because for his first few years it certainly wasn’t for his high level of quarterback play. From his rookie year in 2004 until the end of the 2007 regular season, he threw for 77 touchdowns and 64 interceptions, not bad numbers but certainly not great ones either. Of course, I mention these first four years because, despite his middling level of play, when he reached the playoffs that year he turned into Superman (or at least Joe Montana), taking his underdog 5th-seeded Giants team all the way to the Super Bowl, where Manning engineering a historic upset of the undefeated New England Patriots team.

It was, to say the least, a stunning result. Not only because the Patriots (the second team to ever finish a regular season undefeated during the Super Bowl era) lost at all, but because they lost to a team that didn’t scare anyone, led by a quarterback who was up to that point considered disappointingly average at best. Manning, of course, would repeat this feat in the 2011 season when he again led his Giants team to a Super Bowl victory, once again against the much more heavily favored Patriots team.

In between those two years and after them? Not much ever really happened in the career of Eli Manning other than a lot of inconsistency, both in terms of passing statistics and winning games (see again the exactly .500 winning percentage for his career). But the fact remains that Eli Manning once took an underdog team to the Super Bowl, injected ice into his veins, and upset the six-time Super Bowl champion New England Patriots led by future Hall of Famer Tom Brady.

Well, that’s a good question, and depending on how you answer it would be a big part of whether or not you (or people with your same viewpoints) see Manning as someone with a chance at the Pro Football Hall of Fame or not.

Manning’s career statistics are decent at best, with a TD-to-INT ratio of 366-to-244 (not bad, but again not great), a career completion percentage of 60.3% (tied for 43rd all time, behind many quarterbacks who will certainly not make the Hall of Fame). But he also has won two Super Bowls, which is more the majority of people who have ever played the position can say (in fact, while there are quite a few people with two Super Bowl wins, only four quarterbacks have ever won more than that), and his contributions to NFL history given the nature of those two wins – beating iconic and nigh-unbeatable Patriots teams – are as iconic as any have ever been.

In a way, Eli Manning’s candidacy as one of the all-time greats and a potential future Hall of Fame player mirror that of New York Jets legend Joe Namath. Namath, like Manning, was largely a mediocre quarterback for the majority of his career, but his legendary contributions to the history of the game (specifically the Super Bowl III guarantee and subsequent win over the Baltimore Colts), were too much to ignore by the Hall of Fame committee. In the end, you cannot write the history of the NFL without noting the contributions of Joe Namath, and for that he ended up in the Hall of Fame.

Does Manning belong in the same category? Only time will tell.

Eli Manning’s career will be an interesting one to investigate in retrospect a few years down the road when it is time to determine his candidacy for the Hall of Fame. Does his middling career statistics and winning percentage keep him out because, as noted, he was never really that great as a quarterback? Or does his famous name and his two legendary Super Bowl victories allow him entry because of their contributions to the game? It is a good question, but in the end – between his long career, the fame and money and he earned, and his two championships – it’s hard to say that at least Eli Manning wasn’t memorable. And I believe that makes him, for the most part, a success. 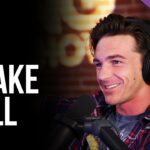 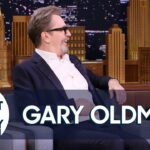