Actor Elden Henson had been in show business for a while but it wasn’t until he became part of the main cast for the sci-fi series Daredevil, that his career really picked up. As of 2022, Elden Henson’s net worth is estimated to be $400 thousand.

Elden was born August 30, 1977 in Rockville, Maryland. His first TV appearance was in one episode of 1st & Ten in 1984. Although he appeared in numerous shows as a child actor, he didn’t get broader recognition. His first big role was Fulton Reed in The Mighty Ducks movie and its sequels. Some of his other roles were in Dumb & Dumberer: When Harry Met Lloyd, The Butterfly Effect, and Rise: Blood Hunter.

In 2014, he received the role of Pollux in The Hunger Games: Mockingjay – Part 1 and Part 2. He then later was cast in the role of Franklin “Foggy” Nelson in the Netflix series, Daredevil.

Foggy Nelson is a Daredevil‘s sidekick but as Henson stressed in one interview, he’s much more than that. It gave Henson an opportunity to show us all that he can take a small role and make it as interesting as some leads. 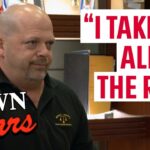 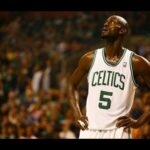